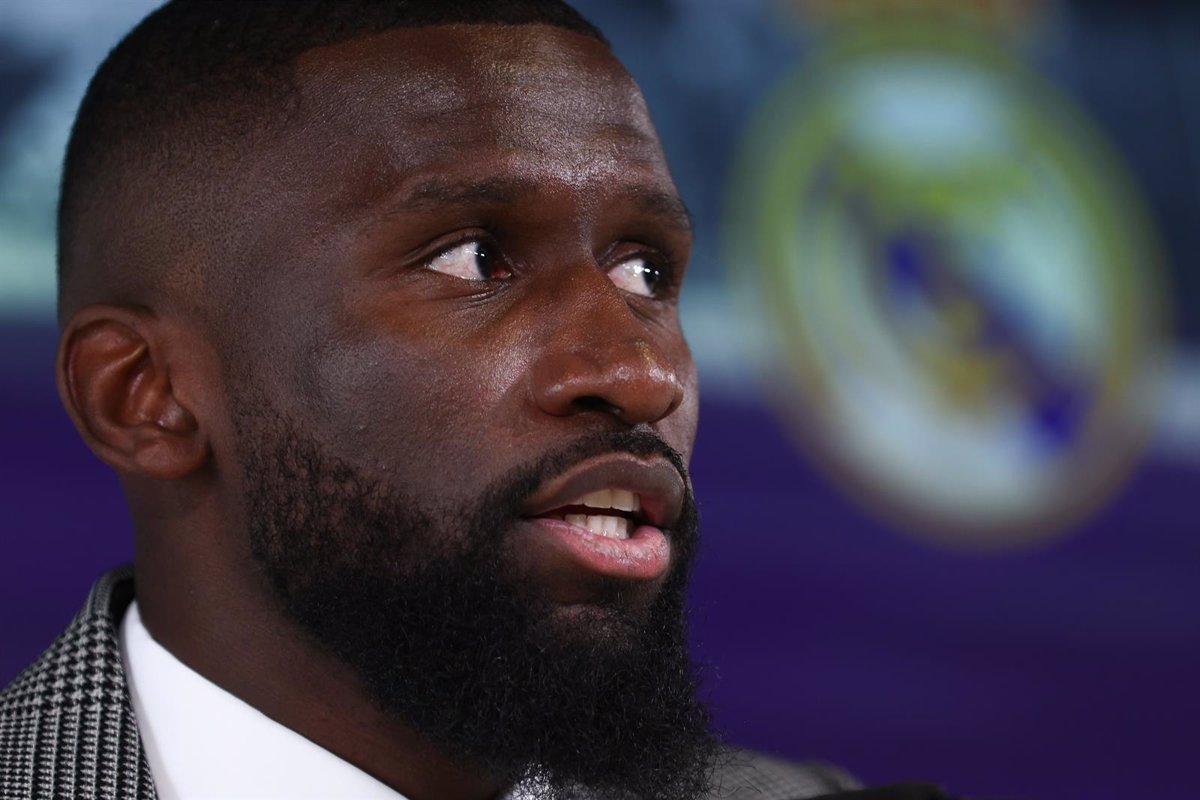 Real Madrid newcomer Antonio Rüdiger, Germany defender, admits he has “never heard” “anything bad” about the Madrid side, whose “true face” can be seen above all in their favorite competition, the Champions League.

“I didn’t talk too much with Kroos about Real Madrid, I talked more with Mateo Kovacic and he told me a lot of things because he talks a lot with Modric. He said to me: ‘Go there and have a lot of fun, that is a big step for you. I haven’t heard anything bad about Real Madrid,” he said.

In addition, upon his arrival, he reiterated “the key role” played by Carlo Ancelotti. “After talking to him I knew he wanted to join Real Madrid but in general everything that makes Real Madrid speaks for itself,” he admitted. “It is a great honor for me to work with Carlo Ancelotti. I’m convinced I can learn a lot more from him and I hope he will help me win another Champions League,” he added of the Italian coach.

The international continues as if he were “dreaming” about his signing and is excited about the challenges that await him. “I think everyone knows it and you can see it behind me. I’ve always said that the Champions League is Real Madrid’s competition because that’s where you can see your true colors,” he said.

In defining himself, he made it clear that he was “a player with character”. “But the best thing about the rest is that other people say it and don’t talk much about themselves. I think it’s difficult to improve your speed, but I’m lucky because it’s something I have thanks to my genes, and that makes me very happy.” ” he warned.

“On the field, I’m a purely work-focused person, but off of that I’m funny and I like to laugh and for people to have a good time, although mostly I can laugh at myself,” he continued and prompted this with people calling “‘Rudi'” because he doesn’t like Antonio and Toni is already booked for Kroos.

Referring to his teammates in defence, he stressed that they are “players who just won the Champions League”, including Nacho who “has won it five times already”. “We’re talking about a very good combination of experience and, for example, Militao, who is a bit younger but also internationally recognized and with a lot of games. I’m looking forward to the start,” he said.

- Advertisement -
Share
Facebook
Twitter
Pinterest
WhatsApp
Previous articleThe Jan. 6 commission focuses on Trump’s pressure and threats against various officials so they would not certify Biden’s victory
Next articleThis young Fear The Walking Dead actor was found dead in his bedroom