Rubén Pozo: Learning to live when Pereza’s mattress is gone 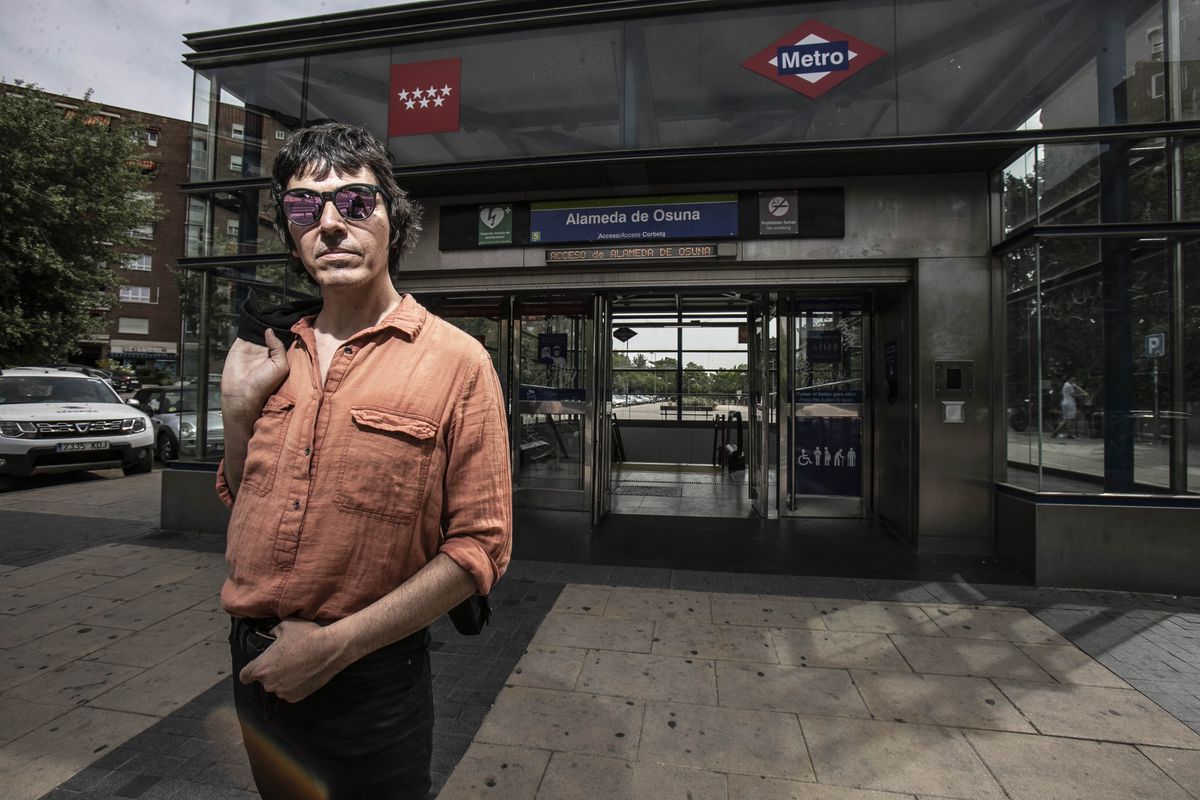 The last message Rubén Pozo received from his father was: “I love this song, it’s very positive.” He passed away a few days later. Came in suddenly with Covid. He was 74 years old and in good health. But the virus took him away in a few days, without saying goodbye to his family, without his own cordiality. Alone, in the intensive care unit of a hospital, like so many other Spaniards lately. His son’s last album Vampire, is now out and dedicated to him, the person who made him fall in love with rock ‘n’ roll thanks to the Rolling Stones, Bod Dylan or Led Zeppelin vinyls. The song of El Chepas, as Rubén affectionately called his father because he always carried a backpack on his shoulder, named persons and opens his fourth solo work. It is an affirmation of the condition of man with all his faults on his back. It goes like this: “Say ‘I love you’ whenever you want, say ‘I’m sorry’ when you feel like it. / Do not judge yourself harshly, error is human. / It must be human and not a robot”.

When El Chepas died vampire It was already in the making process: “My brother, who designed the album, and I wanted to surprise him when he got out of the hospital. He was sedated and we thought, ‘If he wakes up and sees him, that will help him recover.’ We’ve included a photo of him when he was 46, my age now. It was a surprise. But he didn’t wake up. The virus knows no mercy. He had worked all his life and now he was living happily with his partner, his grandson… We saw each other more than ever. He came home, we made a paella… things in life. It’s a shame,” he explains with beaming eyes. And he adds: “I’m not a believer, but sometimes I talk to him: ‘I have an important concert, give me strength, send me a ray of energy, Chepas’.

Rubén Pozo had to learn not to be famous anymore. It was, and plenty, as he filled bullrings and pavilions with Pereza in a duo he shared with his neighborhood friend, Leiva. They worked at full speed in the 2000s and left in 2012. Then the two solo careers took off: Leiva conquered the public and Rubén asserted himself as an author. “I had to learn to appreciate what I have and stop thinking about what I no longer have. And I am happy. When I started my solo career I thought few people came to my concert and compared it to Sloth. But now I just think of the people who are coming, who are few but loyal, and how lucky I am to be able to devote myself to this and that enough people are coming to enable me to continue making a living from music.”

vampire includes a song that speaks candidly about this whole process. in the after the storm the author proclaims that “he owes three months’ rent”, that “he sold the boat at a loss”, and that only “the remains of love” remain. “I write about mine, about what’s happening to me. In this song I’m talking about the mattress I took with me on the Pereza tours I’ve been to. I’ve already used the money… for things, for life. I take my life and the hits I’ve given. When the confinement came and I couldn’t play, it was tough because I have to act to live. I also talk in the song about how I’m very bad with my girl and we’re having financial problems. And the landlady tells us that we owe three months’ rent and I tell her that I can’t go to work because there are no concerts. And suddenly one day the oxygen balloon of my copyright, which is like a little gift every six months, comes and I go and make up with my girl and write an upbeat song. What I do know is that it is.” Told in spurts with a harsh Madrid accent, this statement portrays this sincere and direct musician.

He tells it on a terrace in Alameda de Osuna, a neighborhood in north-east Madrid near Barajas Airport. Rubén grew up here, played and studied guitar in the parks. It’s 12 a.m. and before he orders a pint, he announces, “Damn, I’m going to pretend I’m drunk, but I’ve been upstairs since 7 a.m.” He lives in Guadalajara (for rent) with his partner and six dogs and woke up early to take his son Leo (15 years old) to the institute in Alameda de Osuna. Right next door is the house of the child’s mother. Leo spends a week with each parent. The two get along. even her Clara Tellezwith a musical career that has led Los Peces recently sent him a guitar and vocal version of Persons. “It was very good, really. She sings beautifully,” says Pozo.

He assures that he went through a process to assimilate his minority status: now he acts in theaters for a few hundred. “It came from one thing [Pereza] very large. Success poisons you. And this world constantly demands success. But success isn’t what they tell you. It’s what you have in mind. It’s important for me to do this interview because it’s already my fourth solo album.” He would like to perform with his own band, but at the moment he doesn’t have the means. In turn, he found the magic by walking alone with the guitar. Last year he drove his own car; Now he’s on the train. “I go as bluesman, by train They put the car into gear and I paid for the ticket. But the rest is the same,” he has a wry smile.

in the vampire Pozo polishes acoustic pieces that look like nothing else. He has managed to create an identifiable style and every day he sings and writes with more personality. They are songs that have many things with a great capacity for synthesis. He pouts a little before facing this reflection: “People stick to the story: Leiva plays in pavilions and I in bars; He’s the good guy and I must be a shit. But that’s what those who haven’t seen me live say. Very special things happen at my concerts. We experience incredible nights. i have what i need If I put out a record and nobody comes to see me, then I have to worry…”.

With Leiva you can see further. They are friends. He says they separated Sloth at the right time, just before they weren’t fighting “hands on”. “Everything that happened with Pereza was because of Leiva. The achievements are yours. I was lucky enough to meet him. I experienced something that I would not have experienced myself. Now I see him on TV performing at the Grammys or whatever, and it’s like I’m his mother: I’m nervous and tense and hoping everything will be alright. Leiva was one of the first to come to comfort him when his father died. “What do you need?” he told her.

In that last song his father heard Persons, Rubén’s son Leo plays the drums. “He likes them heavy metal, He plays it with complex double bass drums, which is how he found the sound of Persons. I let him know that this is a job and I paid him 100 euros for a session day. I think it’s important that he learns that it’s a job.” A good example of Ruben’s Law.