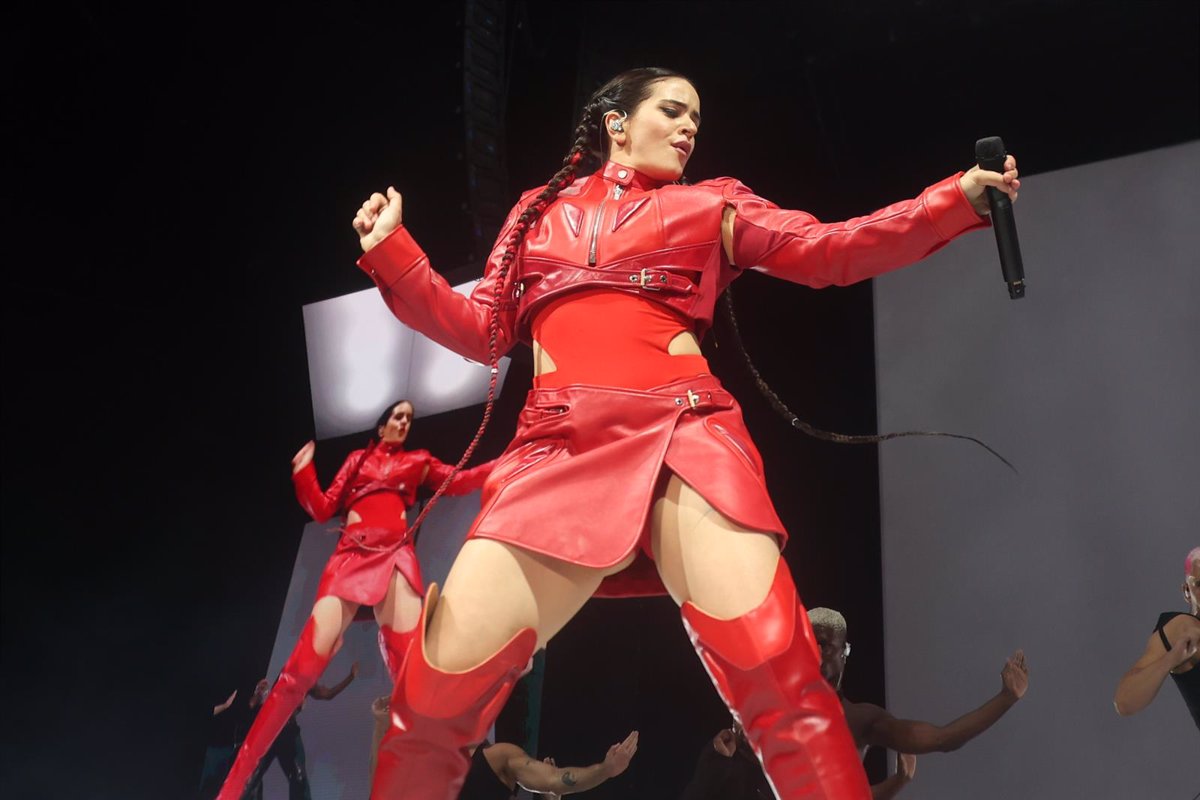 Catalan singer Rosalía made Madrid roar this Tuesday night at the WiZink Center where she hung the No Tickets sign as part of her Motomami World Tour.

A few minutes after 9:30 p.m., the engines began roaring through the loudspeakers, announcing the artist’s arrival. Rosalía appeared camouflaged among her dancers, all crouched in light helmets.

Amid cheers from the audience, Rosalía appeared in a skirt, leather jacket and high red platform boots, and her hair was tied in two long pigtails.

During the hour and a half that the concert lasted, fans who had been queuing for hours in full sun didn’t stop singing the artist’s songs, which began with “Saoko” and continued with songs like “Bizcochito.” and “The Glory”.

“Madrid: How are we tonight?” the singer saluted, ensuring that every trip to the capital made her feel “very loved” and “happy”. He also thanked his followers, “the best fans in the world”. “Do the music I make, I feel like you support me. It’s a blessing,” he remarked.

There was also no lack of interaction with the public, who carried banners with petitions for the artist as a fan, who had come to sign Rosalía’s master’s thesis. In addition, the singer did not hesitate to get off the stage and bring the microphone closer to her to continue the songs.

After a bit of flamenco came “Motomami”. “When I say Moto, do you say it too?” Rosalía asked, to which people yelled “Mom!”. Then the dancers formed a motorcycle with their bodies and the artist got on the fictional two-wheeler to perform her song.

In the middle of the concert, Rosalía, who had to hydrate several times and dry her sweat due to the heat, sat in a barber chair, took a pair of scissors and cut off her braids, then let her hair down. . “So much better,” the artist has condemned.

He also baptized a song with his fans. “Despisá or side to side?” Rosalía asked. “From here she is officially baptized as Depecha,” the singer settled down between cheers from the audience.

In the second half of the concert, Rosalía delighted her fans with songs like “En tu mirá”, “Malamente” and a song she hasn’t released yet, “Aislamiento” to close “Con Altura”. “I want us to end up with a good, good height,” Rosalía stressed.

An hour and a half into the show, the artist left the stage and people chanted her name for her to come back. Back then, the singer surprised by returning on stage on a scooter while singing “Chicken Teriyaki,” ending with songs like “Sakura” and “CUUUuuuuuute.”

Rosalía will perform again this Wednesday at the WiZink Center in Madrid as part of her “Motomami World Tour”, which will also take her to Barcelona, ​​​​​​Barakaldo, A Coruña or Mallorca this month.

The world tour, with which Rosalía will visit 16 countries, began on July 6th in the city of Almería. A hundred people from the technical team work with the singer and travel in eight trucks with material to put the show on its feet.

Previous articleAnniversary of ‘Apollo 11’: What has changed in space exploration since arriving on the moon?
Next articlePrincess Madeleine: Her summer plans remain secret