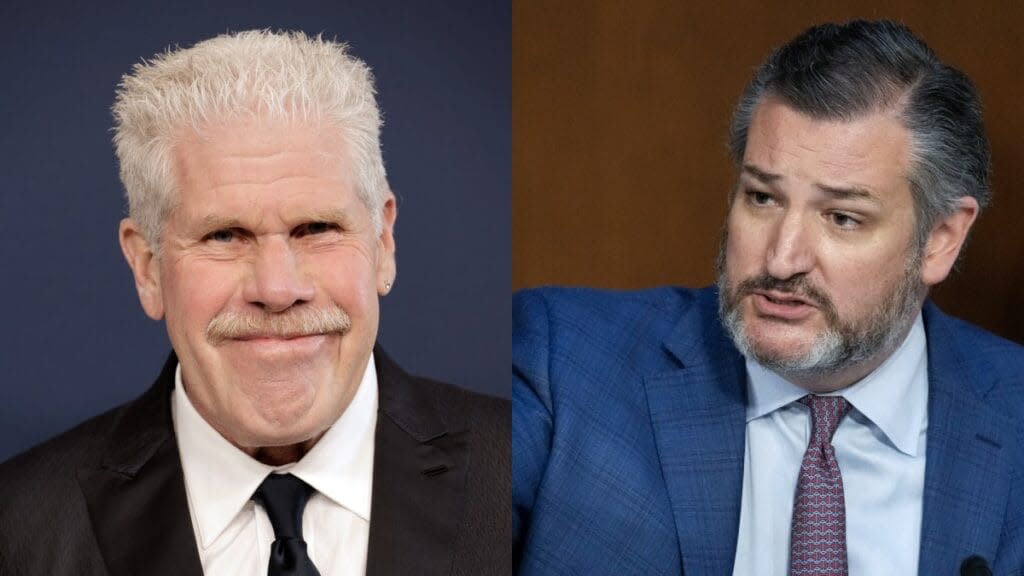 “Hey Ted, this is Ron,” the “Hellboy” actor began in a video posted on social media. “Listen, I know how tempting it is to appeal to the lowest form of humanity here in the United States, the bottom feeders, people who pride themselves on hate and lack of education and the inability to read and the inability to understand the difference between true patriotism and the bullshit you’re selling.

“I know how tempting it is to play for those people,” Perlman continued. “Because at least you have a foundation, but my God, Ted, for someone with a very, very small d, you get to be a bigger jerk every fucking day. Fuck off”.

This is not the first time Perlman has weighed in on burning issues of national importance.

In late January, Perlman scolded critics of Adam McKay’s climate change film “Don’t Look Up,” which is due for release in late 2021.

“Fuck you and your self-importance and this self-perpetuating need to say all the bad things about something just so you can draw attention to something you had no idea to create,” the actor said in an interview with The Independent.

In the film, a pair of scientists (Leonardo DiCaprio and Jennifer Lawrence) discover a comet headed toward Earth that will likely bring about the planet’s destruction. After a failed attempt to urge the president (Meryl Streep) and her son (Jonah Hill) to act on the impending doomsday comet, DiCaprio and Lawrence embark on a bumpy ride through the media cycle. to try to get the word out more publicly. .

Perlman played military officer Benedict Drask, who is asked by the US government to go into space to stop the approaching comet that will destroy Earth. But when the government realizes the comet could contain a substance worth trillions of dollars, it changes its mind about sending Drask to stop it.