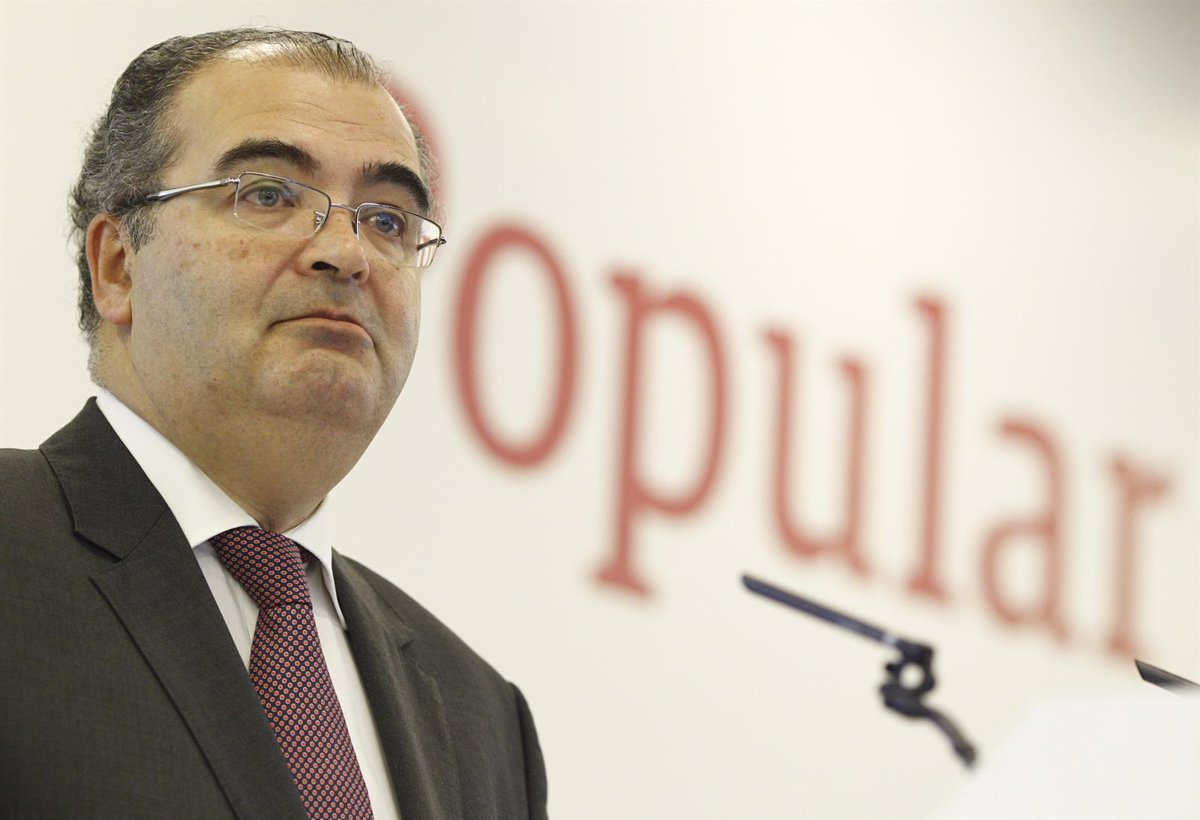 Former Banco Popular president Ángel Ron has denied his “participation or intervention” in the events that National Court judge José Luis Calama has scrutinized throughout the investigation, for his part affirming that there is no “conduct , i.e. criminally reprehensible” during the time he was in charge of the company.

In a letter to the Central Court of Instruction Number 4, accessed by Europa Press, Ron distances himself from the funding of equity interests in clients, valuations and operations related to venture capital firm Thesan Capital. “He was not involved in any of them,” he claims, “his factual knowledge is limited” to the issues discussed by the board of directors.

Those matters the judge is investigating would, according to Ron, have been “matters outside of the board and in any case outside of the company’s president, who, as this investigation demonstrates, was fed on the information arriving through the relevant departments at the council and not.” vice versa”.

Ron, one of the principal investigators in this complex case, has provided the judge with two relevant expert reports prepared by two Bank of Spain inspectors on leave. The first of them analyzes the structure of Banco Popular’s corporate governance, as well as the details of the supervision of the company.

The second, in turn, relates to the extension of the expert opinion of the Bank of Spain of June 13, 2022. In particular, it was an extension of a report they had prepared themselves in 2019, commissioned to determine whether, at the end of 2015, Popular and its “relevance” to the bank’s financial statements.

IT WOULD VOID THE CONCLUSIONS OF THE REPORT

In fact, one of the pending procedures in this case is the ratification of this extension by the experts, to which they will be summoned on September 14th. Therefore, Ron asks the instructor for the instructor to summon the expert José Antonio Iturriaga, on leave, who prepared the report he is now presenting, so that he can ratify it jointly with the other two experts.

The former president of the bank considers Iturriaga’s testimony in court to be relevant insofar as his report comes to different conclusions than the report submitted to the judge. The document prepared by Iturriaga, specifically “Proof that there are no accounting weaknesses in the annual accounts for the year 2015, contrary to the possible interpretation of the conclusions expressed in the OSI and contrary to the interpretation of the inspectors of the Bank of Spain”.

And that, Ron explains, “As noted in the well-deserved report, the nature and purpose of the European Central Bank’s periodic inspections is prudential and prospective, rather than accounting as in FY2014.”

“Reason for which, since they do not have the character of a whole or an overall consideration, but are limited to certain samples that cannot be extrapolated or follow statistical criteria, a retrospective application is not possible under any circumstances such results according to accounting criteria. , in another case, distorting the literal tenor of the regulations and generating an artificial result as a result of improper retrospective exercise, which in our opinion invalidates the conclusions of the report of the Bank of Spain when it is intended to demonstrate an amending accountant,” they denounce .

Regarding compliance with corporate governance in the entity, the former president claims that the bank had “sound procedures and a clear organizational structure with clearly defined, transparent and coherent areas of responsibility”.

“During the years analyzed, it has been observed how the boards of directors attach importance to the new trends in corporate governance and changes are made in order to comply with both the standard and the recommendations for corporate governance,” he points out.

On the other hand, referring to the regulatory oversight of credit institutions, Ron denies the “existence of accounting distortion”, but affirms that “in the years 2014 to 2016 no breaches of corporate governance or internal control” occurred at the company.

“The Banco de España, in its report of April 8, 2019, does not refer to the fact that the board of directors was aware that the company finances buyers of new shares and that the responsibility would in any case lie with the internal audit board,” he says.

THE END OF THE INSTRUCTIONS

This letter from Ron comes two weeks after the trainer agreed to extend his investigation into alleged accounting irregularities at Banco Popular in 2016 and leaks to the press that would have led to the financial institution’s dissolution in 2017 by a further six months to extend the “extraordinarily complex nature” of the case.

In addition to the above-mentioned judicial confirmation by the experts, the judge is “awaiting a decision on the relevance of certain procedures requested by one of the parties, a procedure that has been postponed pending the analysis of the expert reports” They are over.

Legal sources consulted by Europa Press stress that these are the final steps before this case is closed after a five-year investigation.

- Advertisement -
Share
Facebook
Twitter
Pinterest
WhatsApp
Previous articleBBVA earned 3,000 million in the first half, up 57%, on the strong recovery in its margins
Next articleCaixaBank cuts its profit by 62% due to the impact of the merger with Bankia