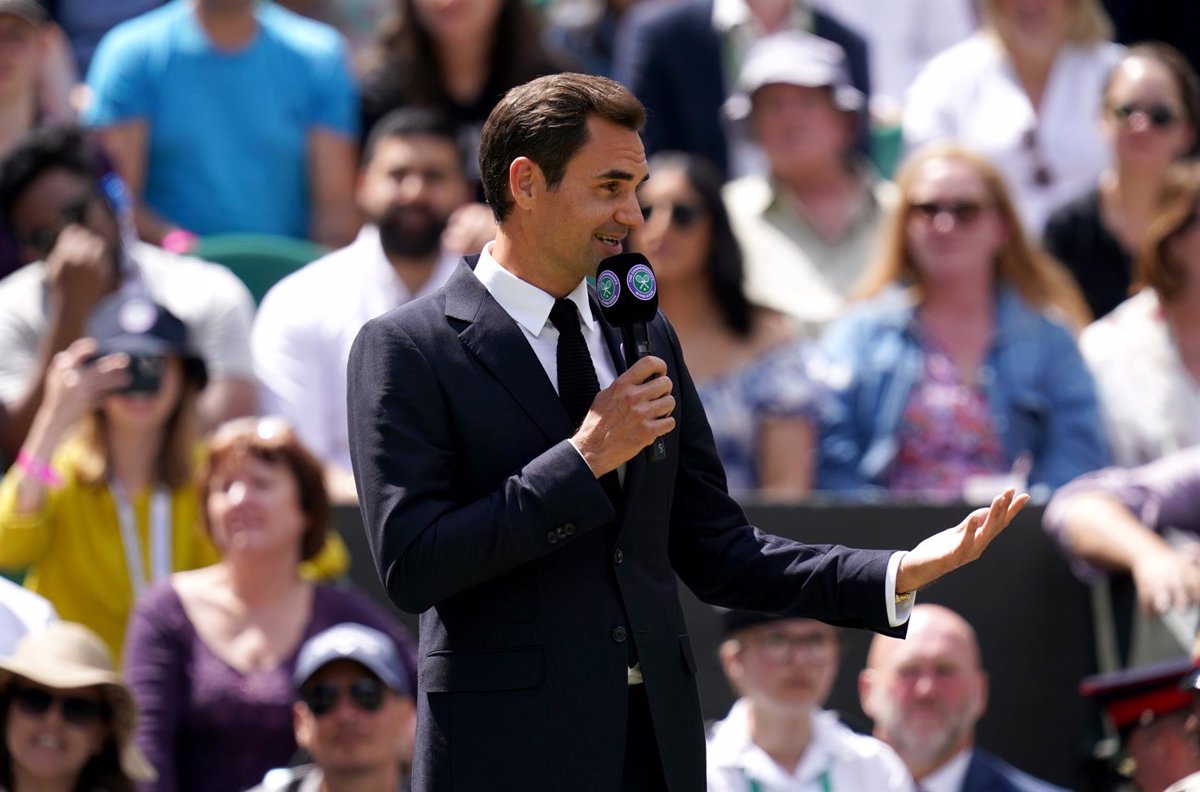 Swiss tennis player Roger Federer expressed his desire to play “one more” on Wimbledon Center Court, the centenary court that has given him “his best wins and losses” and that he will not be able to step on this season due to a knee injury he suffered suffered at the last edition of the tournament in London.

“I hope I can come back one more time. Maybe I didn’t think it would take so long to come back, but the knee was hard for me. I’ve been lucky enough to play a lot of games on this pitch, so I’m uncomfortable, here to be in a different role,” admitted Federer during his visit to the All England Club to mark the centenary of the tournament’s Center Court.

The 40-year-old Swiss was joined at the ceremony by former London “Grand Slam” champions such as Novak Djokovic, Martina Hingis, Margaret Court and Bjorn Borg. As such, the eight-time tournament winner is hoping to extend his long association with Wimbledon once he returns from injury.

“This track has given me my biggest wins and losses. One of my highlights, of course, was in 2001 when I came here with Pete Sampras for a memorable fourth-round match that inspired many of us to play, try and succeed to represent the sport well. I hope I’ve achieved that,” he said.

The 20-time Grand Slam champion has not played a match since having knee surgery after losing to Hubert Hurkacz in the Wimbledon quarter-finals last year.

However, the Swiss ruled out his retirement and intends to return to the ATP circuit in 2023. “I missed being here, I would have loved to have been here, but I knew after leaving here last year that it was going to be a difficult year,” added the Swiss, who despite the obstacles to returning to the courts “regardless” of tennis was happy.