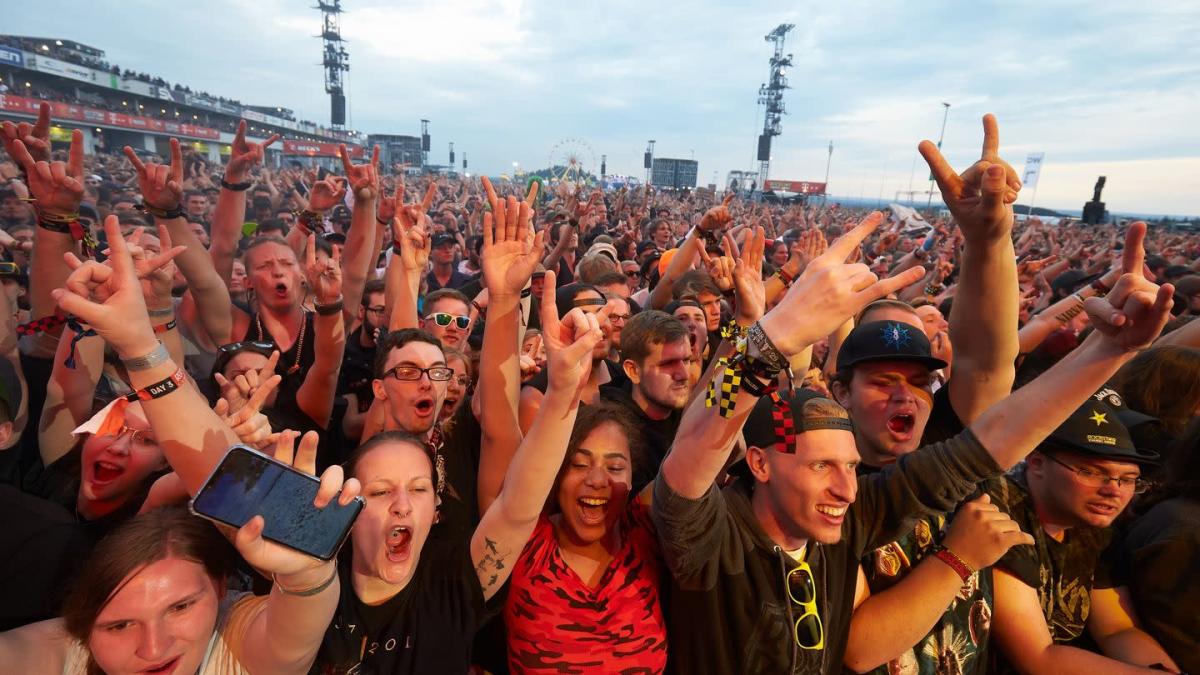 Nürburg/Nuremberg (dpa) – After a two-year break due to Corona, the legendary music show “Rock am Ring” in the Eifel and its Nuremberg sister festival “Rock im Park” will take place again.

According to the organizers, until shortly before Christmas 2021, a total of more than 140,000 tickets were sold for both festivals from June 3 to 5. The new organizing company Dreamhaus did not want to give more current figures for the moment.

His spokeswoman Claudia Schulte told the German Press Agency that several tens of thousands of spectators in the Eifel and in Nuremberg seemed realistic from today’s perspective given the planned relaxation of the corona measures. For example, the big Rhineland-Palatinate Day event has already been officially announced for May 20-22 in Mainz.

According to Schulte, around 80 percent of the ticket holders for the “Rock am Ring” and “Rock im Park” festivals in 2020 and 2021, which were canceled due to corona, exchanged tickets for the new editions this year, in instead of claiming your money back.

Headlining the twin festival on the first weekend of June 2022 are Green Day, Muse and Volbeat. Despite the change of organizer, the traditional concept with around 80 bands each on three stages at the Nürburgring and Nuremberg Zeppelinfeld will remain, Schulte said.

“But there’s also a bit of a fresh wind,” he added, for example, with new websites and apps. A miniseries with fan videos on YouTube and the websites of both festivals aims to open the mouth for the long-awaited return of the musical show.

The young Samira, for example, speaks in a video for “Rock am Ring” of “bad mood” and “deep sadness” due to the canceled editions of the festival 2020 and 2021 due to corona. That’s why she opened a little rocker sewing studio in her kitchen. Only when she races again at the Nürburgring music show will she truly be able to put the pandemic behind her.

“Rock am Ring” first took place in 1985 and is considered one of the most traditional rock festivals in Germany. In 1997, the simultaneous sister show “Rock im Park” in Nuremberg was added.