Robles stresses that defense policies are “branding” Sánchez, and he has reiterated that spending in 2029 will be 2% of GDP 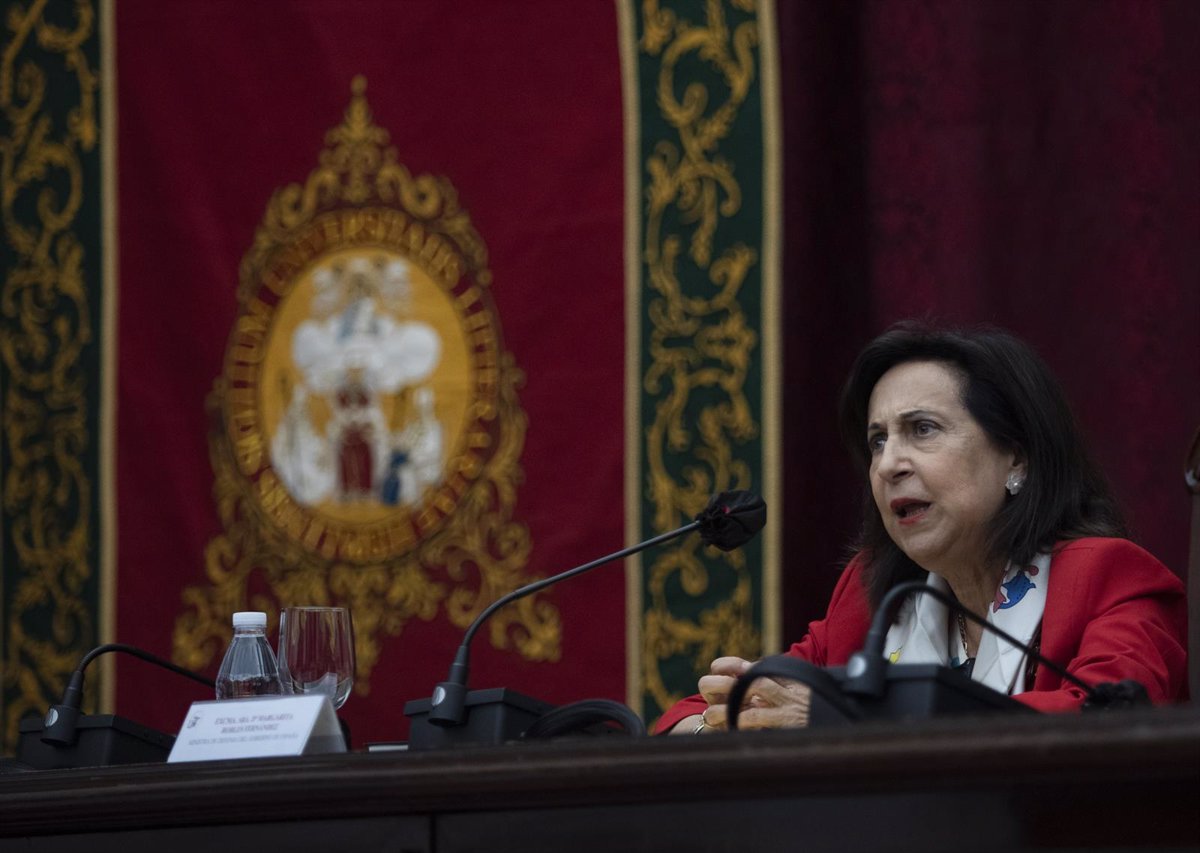 Defense Secretary Margarita Robles defended this Friday that politics on “state” matters like defense is being “branded” by Prime Minister Pedro Sánchez, who has said on numerous occasions in relation to spending on the post that “in 2029 we will be 2 % of national GDP”.

This was stated by the minister when she attended an information forum organized by the Joly Group in Seville and when asked about the differences between the partners in the coalition government – PSOE and United We Can – on the commitment made by Spain before NATO increases its defense spending .

In this context, Margarita Robles has claimed that “in the four and a half years” of Pedro Sánchez’s government – of which the first year and a half was the only government of the PSOE – “13,000 million euros were invested in defense”. , which represents “an investment effort like never before” and has guaranteed that “the defense budget will now be increased”.

In doing so, the minister defended the “very important commitment” made by the Sánchez government to investment in defense and guaranteed that this “will continue to be the case”, even though in a coalition government each party “will maintain its positions “. He wanted to make it clear that there are “issues that belong to the state,” such as “the security and defense part,” and “foreign policy,” where policy is “determined by the president, the government.”

“And the governor didn’t hesitate for a moment on this matter” and “I don’t know how many times I said” that “in 2029 we will have reached 2% of GDP,” he stressed. “I don’t know why we don’t comply,” commented the minister, who also claimed the “many jobs” created by the industry linked to this sector.

In doing so, he defended that “people know that investments in defense are investments in security and jobs”, that they are also “highly skilled” and “drivers of business”.

Margarita Robles has also estimated that “the latest published polls” reflect that “80% of this country’s citizens admire the armed forces,” which “is a source of pride for everyone.”

When finally asked about the Spanish soldiers’ salaries, the minister stated that she “would like them to earn more” and that she felt that “at the time when the salaries of other security forces were being increased”, “it was not done with the armed forces”.

Previous articleStoltenberg warns Russia of “serious consequences” if it uses nuclear weapons in Ukraine
Next articleThe United States reiterates that the Russian referendum in eastern Ukraine is “a sham”.