Robert Lewandowski: “I saw the team’s potential and I’m ready to be a part of Barça” 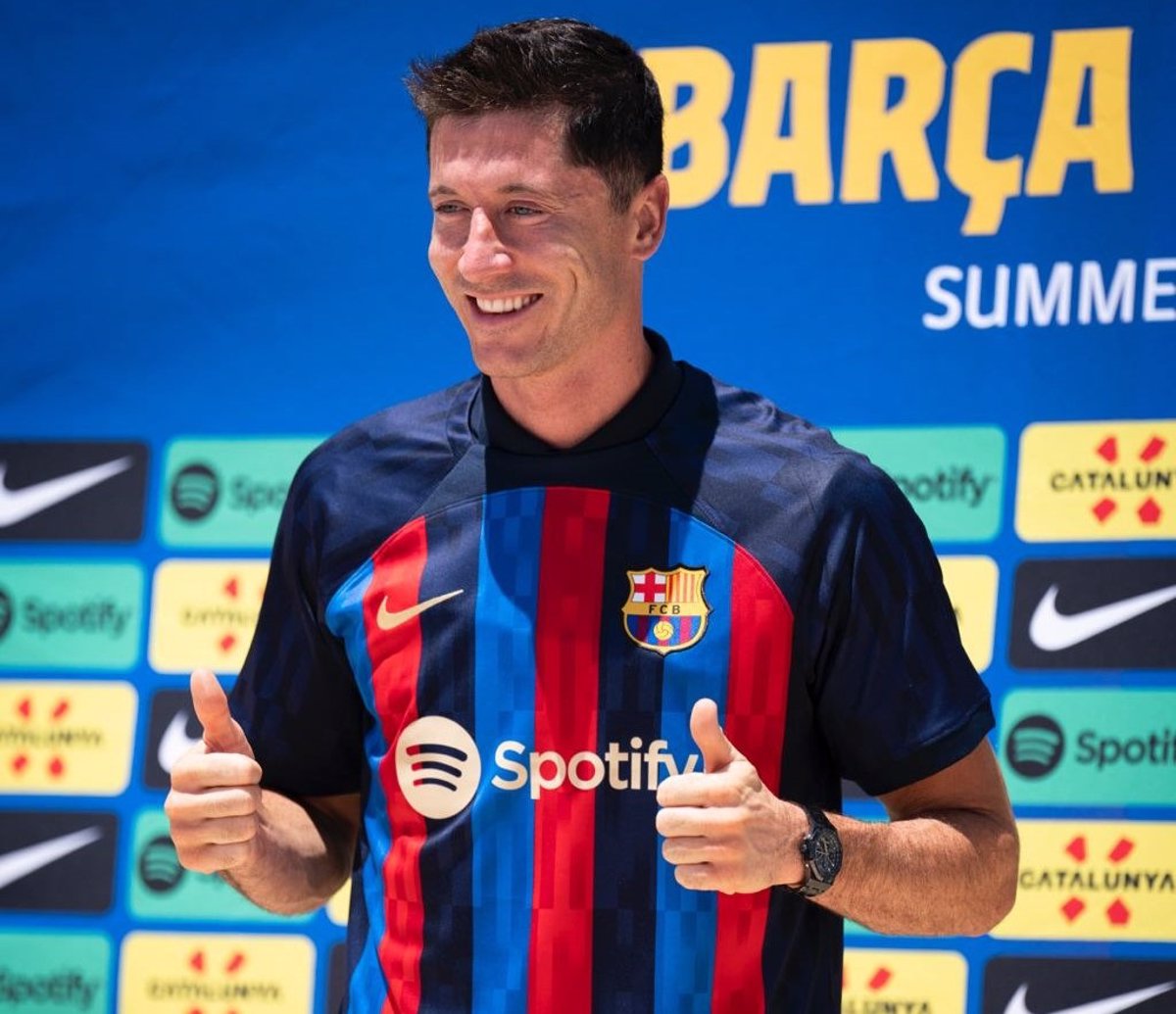 Joan Laporta: “Lewandowski is a football star, we have great expectations”

Polish striker Robert Lewandowski, new signing at FC Barcelona, ​​in his welcome speech, emphasized the potential of his new teammate after beating Inter Miami 6-0 from the stands in the second preseason test to be “prepared” part of the Catalan Unit.

“I’m very happy to be here, it was difficult but in the end I arrived and it’s wonderful. Yesterday I saw the potential and the quality of the team. I love being part of this great club with a great history.” , he said on Wednesday at his short presentation in Miami (USA) together with Laporta.

The 33-year-old Polish forward has already attended the training sessions with his team-mates until Xavi Hernández arrives on the US tour due to his visa issues. “I love being part of this team. I just want to be able to stand on the pitch and play the next game. What has happened in the last few days is unbelievable, we have to be prepared for anything,” he said.

“I want to help the team win the game with goals, like any striker. This is a big challenge for me. In football you always have to be hungry, in my case I want to score and win, I’m in the right position.” . I want to make history here,” concluded the Poland international, who could make his debut in Las Vegas this Sunday, in the third friendly against Real Madrid.

JOAN LAPORTA: “WE HAVE GREAT EXPECTATIONS IN LEWANDOWSKI”

For his part, FC Barcelona president Joan Laporta recognized Lewandowski’s “extraordinary” efforts to play “culé” in the team, for which he thanked his disposition. “It wasn’t easy, we’re very proud that he came to play for us. We need him and we have great expectations. He’s a football star and a hard worker,” he said.

With the signing of the former Bayern Munich player, Laporta underlined the work on the “return” to bring the Barça team into the world. “As best we can, we will form a more competitive team. We are making progress and doing our best to restructure this Barça,” he concluded.

Previous articleA second attempt to build the City of Justice after the project was interrupted by Aguirre’s corruption
Next articleFIFA 23: Release date confirmed for PS4, PS5, Xbox Series X/S, One and PC