Riz Ahmed wins his first Oscar for The Long Goodbye 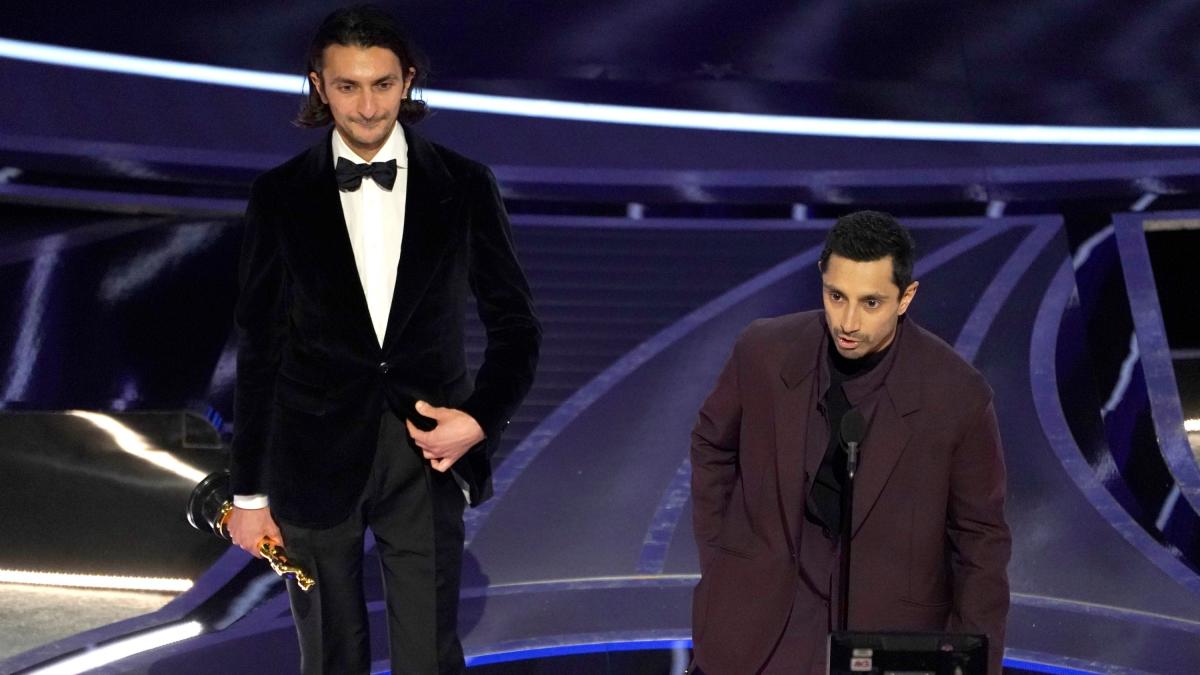 Riz Ahmed reflected on the “role of history” during an acceptance speech for best short film (live action) at this year’s Oscars.

The 39-year-old actor and musician took the stage during the star-studded ceremony in Los Angeles to accept the award for The Long Goodbye.

The 11-minute film, directed and co-written by Aneil Karia, who accompanied him on stage, which is also co-written and starring Ahmed, follows a family preparing for a wedding celebration when “events unfolding in the outside world suddenly arrive at his door.

Speaking on stage, Ahmed said: “In such divided times, we believe the role of history is to remind us that it’s not us and them, it’s just us.

“You are not alone, we will meet you there. That’s where the future is.”

Last year, Ahmed was nominated in the best actor category for Sound Of Metal, where he played a drummer who loses his hearing, but lost out to Sir Anthony Hopkins, who won for The Father.

He first found fame with the British public as one of four incompetent British terrorists who set out to train and commit an act of terror in Chris Morris’s 2010 film Four Lions.

Since then, the actor, who is also a rapper known as Riz MC, has starred in Nightcrawler, Jason Bourne, Venom, and the Star Wars movie Rogue One, as well as TV appearances on Girls and The Night Of.

“Story is a place where you can imagine yourself in someone else’s experience. Doing so increases your empathy and opens your heart and mind.

“Broaden your horizons on what you can relate to and how we are all the same.

“So, of course, at a time when so many migrants, refugees and immigrants are being so dehumanized, I think it’s very important to tell stories that change that.

“What we try to do with our film is show the challenges, the dangers of where we are headed, but also celebrate the joy and community of the immigrant family at the heart of this story.

“We look forward to continuing to tell stories that complicate and elevate our experience on screen so that people can truly empathize.”

He revealed in January last year, during an appearance on The Tonight Show Starring Jimmy Fallon, that he and American writer Fatima Farheen Mirza had married.

The actor joked about their alleged “secret” wedding, telling Fallon, “It’s weird because we live in an age of social media if you don’t speak into a megaphone about things that are like a secret.

“But I never know how much oversharing is.”

In the 2020 film Mogul Mowgli, he played a British-Pakistani rapper named Zed on the cusp of his first world tour, who suffers from an illness that threatens to derail his burgeoning career.

The film was subsequently nominated at the 2021 Baftas in the Outstanding British Film category.

He established his own production company called Left Handed Films.