Rising costs drive up the price of London dinners by 40% 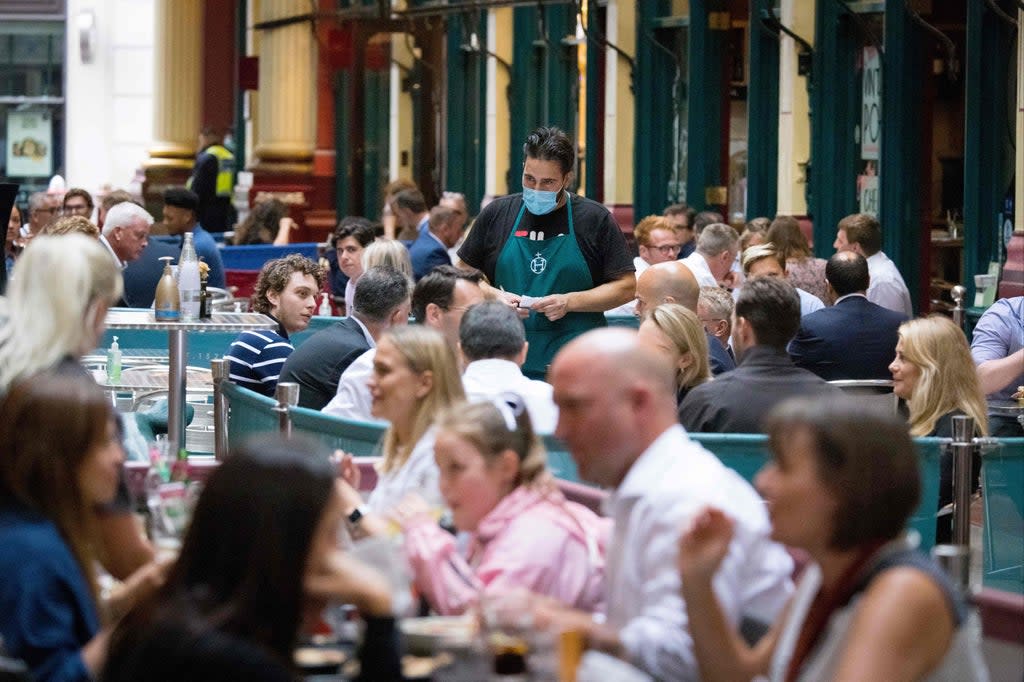 The price of eating out in London could soar by as much as 40 per cent as the “almost unmanageable” extra costs are passed on to customers.

Leading restaurateurs say they will inevitably have to charge more to survive due to the unprecedented “perfect storm” of cost increases.

Food prices are already rising rapidly with ingredients such as sunflower oil in short supply since the start of the war in Ukraine. About half of the world’s supply of sunflower seeds comes from the Ukraine and Russia.

Energy costs are expected to rise further later in the year. A temporary cut in the VAT rate for the hotel industry during the pandemic ends next month, resetting it to 20 percent from 12.5 percent.

Employers are also facing additional national insurance bills on top of wages that have already increased due to staff shortages. Other costs like rent and insurance are also rising.

Hospitality businesses are furious that no new aid was offered to the sector in the spring statement, although a previously announced temporary discount of 50 per cent for one year on business rates will come into force next month.

Restaurateur James Robson, co-founder of Fallow in St James’s, said food prices were rising by 10-50 per cent and customers’ bills would have to rise by 20-40 per cent this year, and could be duplicated in the next. three years.

Robson said his VAT bill alone will increase by £5,000 a week from next month. He will try to recoup about £4,000 by adding £2 to the price of best-selling dishes, such as the cod head with Sriracha butter sauce, currently priced at £18.

He said: “We are one of the luckier ones, with key dates booked a month or two in advance, but the cost headwinds are almost unmanageable without passing on some of the increase.”

David Moore, owner of Pied a Terre in Fitzrovia, said his utility bills were triple the £2,500 a month he was paying before Christmas and his rates will double when the 50 per cent discount expires.

He said: “People are going to see unprecedented price increases across the board, otherwise a lot of restaurants just won’t survive.”

But Sam Harrison, owner of Sam’s Riverside in Hammersmith, said customers were already feeling the pressure and might balk at higher prices. He said: “Realistically, we should add 15-20 per cent to menu prices just to put ourselves in the same spot, but I don’t see how I can convey that to the customer.”