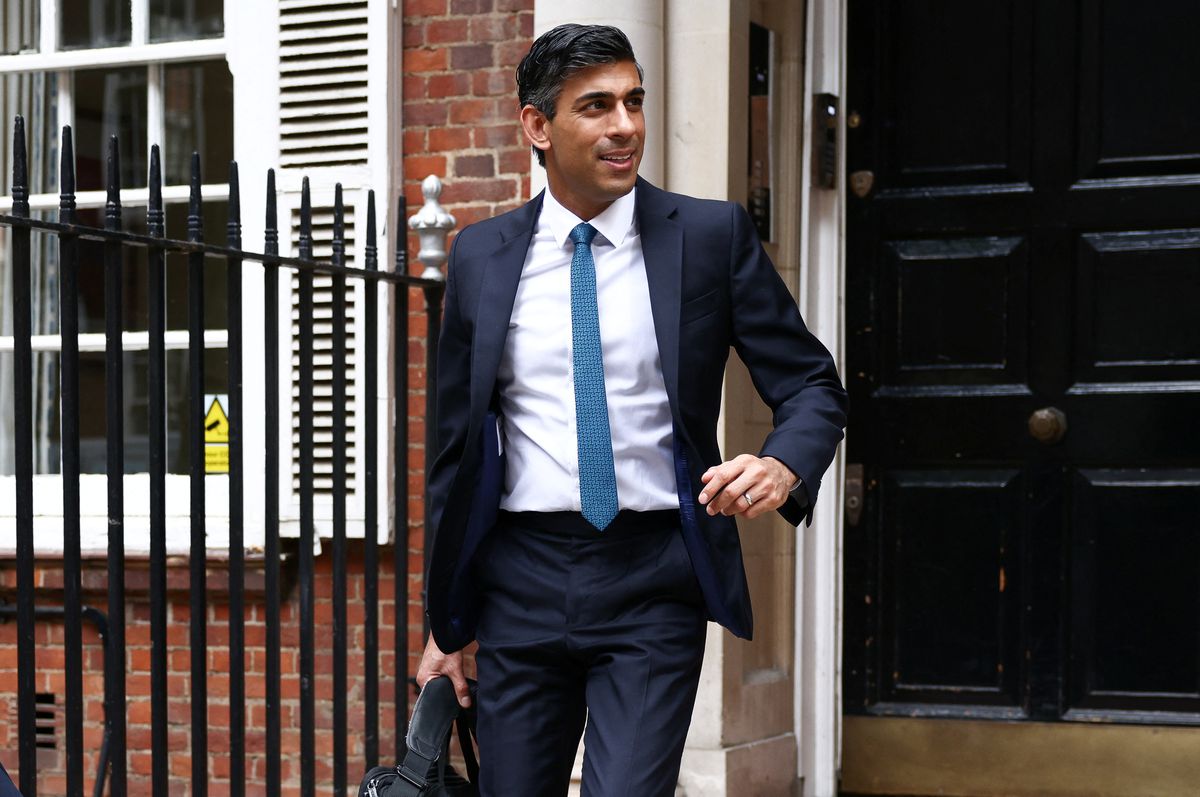 Rishi Sunak (Southampton, 42) is the most Shakespearean character in the entire tragedy that chronicles the rise and fall of Boris Johnson. In fact, the still British Prime Minister’s supporters have not stopped maneuvering in the first phase of the primary to get Conservative MPs to vote for “everyone but Rishi”. That was the failed slogan – now it will face Secretary of State Liz Truss for Johnson’s position.

When then-Chancellor of the Exchequer Sajid Javid resigned from his post in February 2020 and was fed up with meddling in his department from Johnson’s then-star adviser Dominic Cummings, he and the Prime Minister agreed to house young Sunak. Barely two months had passed since the Conservatives’ landslide victory in the general election. The newly installed government had ambitious spending plans across the country and the new minister, a Brexit supporter with a brilliant academic and professional career, presented himself as the perfect candidate to dance to the same rhythm as his bosses.

Growing up in the city of Southampton, he finally studied in Oxford and later in Stanford (USA). During his years in California, he launched successful business ventures. His financial peace of mind is largely due to his marriage to Akshata Murty, daughter of the Indian billionaire and founder of the Infosys service company. Earlier in the year, Sunak’s political future was in jeopardy when the press revealed that his wife was still applying for non-resident status in order to pay far less tax than she would have been entitled to. Shortly thereafter, Murty announced that he would pay like any other UK resident. The hand of Johnson’s allies, who saw Sunak as a traitor ready to maneuver against the prime minister, was already in sight.

Johnson maintained Sunak’s complicity during the pandemic in spending hundreds of millions of pounds to alleviate the plight of Britons with a job retention scheme that was a copy of the rest of Europe’s ERTE (Temporary Employment Regulation File), subsidies and tax aid . The conflict arose when the prime minister, as he began to recover from the health crisis, was keen to keep spending to regain the election campaign and overcome his own popularity problem, already fraught with successive scandals. Sunak, the classic guardian of the tax orthodoxy that Margaret Thatcher’s years imposed on the party, opposed the tax cuts demanded not only by Johnson but by many Conservative MPs who saw their seats in jeopardy.

His resignation on July 5 was a key trigger in the prime minister’s final ouster. Sunak was the first to present his candidacy for the post of leader of the Conservative Party, prompting Johnson’s supporters to confirm their suspicions that he had been maneuvering against the prime minister for some time. Ready for Rishi (Ready for Rishi) was the proposed slogan for a campaign that seeks both to persuade conservatives that it has a better starting point than anyone else and to convey that the time has come for the son of some middle-class immigrants Indians occupy the post of Prime Minister. “Family is everything to me and my family has given me opportunities they never dreamed of. But it was Britain, our country, that gave them and millions like them a chance at a better future,” Sunak says in a carefully crafted and produced video that combines photos of his family, university and politician with a speech, which outlines his testimonials to success.

The former economics minister easily navigated the first phase of the primaries in favorable winds without ever losing his favorite status. But it was about the favor of the Conservative MPs. Now he has to convince some affiliates who, according to the latest survey published this Tuesday by the company YouGov, are much more for his competitor in the competition, Liz Truss.

Previous articleWhat is the European Commission proposing? Why is Spain against it? Key to Madrid-Brussels clash over gas cuts
Next articleBrussels fears that Italy will become the EU’s Achilles’ heel vis-à-vis Russia