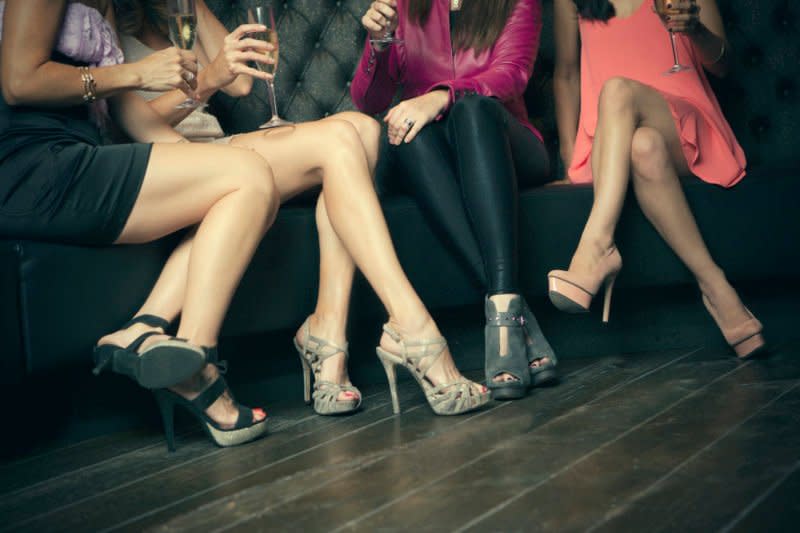 If you want to know what Polina Kowaleva likes, just follow her Instagram account. In it you can see the young woman playing tennis in Hyde Park, posing kissing her mouth on a boat in southern climates or standing in front of a swimming pool in a bikini. Parties and vacations seem to go hand in hand with her. One might think of the perfect Instagram backdrop, put together by an influencer.

However, the 26-year-old, who lives in London, was not really an influencer until she was discovered by Russian opposition politician Alexei Navalny’s anti-corruption foundation and denounced on social media. According to an investigation by the foundation, Kowaleva is said to be the stepdaughter of Russian Foreign Minister Sergey Lavrov, and she leads a luxurious life in London.

In several tweets, Maria Pewchickh, head of investigation at the FBK anti-corruption foundation, described what she discovered about the daughter of Lavrov’s alleged associate. Her identity was now confirmed on March 23, when the British Foreign Office put Polina Kowaleva on the sanctions list. For the 26-year-old, the sanctions are likely to spell the end of her glamorous life in London.

As journalist Pevchikh states in her tweets, Russian Foreign Minister Lavrov is far from the only Russian politician who likes to demonize the Western lifestyle, while his relatives enjoy this lifestyle in the big European cities.

The Polina case could have a signal effect, because the daughter of Lavrov’s partner is one of the first daughters of those sanctioned who are sanctioned for their links with important actors.

The British Foreign Office justified Polina Kovaleva’s sanction by saying that there are “reasonable reasons” to believe that “Polina Kovaleva is linked to Russian Foreign Minister Sergey Lavrov through her mother’s relationship with him.” Lavrov was sanctioned by Britain as leader decision-maker on March 11. He is accused of trying to destabilize Ukraine, undermining and endangering the country’s territorial integrity.

With the sanctions, Britain is imposing an entry ban on Polina Kovaleva, who is a Russian citizen. Also, her assets will be frozen. Excerpts from the British land register show that in 2016 Kowalewa bought a 999-year lease on an apartment in the London Borough of Kensington for £4.4m (about €5.26m today) with an immediate payment. Therefore, the British authorities could freeze the property, so that Polina cannot sell it despite the entry ban. In 2019, Kowalewa registered her company, PPK Investments Limited, at the apartment address in Kensington, where she also conducts business. Most recently, Kowalewa worked as a business assistant for the Saudi oil company Aramco in London. Previously, she is said to have worked for the London subsidiary of Russian bank VTB, VTB Capital.

The FBK’s Maria Pevchikh also called for the sanction of Kovaleva’s mother, who, according to media reports, has been Lavrov’s secret wife for more than two decades. The support obtained Pewchikh On twitter by Labor MP Chris Bryant. In September 2021, journalists from the Organized Crime and Corruption Reporting Project (OCCRP) reported on the mysterious woman, who was introduced a few years ago as an employee of the Russian Foreign Ministry. At that time, OCCRP found properties that should have belonged to him in Russia and Great Britain with a total value of more than twelve million euros.