Ricardo Arjona sang and hugged an Ecuadorian in Rome: He even apologized and made a promise! 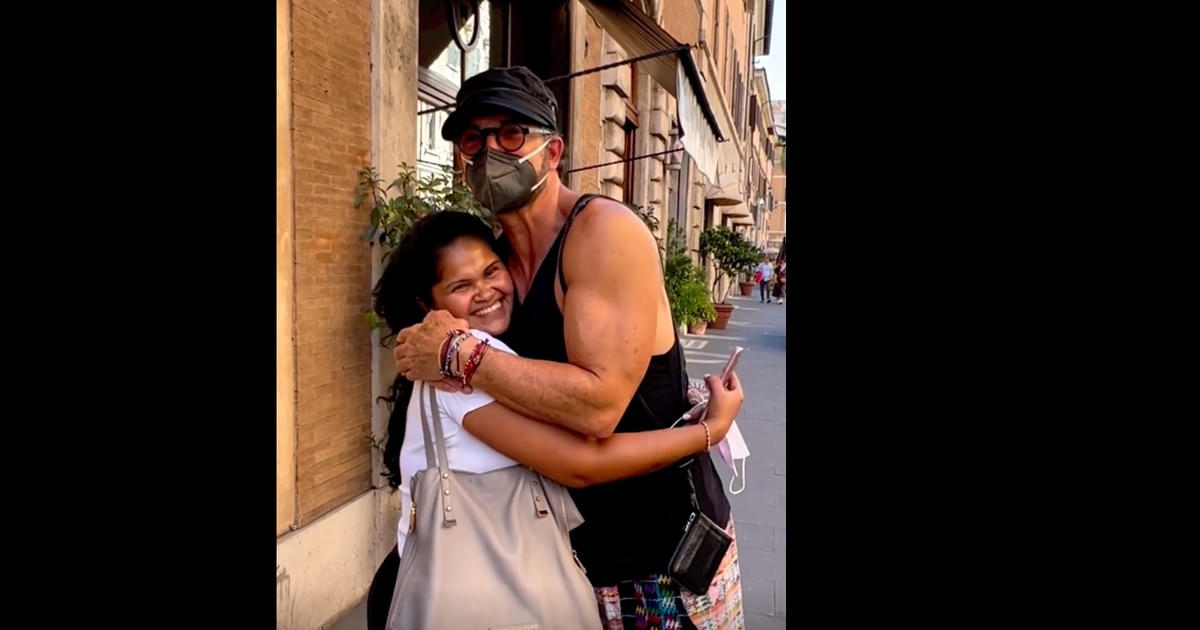 Very nervous, but very excited, Karen, a Ecuadorian who resides in Rome had the chance to meet Ricardo Arjona when he was walking down the street, who did not hesitate to approach and talk about the concert that was canceled in this city.

The singer did not hesitate greet her affectionately and apologize for what happened. Karen told him that she understood what happened despite the fact that she had bought an expensive ticket to be able to enjoy his songs, especially “The problem”.

Arjona, moved by the woman, asked him what song she wanted him to sing and began to hug her. “The problem wasn’t finding you, the problem was forgetting“, began to sing the Guatemalan, while hugging the Ecuadorian. At that time, the artist apologized for the cancellation of the concert and promised to restructure the date of the event.

The nervous Ecuadorian was able to record it and then they took a photo that will remain for the memory.

“I went for a walk in Rome. In a bad mood since last night’s cancellation. I met this Ecuadorian and thought of nothing but to sing her a song”, Says the video that Arjona himself shared on his instagram.

In a video, the singer said his show was canceled due to a technical issue and it could put everyone at the concert at risk. The stage support in Rome could not support half the instruments and other artifacts needed to project the sound of their music.

However, you should know that Ricardo Arjona 58 years old will give two concerts at Ecuador. The first will take place on September 30 at the Atahualpa Olympic Stadium in Quito. The second will take place at the Model Stadium in Guayaquil the following day.

Feel the tickets is the company in charge of ticket sales.

On the other hand, the video that went viral sparked reactions and comments, where several followers exploded with emotion. “We all want to be Karen, and Karen doesn’t hug her any harder,” “What a nice gesture you hugged her,” and “How she managed to keep her composure,” were some of the comments.