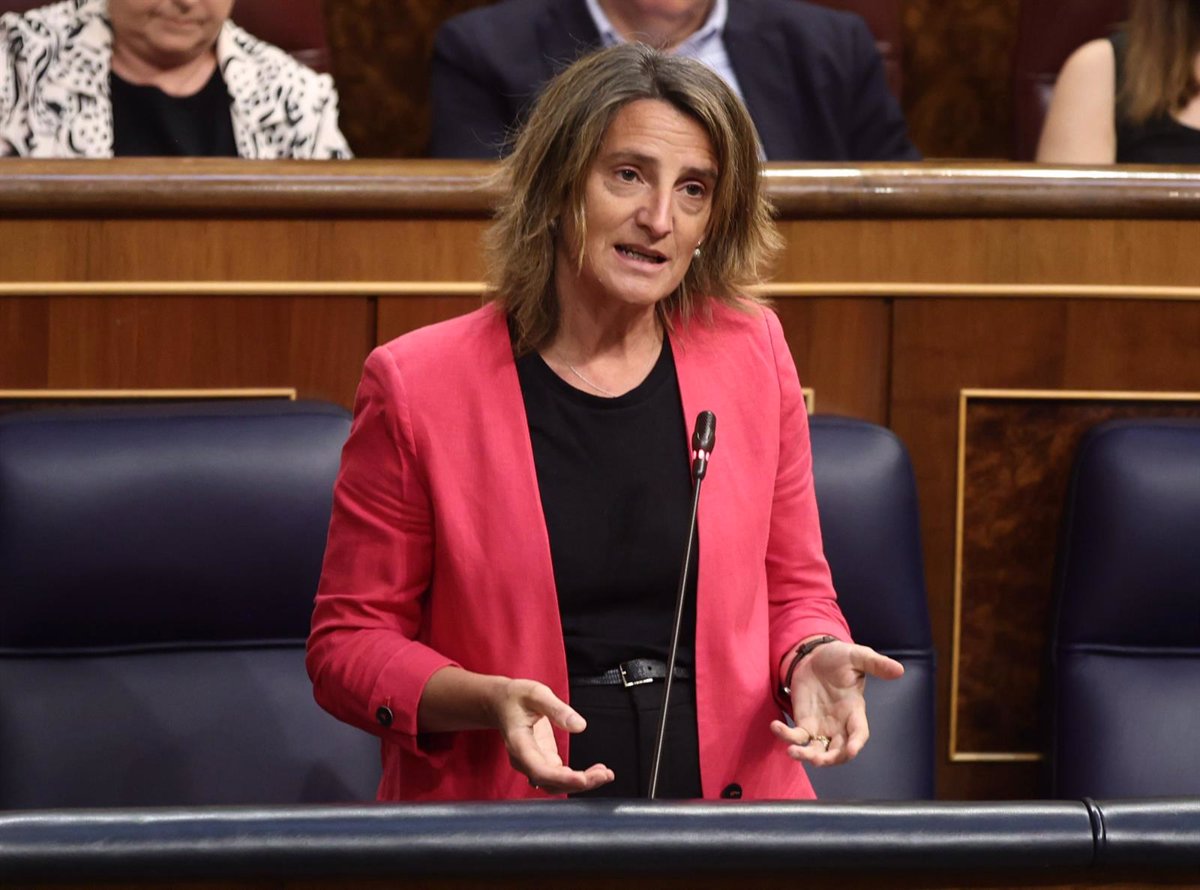 The Third Vice-President and Minister for the Ecological Transition and the Demographic Challenge, Teresa Ribera, gave a “positive” assessment to the so-called “Iberian exception”, just a week after the entry into force of the measure limiting the price of natural gas, which has a power to generate electricity and has defended that “it shows ‘that it works’, since it has reduced the price between 25 and 30 euros per megawatt hour (MWh) for consumers of the regulated tariff compared to the price that would have existed without the existence of the mechanism.

In an information meeting organized by the New Economy Forum, Ribera appreciated the operation of the mechanism despite an “extraordinarily difficult context and in exceptional conditions” due to an “unprecedented” heat wave that has led to an increase in demand and a decrease in the production of renewable energy ( wind and photovoltaics), as well as a reduction in Gazprom’s gas exports to Europe.

Despite all the above, the minister considered that a “very important” difference was noted between the prices of the wholesale electricity market in the rest of Europe in relation to Spain and Portugal, including even gas compensation, which has a price per megawatt hour (MWh) between 25 and 30 euros lower than without the mechanism.

“It shows that it works and allows us to think about reforms that invite us to think about signing long-term contracts for the sector, but also about a review of the regulated tariff with different components,” he said.

On the other hand, Ribera assured that it was “fundamental” that Brussels took “seriously” the issue of the Iberian Peninsula’s connections with Europe, since “no good has a physical and objective limit of less than 3%, as does electricity the case is “.

With electricity interconnection capacity currently at 2.8%, he estimates that this is far from the set targets of at least 10% to be achieved in 2020 and at least 15% by 2030.

He also pointed out that the Basque Country-France electricity link project through the Bay of Biscay already has a “precise timetable” after solving the technical difficulties that had delayed its development, and that the Exchange will enable capacity between the two countries to be doubled.

Referring to the increase in French electricity exports from Spain since the “Iberian derogation” came into force, Ribera asked to be “congruent” because if “we need more Europe and want more interconnection and internal market, we can’t say anything else”. .

In this regard, he pointed out that France is “living through a terrible situation” which, in addition to last week’s heatwave, is also due to the shutdown of part of its nuclear park for safety reasons, which has led the country to “import electricity from where.” it is exported”.

Therefore, he warned that Europe was experiencing a situation of “real and objective tensions” with a risk of a complete disruption in natural gas supplies from Russia, which required a response that “ensures responsibility and solidarity”.

In this sense, he pointed out that Spain is “so lucky” not to have to think about “going back” to guarantee its energy supply, as is the case in other countries such as Germany or Denmark, that “it is remarkable is that we’re not all relieved.”

NUCLEAR LIFE EXTENSION “DOES NOT COME ON THE TABLE”.

Referring to the possibility of extending the useful life of nuclear power plants beyond what is envisaged in the timetable for their closure, Ribera said that “there is no point in playing with hypotheses that are not on the table”.

He explained that the decarbonization scenarios envisaged in the National Integrated Energy and Climate Plan (PNIEC) are “compatible and viable” with what is currently being done, so “this path must be followed”.

PERMISSION TO THE MUSEL.

Regarding the regasification plant in the port of El Musel, Ribera confirmed that the Enagás government will grant authorization for its commissioning “in the next few days”.

The regasification plant, which was never put into operation, has been paralyzed since 2013 due to a court ruling for non-compliance with the regulations in force at the time.

- Advertisement -
Share
Facebook
Twitter
Pinterest
WhatsApp
Previous articleYusapol police will demonstrate two kilometers from the NATO summit warning of the presence of anti-systems
Next articleTebas: “There must be no equidistance between victims and perpetrators in football”

Day 1 of the re-establishment of Ciudadanos: No trace of the brand, the logo or the color orange