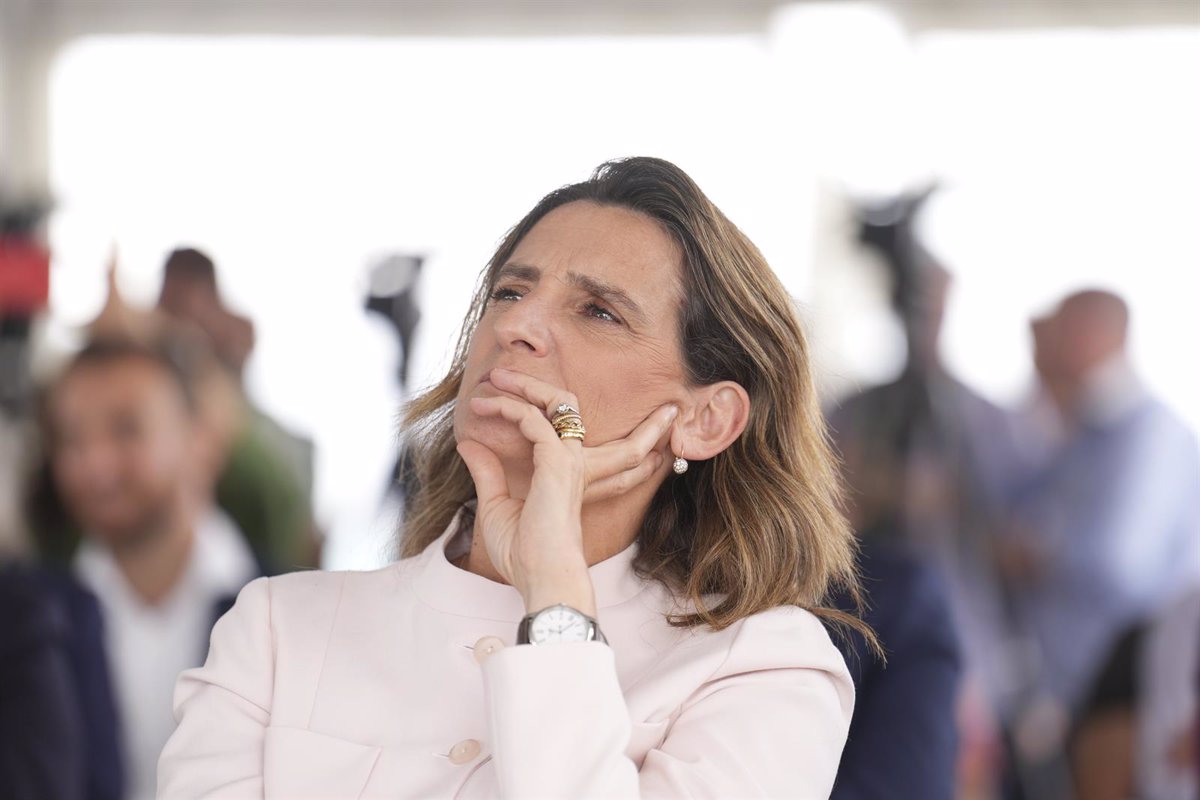 Third Vice-President of Government and Minister for the Ecological Transition and the Demographic Challenge, Teresa Ribera, stated that Spaniards “will not freeze at home” in winter and appealed to the individual contribution each citizen can make to save energy .

During a visit to the Valladolid town of Matapozuelos, hours before the Council of Ministers meets to approve a package of urgent energy saving measures, Ribera stressed that the “most important” message was that “in such a complicated context, it’s about” helping the Neighbors of the European Union” and “how to avoid the risk of rationing”.

Although the package of measures that the Council of Ministers will approve this Monday will focus on energy savings in public buildings, the vice-president stressed that this is a first step towards a “much more complete and strategic” plan for the country as a whole, which will come in September presented. “What we do today has to do mainly with things that are relatively simple and immediately applicable,” he specified.

In any case, the person responsible for the ecological turnaround has stressed that a situation of supply disruption is not considered and has defended that it is not so much a question of emphasizing what is imperative, but that in a situation like this “it is sensible and positive ” is to do what everyone can do in their “everyday behavior”.

In addition, he has assured that he believes that next winter the Spaniards “will not freeze” in their homes, since Spain does not have the problems experienced in other countries in Eastern and Northern Europe. “In our case, the supply is assured, we have a different profile, but it is important to insist on the call so that we can contribute as much as we can,” emphasized Teresa Ribera, who is committed to thermal comfort measures compatible with making “smart and efficient” an energy resource that can facilitate neighboring countries’ access to what is not consumed here, which can happen in winter, he exemplified by wearing “a comfortable sweater or coat”. .

To achieve this goal, the vice-president defended the importance of cooperation between all administrations and the private sector, defending that discussions with employers on the application of these measures were “positively” received.

“It does not mean that I agree, but I would like to emphasize that there is a large majority of people and institutions who want to understand and contribute to what should be a joint effort,” Ribera added.

Finally, the Vice-President referred to the possibility of speed reduction on expressways and motorways as an energy saving measure, to remind that this is not an instrument that is being discussed in this Council of Ministers, but that there is no instrument “express limitation”, “careful driving” contributes to reduction in fuel consumption.