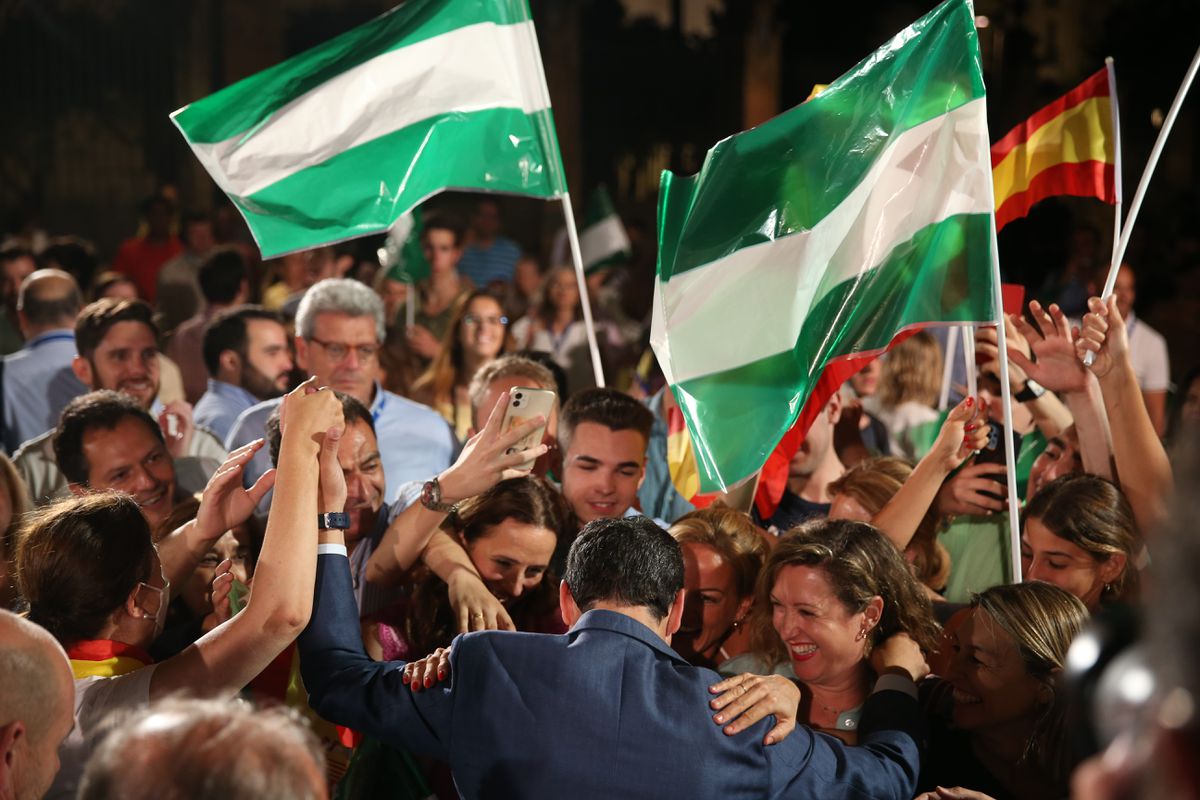 The Andalusians voted emphatically. Juan Manuel Moreno Bonilla’s victory achieves a historic result for the PP, the desired absolute majority that the law had not achieved in 40 years of autonomy in Spain’s most populous municipality. The province of Seville becomes the paradigm of profound political change in Andalusia. The PSOE had never lost in this province before. Until this Sunday.

The disappearance of Ciudadanos explains the mathematical vote transfer that has led to the PP more than doubling its recent results in the 2018 regional elections: Cs loses 500,000 votes and the PP gains 500,000. All these voters and others from other groups have chosen the brand of Juanma Moreno Bonilla, the quiet man with moderate forms around whom the entire election campaign revolved. No big announcements, no transformative policies to roll out. Moreno Bonilla also halted Vox’s dizzying growth until yesterday, without the extremist brilliance of Madrid President Isabel Díaz Ayuso. Many right-wing voters have come back when they saw real possibilities for government alone. The candidacy of Macarena Olona, ​​​​an Andalusism so artificial that it provoked rejection, and the theatrical and excessive speech of the Ultras have encountered a population very sensitive to the embarrassment of their identity and worried about their true ones causes problems, they are many. Despite gaining two seats, Vox loses about half of its support ahead of the general election, leaving it without a key for San Telmo.

The result strengthens Alberto Núñez Feijóo. With the absolute Andalusian majority in hand, the President of the PP has two paths: Use this victory to accelerate the erosion of the Spanish government, even if it is at Spain’s expense – it would not be the first time his party has chosen this path — or internalize a historical outcome and genuinely accept pacts with La Moncloa to restore justice, promote action against the aftermath of war, and avoid dissonance in foreign policy.

The result is catastrophe for the left. The PSOE survives but loses three seats. After 36 years of governments in San Telmo and a bitter struggle for internal power led for years by Susana Díaz, the replacement of Juan Espadas came late, without a pulse, and served as an obvious target for the attrition of the Andalusian socialists. Nor could it serve to compensate for the attrition of the only asset that the candidacy could jeopardize: the actions of the Spanish government. The Socialists remain the only real alternative from the center to the left. Although today La Moncloa and the PSOE will insist that every election has its internal logic, and it does, it is clear that the influence of the absolute majority of the PP in Andalusia compels Pedro Sánchez to take a step without guess which one: so far he’s turned down the election push and the last government crisis isn’t even a year old. The attempt to better communicate the large number of measures and laws that he has worked on in these years repeatedly collides with the impossible quadratures that his partners in the legislature impose on him.

To his left, the vaudeville and division of the formation of the post-podemos candidatures at this Andalusian event passed the bill that had been awaited since the implosion of this space that caused Vistalegre II. The atomization of acronyms and egos leaves behind the lessons that those willing to participate in the platform led by Yolanda Díaz want to learn. Without unity, their voices feed the absolute majority of the rest.

- Advertisement -
Share
Facebook
Twitter
Pinterest
WhatsApp
Previous articleAttention! This Monday, June 20, the ‘Pico y Placa’ continues to be suspended in Quito
Next articleFor Andalusia it fails and the left loses 10 seats from the split