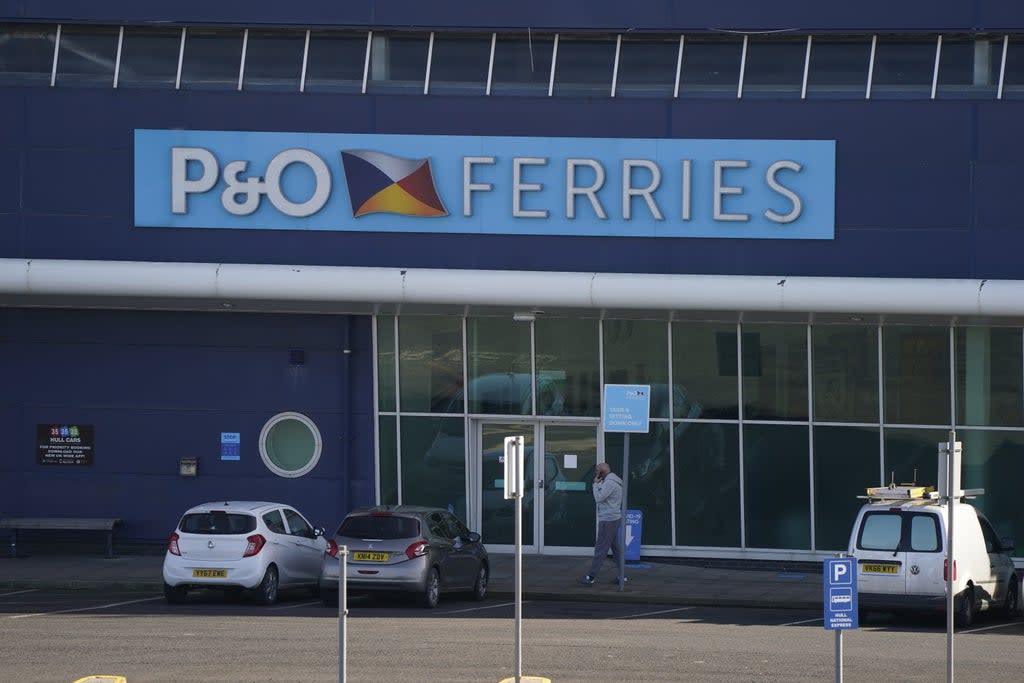 A maritime union has urged the Secretary for Transport to revoke P&O Ferries’ licenses in British waters when the operator resumed services on one of its routes.

Nautilus International General Secretary Mark Dickinson has written to Grant Shapps to encourage the government to take urgent action against the ferry operator after it sacked 800 workers two days ago.

In a letter, posted on Twitter, Dickinson called on Shapps to “hold P&O to account” in six ways, including revoking its licenses to operate in British waters and pursuing “any available legal options” over how P&O handled the mass layoffs.

He wrote: “P&O Ferries’ action to sack 800 British seafarers with immediate effect and without any consultation is deplorable and a betrayal of British workers.

“This decision by P&O is a huge blow to the British shipping industry…we cannot sit back and allow P&O Ferries to sink the nation’s maritime strategy.”

Shapps wrote to Peter Hebblethwaite, chief executive of P&O, on Friday, saying he was “questioning the legality of this move” and reviewing P&O Ferries’ contracts.

It comes after the ferry operator said it was cutting jobs in a “very difficult but necessary” decision as it was “not a viable business” in its current state.

Voyages were halted Thursday morning following the announcement, with P&O Ferries telling passengers they would remain suspended “for the next few days”.

However, on Saturday, P&O said it had resumed one of its services across the Irish Sea.

An update on the company’s Twitter feed read: “We have now resumed services between #POLiverpool and #PODublin. For reservation information, please visit our website.”

Other routes remain suspended or cancelled.

Shadow transport secretary Louise Haigh said the company should not be allowed to resume travel with replacement workers.

Ms Haigh said: “P&O must not be allowed to sail today with replacement agency labor for loyal workers unfairly dismissed this week.

“The strong words of the Government do not make sense, they must intervene and act.”

Meanwhile, the Rail, Maritime and Transport (RMT) union said around 300 people attended a rally near the Conservative Party spring forum in Blackpool.

RMT was present at the protest, which was organized by Nautilus International.

East Hull Labor MP Karl Turner posted pictures of them holding banners and flags reading: “Save P&O Jobs! Save the British ferries!” and “Stop the P&O jobs hand out” as they paraded through the town streets.

Conservative Party Chairman Oliver Dowden told Times Radio there is “revulsion” at P&O Ferries’ actions this week, adding that the government is trying to establish whether the move was legal.

A P&O Ferries spokesperson said: “We made this difficult decision as a last resort and only after considering all other options but ultimately concluded that the business would not survive without fundamental changes to crew arrangements, which which in turn will inevitably result in layoffs.

“We also believe, in good faith, that reaching an agreement on the way forward would be impossible and, in this context, the process itself would be highly detrimental, not only to business, but also to trade and tourism in the Kingdom. United”.

“We have offered enhanced compensation terms to those affected to adequately and quickly compensate them for the lack of warning and consultation.

“The changes we have made bring us in line with standard industry practice.”

He added that all the affected crew members who were working at that time were notified in person and personally on board their vessels. Those who were out were called, emailed or texted.

A spokesman for the Department for Transport said: “Ministers and officials have expressed their outrage and frustration with P&O Ferries over its decision and handling of its announcement, and are closely considering the department’s relationship with the company.

“The Secretary for Transport has ordered a full government-wide review of any existing contracts with P&O Ferries and DP World, and the department is working closely with unions, the Department for Work and Pensions and industry bodies to ensure workers are supported and signed up for the most relevant support.

“We have serious concerns that their handling has not followed the correct and legal processes, and we strongly urge P&O Ferries to stop the announced changes and speak to workers to repair the damage caused.”