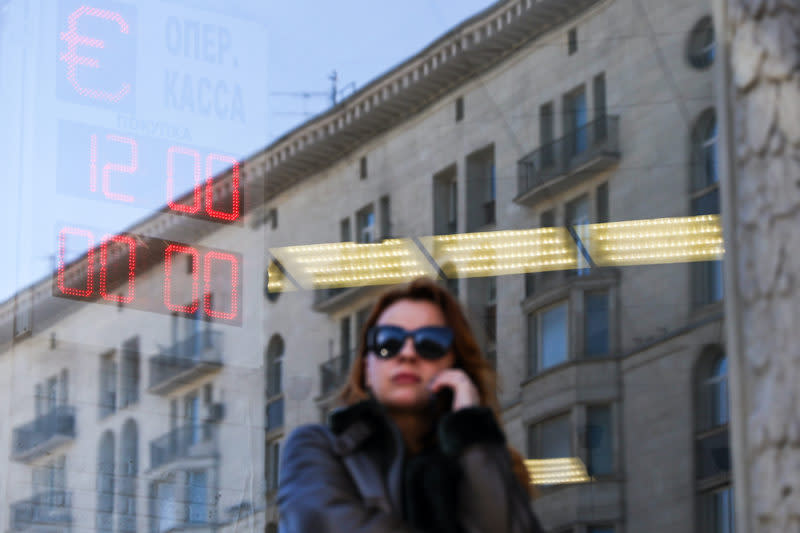 For the past three weeks, Russia has been waging a brutal war of aggression against neighboring Ukraine. Thousands of civilians and soldiers have been victims of the war so far, and many Ukrainian cities have been destroyed by Russian bombs.

In response to the war ordered by Russian President Vladimir Putin, the US, the EU and their allies imposed unprecedented economic sanctions on Russia. The assets of the Russian oligarchs around Putin were frozen, as were the assets of Russian banks and even the Russian central bank. Almost all trade with Russia has been suspended and many Western companies have left the country.

No country in the world has more sanctions than Russia. The country overtakes Iran as the top sanctioned country. The Islamic Republic is in almost total economic isolation due to the development and expansion of its nuclear program. But now a “Wall Street Journal” investigation shows how Iran’s Islamist rulers circumvented sanctions against their country with a secret financial and banking system. A case that the Kremlin will follow closely.

“This is an unprecedented government money laundering operation”

The “Wall Street Journal” reports, citing secret documents and statements by Western diplomats and secret agents, about a banking system that Iran has used to mitigate the economic consequences of sanctions against the country. Consequently, tens of billions of US dollars were transferred through these secret financial channels. “This is an unprecedented government money laundering operation,” a government official was quoted as saying by the newspaper.

Iran’s secret system consists of accounts in foreign commercial banks, shell companies outside the country, companies that coordinate illicit transactions, and a clearing house inside Iran, writes the Wall Street Journal. From the statements of the diplomats and secret agents, as well as the documents available to the newspaper, it appears that it works as follows:

The system works so well that the Iranian government is considering establishing it as a permanent part of the Iranian economy, Western government officials are quoted by the Wall Street Journal as saying. According to these, the country wants to protect itself against future sanctions.

According to a Wall Street Journal investigation, 61 companies and 28 banks, including those in China, Hong Kong, Singapore, Turkey and the United Arab Emirates, are involved in the Iranian money laundering network. The newspaper identified transactions worth hundreds of millions of dollars. Western officials say there is evidence that Iran was making tens of billions of dollars in deals to circumvent sanctions against the country.

The companies and banks involved risk fines for violating the sanctions regime against Iran. In recent years, however, this risk has not prevented Iran from continuing to benefit from secret deals. Rather, the country was able to use the secret cash flows to gain a stronger negotiating position in the fight for a new nuclear deal. Under the deal, which the Wall Street Journal reports is nearing completion, Iran would be freed from many sanctions.

Russia is still a long way from such an agreement with Ukraine and its Western allies. Sanctions against the country are likely to remain in place for a long time and may even be tightened. However, the collapse of Iran’s secret financial system shows how the Kremlin could succeed in continuing to make billions in business without going through sanctions.