Returnees from Ukraine… and the danger of terrorism 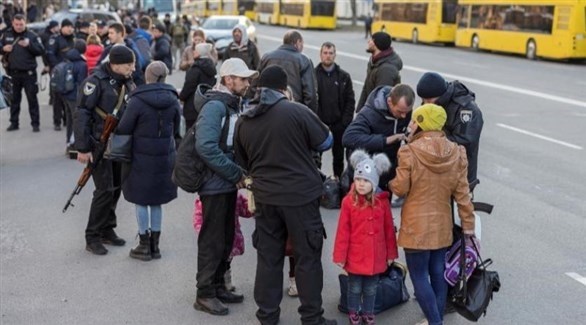 The phrase “returnees from Ukraine today” refers to citizens of various countries who had gone there for work or study and escaped the scourge of war on their own after it broke out, but the same phrase can be used months later to denote a completely different meaning, if the worst case scenario occurs as a result of the volunteers going to fight against Ukrainian or Russian forces.

The Arabs, and others in the world, faced a threat stemming from the war in Afghanistan in the 1980s, and the phrase “returnees from Afghanistan” still carries the meaning of threat from terrorism until now, and the same thing happened, in smaller measure. , with returnees from Bosnia and Albania as well.

Will this danger be reproduced after each of the two sides in the war in Ukraine called for volunteers to support their forces? An issue that must not be lost sight of, despite our concern about other issues raised by the war.

Development began in the direction of bringing in volunteers when, on the first of March this year, the Ukrainian government called on those who wished to support it to repel Russian forces to contact their diplomatic missions in their country to organize their transfer, and days then. it did not happen, until President Putin agreed to a proposal put forward by his Defense Minister on the assistance of volunteers in the Middle East in accessing the Donbass region to participate in hostilities.

In fact, a number of these and those began to arrive in Ukraine, and press interviews were held with various volunteers to support Ukraine upon arrival at its borders with Poland, and media reports indicate the arrival of Syrian volunteers in Russia. , and The number of people going to fight here and there is expected to increase as the war continues.

It is certainly not conceivable that all of them will become terrorists, especially since the Russian authorities will not risk transferring fighters of questionable affiliation, but it is enough that a few hundred terrorists infiltrate the combat zones, and it cannot be ruled out that young Syrians who are ready for extremism, or who were extremists and withdrew, could infiltrate. Among those who are going to fight, it is also impossible to rule out that members of “sleeper cells” in European and African countries seek to infiltrate among those who are going to fight. Ukraine, especially if they have no security precedent.

And perhaps the clemency in travel formalities at one European airport or another as a result of the sympathy of some employees with Ukraine, and their desire to go as many as possible to support it, and some volunteers do not reside in their country, which makes it difficult safety. control more difficult, such as Stephen Oxley, who conducted one of the Agencies interviewed him upon his arrival in the town of Bechmil on the Polish border, in preparation for entering Ukraine. moved between several countries, according to him.

The danger, then, is not imaginary, and it is better not to overlook it, especially in our region where ISIS and Al-Qaeda still have a presence in some countries, and may attract some returnees from Ukraine after the war, Russia or Ukraine. , as far as possible.