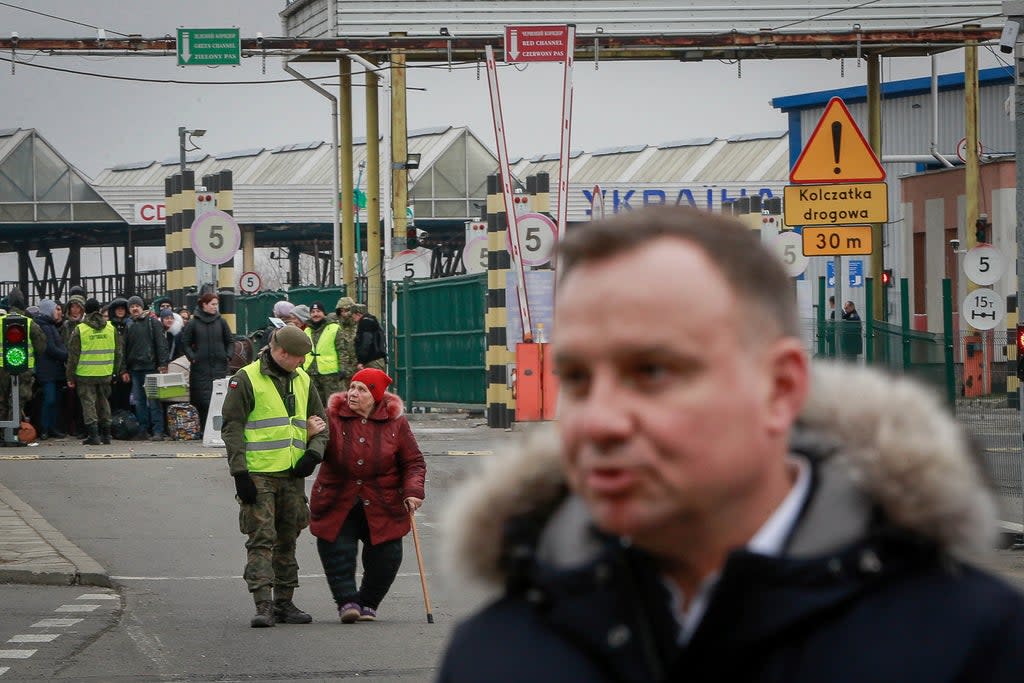 Poland’s president has called on the rest of Europe to open its borders in response to the refugee crisis in Ukraine.

Andrzej Duda told the BBC’s Sunday Morning program that his country could end up receiving as many as 2.5 million Ukrainians.

About 1.5 million people are believed to have fled to Poland since Russia’s invasion began.

President Duda requested that other European countries open their borders to what he called the worst refugee crisis on the continent since World War II.

“I would ask that the borders be opened and refugees accepted.”

He added that he is “deeply grateful” to the Polish people.

“I am really deeply grateful to my compatriots because what they have shown so far, I am talking about ordinary people, they come to our borders with transportation saying ‘I am taking four people, I am taking a whole family to my house.’ ‘,” he said.

“Imagine that 1.5 million refugees have crossed the Polish border and we haven’t even built a single refugee camp because all of them have been accepted into private homes, hotels, guesthouses, motels and resorts.”

However, he warned that up to five million refugees could end up fleeing Ukraine.

“According to experts, in an extreme situation it could be up to five million people,” he said.

“Of course we are not the only country that is receiving them because Romania, which shares a border with Ukraine, is also receiving refugees. Hungary borders Ukraine.

“More than half of all the refugees who have left Ukraine are in Poland. So if there are five million, imagine we have 2.5 million.”

It came as Leveling Up Secretary Michael Gove announced the new Homes for Ukraine program, which will allow individuals, charities, community groups and businesses to bring people fleeing war to safety, even if they have no ties to the war. with the UK.

So far, more than 3,000 visas have been issued to Ukrainians seeking refuge in the UK.

Britons offering accommodation to people fleeing Ukraine via the new route will receive a thank you payment of £350 a month.

Sponsored Ukrainians will be granted a three-year license to stay in the UK, with the right to work and access public services.