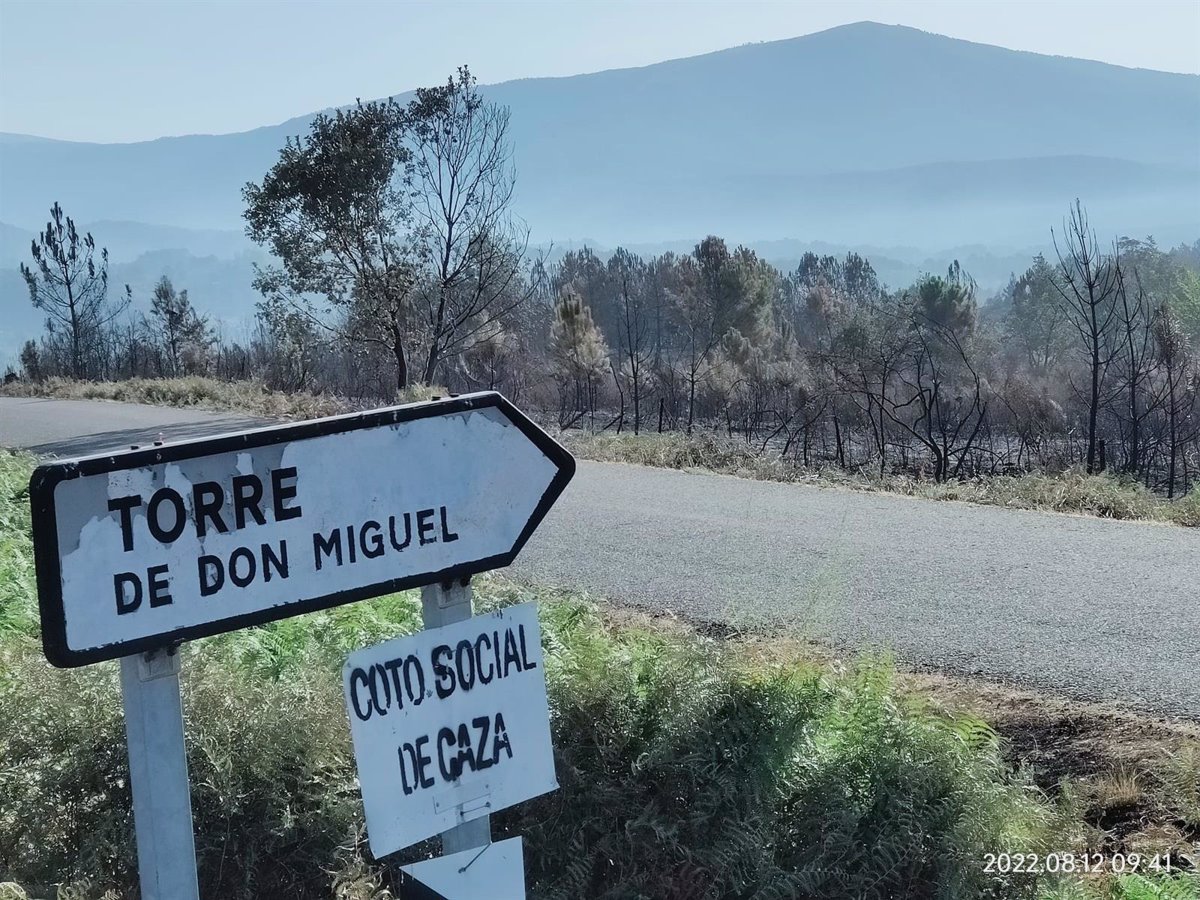 Residents of the town of Torre de Don Miguel in Cáceres, evacuated on Wednesday evening as a preventive measure due to the fire declared in the Sierra de Gata region, have been able to return to their homes since early morning, the passage to the municipality is open, like the junta de Extremadura reports.

It should be remembered that more than a hundred people spent two nights at the Moraleja Municipal Pavilion and 40 elderly people were transferred to the Zarza de Granadilla residence and 20 to the Coria Hospital.

For the return to their homes, the 112 of Extremadura has recommended to the population of the area to be careful when accessing and passing through the areas affected by the fire and recommends driving carefully and at a moderate speed on the roads and paths inside the burned area , to avoid accidents caused by falling trees or branches due to slow combustion, which may result in hitting or crossing roads.

Likewise, the Territorial Civil Protection Plan of Extremadura (Platercaex) has been deactivated due to the good development of this fire that originated in the afternoon of last Wednesday.

More specifically, 25 troops, one air vehicle, three ground units, two natural environment agents, three technicians and members of Sepei are currently working, according to the latest update from the Ministry of Agriculture. It should be noted that the fire has stabilized and is at threat level 1 after level 2 was deactivated last night.

The fire broke out in the early afternoon on Wednesday and due to the high temperatures and the large amount of fuel on the ground, a threat level 2 was ordered to request the help of the state media.

Already during the night it was decided to evacuate the residents of the town of Torre de Don Miguel as a precaution, and the drop in temperature during the night favored the action of the media, who were able to locate the fire.

Throughout Thursday they were assisted in their work by 12 aircraft and up to 120 troops were on the ground including the Military Emergency Unit which finally stabilized the fire.

The director-general for emergencies, civil protection and home affairs, Nieves Villar, in statements to the media last Thursday to explain the situation of the fire, warned that it was spreading “very quickly” and “with great virulence”, for which “it has was able to be the big fire of the season,” he said.