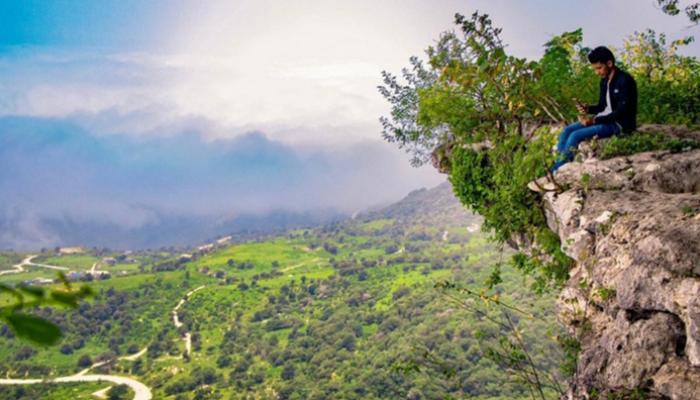 In the extreme east of Yemen, the Hawf Nature Reserve is located on a coastline that stretches for about 60 km into the Arabian Sea, as one of the most important tourist attractions in the country.

Hawf in Al-Mahra Governorate is characterized by a unique diversity of plants and animals as well as beautiful green spaces, which is why the Mahris describe it as “God’s Paradise on Earth”, especially during the autumn season, when it rains.

Hawf is classified as one of the largest seasonal forests in the Arabian Peninsula, and was listed by the Yemeni government in 2005 as a nature reserve, home to many rare birds and animals, as well as containing 250 species of plants and trees, perhaps the most important of which is the Arabian frankincense tree.

It is also an unmissable destination for Al-Mahra residents to take a stroll as one of the natural outlets, while attracting thousands annually from inside and outside Yemen, despite the Houthi terrorist militia’s war in the country and the absence of an official vision to exploit it for tourism and support development.

Hawf contains many sulphurous water springs that are used by Yemenis to treat their illnesses, including the people of the reserve, which is made up of 3 urban communities: “Ghazb”, “Houf” and “Rahn”. Most of them are farmers, fishermen. and cattle and camel herders.

There are also species of dolphins of regional and international importance, and it is an important nesting site for rare turtles included in the lists of the international convention CITES.

According to the Director General of the Office of the Ministry of Tourism in Al-Mahra Governorate, Ahmed Rafeef, the reserve includes many rare animal species, including the Arabian leopard and gazelle, especially the Reem gazelle. 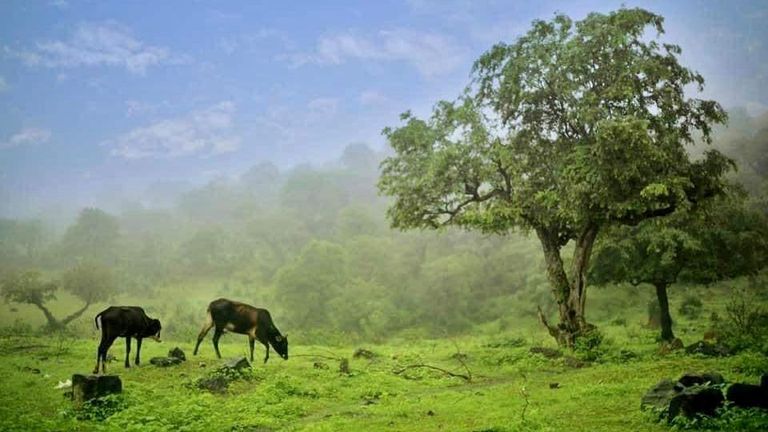 The Yemeni official added to “Al-Ain News” that the reserve is home to many plants, numbering up to 250 species, as well as 65 species of birds, some of which are migratory birds.

As for animals, the rare Arabian leopard is one of the most important animals in it, as well as hyenas, mountain goats, deer, wildcats, red foxes and tortoises, according to the Yemeni official.

Perhaps the most famous tree in the reserve is the incense tree, whose foreign trade with other countries flourished in ancient times, and represented an important commercial resource in the exchange of goods, since incense was considered one of the most important products due to to its burning. in temples during religious rituals, according to the Yemeni official. 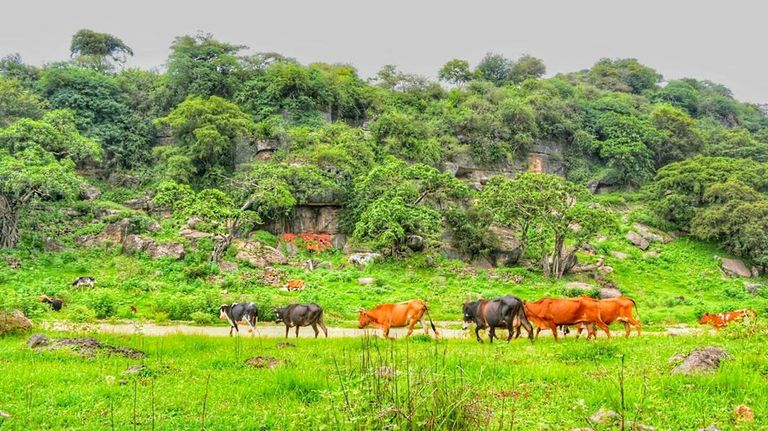 The rain begins to fall on the reserve, which is one of the largest forests in the Arabian Peninsula, during the autumn season, which is the season that witnesses the beginning of the influx of visitors from various Yemeni cities, in the south of the country.

The dense fog on the peaks of the reserve, which stretches for 60 km, is an enchanting scene that captivates visitors to the warm-weather governorate as they stroll and enjoy the beautiful scenery.

Despite its charming charm and green trees, visitors are faced with a lack of infrastructure, especially restrooms, nearby hotels, and food stores. 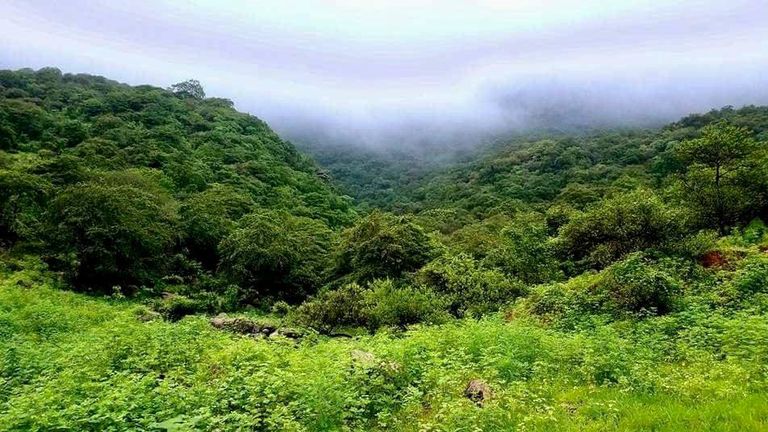 Amin Abdullah Ghaleb, who is interested in environmental issues in Al-Mahra, believes that the “Houf” Reserve still needs many elements of infrastructure, as the lack of nearby tourist hotels and restaurants hinders the large influx of visitors.

Ghaleb told Al-Ain News: “The reserve needs a lot of infrastructure, and there is negligence on the part of tourism agencies in internal and external marketing of the reserve, as it seemed like a forgotten destination.”

He stressed that the promotion of the reserve in the Arab world will at least make it one of the preferred destinations due to its proximity, especially the neighboring states of the Arab Gulf. 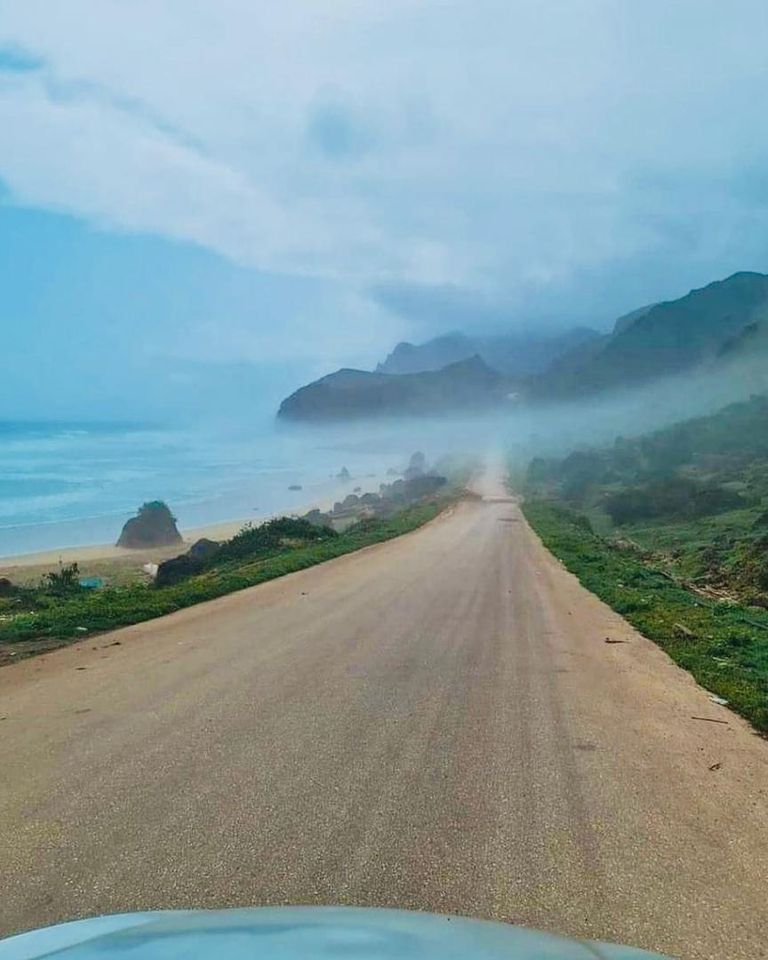 The Hawf Reserve is rich in the country’s remote location on the border with Oman, making it safe from warfare by the Houthi terrorist militia. According to Ghaleb, “official authorities still lack a vision to activate tourism in such reserves and use them for the benefit of development and as part of life in the liberated governorates.”

Recently, concerned government agencies and institutions in Yemen sought global sponsorship for sites with environmental privacy, led by the Yemeni National Committee for Education, Culture and Science “UNESCO”, which began training a qualified cadre to prepare an archive above Hawf in order to be recognized as an international nature reserve.