Researchers have discovered what separates the gifted from the rest, aside from intelligence. 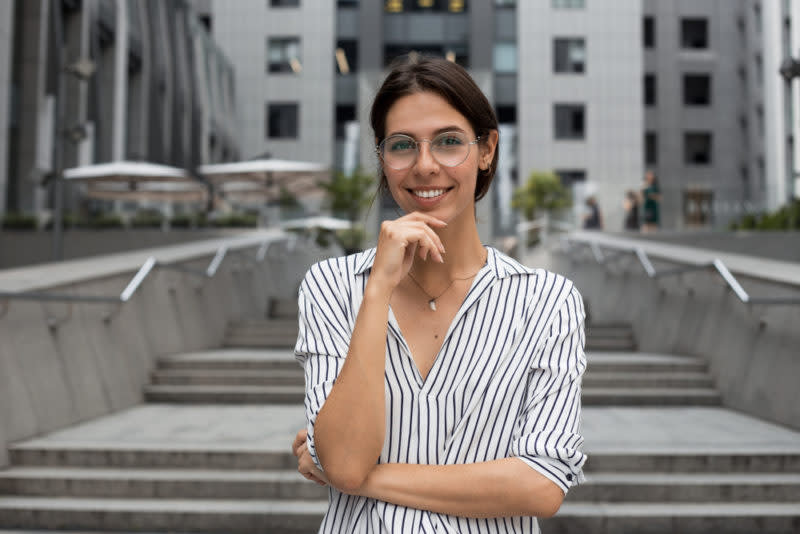 What defines gifted people? Sure, they’re particularly smart, smarter than most people. Therefore, psychologists often measure giftedness in the framework of established tests by determining the intelligence quotient (IQ). Most people there are between 85 and 115. Anyone with a higher IQ is considered to have above average intelligence. But anyone who breaks the magic mark of 130 can officially be called gifted. Not many people can do that, only two out of 100 people.

All kinds of myths surround the gifted. Some believe that particularly intelligent people never have to learn and immediately remember everything they hear or read. Others think that the gifted are very intelligent, but socially difficult, from nerds to anxious and withdrawn or with behavioral problems, that is, aggressive and fraught with psychological problems.

But which of these is actually true? Are geniuses crazy gifted? Fun guys with lots of quirks? Uzeyir Ogurlu and Adnan Özbey, two researchers at the University of Wisconsin-Stevens Point College of Education in the USA, investigated in a so-called meta-study whether gifted people differ significantly in personality from others. It was published in the journal “High Ability Studies”.

According to the myth, the gifted must be neurotic and not very easy to tolerate.

The researchers took 13 previously published studies by other scientists with a total of almost 8,000 participants and analyzed them simultaneously using specific statistical methods. In these studies, gifted people were compared with non-gifted people. However, the researchers were not interested in IQ in the analysis, but rather in any other differences in personality that were significant.

To do this, they used a personality model that had been well-established for decades, in which people’s characteristics are described using five dimensions: extraversion, agreeableness, conscientiousness, neuroticism, and openness to experience. This model of the Big 5, as psychologists also call it, means that each person can be located in a certain point of these five dimensions, mainly through questionnaires that the interviewee completes.

Anyone who scores low on the extraversion dimension here is more introverted, draws strength from being alone, and finds parties more draining than enriching. And those who land high on the neuroticism dimension are considered more emotionally unstable than anxious and inhibited. Mood swings are also included. Following the cliché of the gifted as a strange bird, the researchers could have found differences between these two dimensions and normal intelligent people, for example. Or in the friendliness dimension: people who receive few points here are considered non-conformists, assertive and stubborn.

What you can learn from the gifted

In fact, however, the grand analysis revealed only one relevant difference between gifted and gifted (other than the difference in IQ), and it was not found on any of the dimensions just mentioned. Instead, the study revealed a significant difference in the dimension of openness: Gifted people were significantly more open to any new experience. This makes it easier for them to accept and think from the perspective of someone who thinks completely differently from them, as well as to get out of their comfort zone: try new food, for example, or take on sporting challenges. According to psychological research, openness to new experiences also goes hand in hand with intellectual curiosity, flexibility, unconventionality, a sense of art, creativity, and liberal political attitudes.

“The results of this study debunk the common misconception that gifted people have maladaptive personality or social difficulties,” the researchers write. So there’s nothing against the gifted being often weirdos? Perhaps this impression comes from a small group of gifted people. Because about 15 percent of them aren’t regularly recognized as gifted, as psychologist James T. Webb wrote in his 2015 book “Double Diagnoses and Misdiagnosis in Giftedness.” They are not recognized because, for example, they do not excel in school as might be expected of gifted people; instead, they performed very poorly, but often had behavior problems.

It is possible that the myth of the highly gifted social outsiders may have developed from these “underachievers,” as they are called in the research. The question remains: What can be learned from the gifted, even if one is not blessed with an IQ above 130? The answer is: Cultivating an openness to new experiences and being curious about other people, other experiences of any kind, and different ways of thinking can help everyone better understand the world and its connections: a kind of foresight to learn about developments and usually. go through life with more flexibility and benevolence.

- Advertisement -
Share
Facebook
Twitter
Pinterest
WhatsApp
Previous article“The underachievers have come out in the home office”: why this midsize company boss doesn’t think much about working from home
Next articleHandball: THW Kiel win the best match in Magdeburg