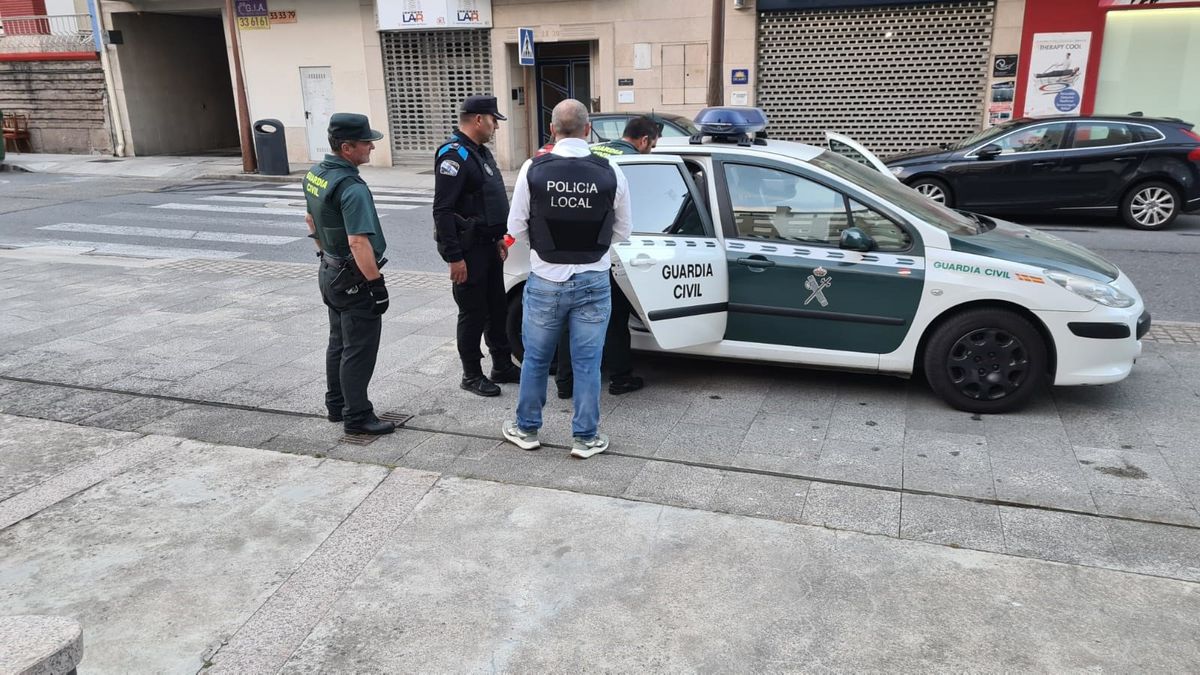 Agents from the local police from the municipality of O Porriño in Pontevedra and the Guardia Civil rescued a woman who had been held in an apartment by her ex-partner for six days. Two of the handwritten notes the woman threw out the window asking for help were picked up by a neighbor who notified agents. When they picked the lock on Monday, they found the victim inside while her captor slept.

Manuel Fernández, 26, was under investigation for kidnapping a minor while on the run awaiting conviction for other crimes. The head of O Porriño’s No. 3 Educational Court sent him to prison for illegal detention of women and sexual assault. The victim’s family had reported his disappearance after days with no news of his whereabouts.

According to police investigations, the alleged kidnapper and the victim had been in a relationship for months. Because he owed her a sum of money, he called the girl over to his house to pay him back. But the woman did not return to her home and was detained. As a result of fighting with her attacker, the girl had various injuries on her body and was taken to the Álvaro Cunqueiro Hospital in Vigo, where the sexual assault protocol began and she was recognized by a coroner.

The O Porriño City Council reports that there was information about a possible kidnapping around 6:35 a.m. Monday when police received a call through 112 that a woman had thrown two handwritten notes in a paper out of a window “In them asked asked her for help when she found herself being held against her will in a house,” says the local government.

It was a neighbor who found the notes in which she gave details of the alleged perpetrator and his address. Local police and Civil Guard agents moved to the site. They also verified that the address matched that of a man who was wanted and arrested by various courts in the province and who also had an order to go to jail. This man is said to have starred in a similar episode at a neighboring town hall without being able to be arrested.

The agents, city sources continue, “rang the bell without receiving an answer,” and since the woman had already warned that the alleged attacker would kill her if he saw the police presence, “they decided to force the door open.” Upon entering the home, agents found the man asleep in bed and the victim frightened and very nervous. Without giving him time to react, they arrested the accused. The young woman suffered various bruises on her body left by the attacker for sexual relations, the city councilor adds, according to the victim himself. She also explained that she had been locked in the house since July 19. The Mayor of O Porriño, Alejandro Lorenzo, congratulated the police team for acting “with the necessary determination and without delay when it comes to avoiding serious and irreparable harm to women”.