Repsol doubles its profit to 2,539 million in the first half of the year 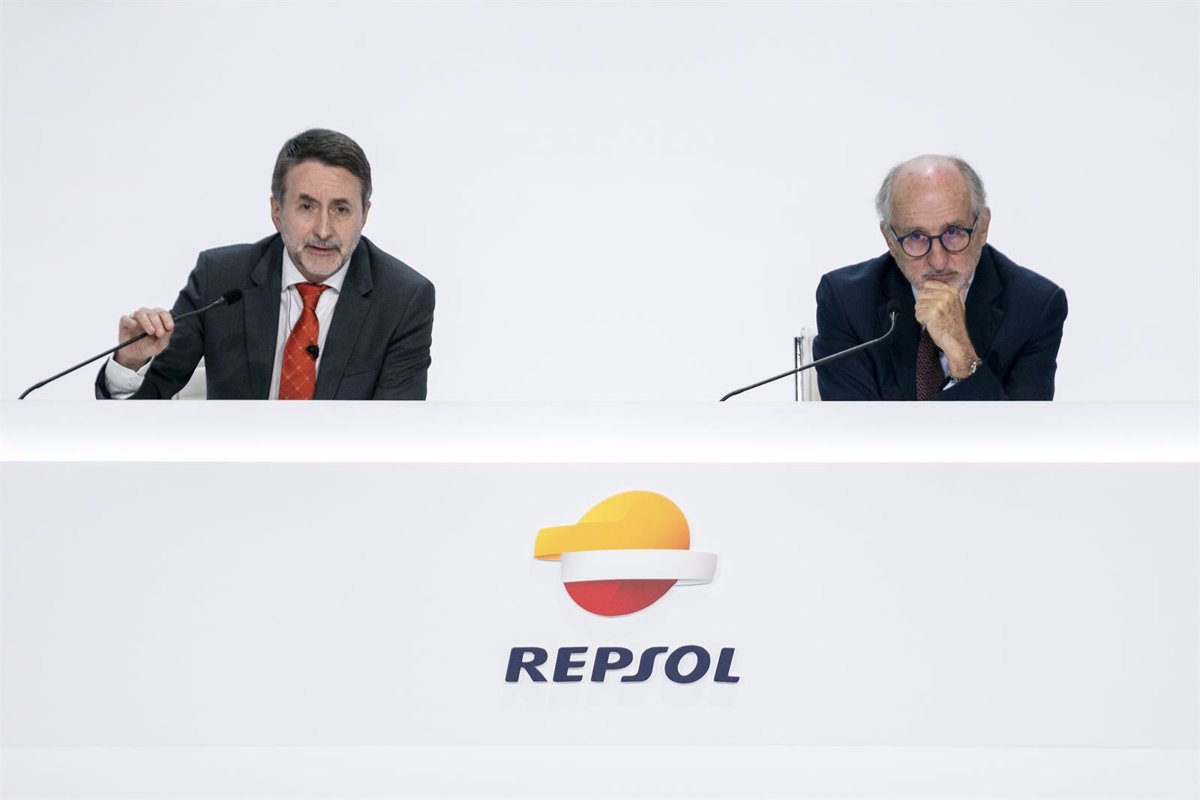 Records of impairment provisions for more than 1,800 million
Accountant of his refinery facilities

Repsol achieved a net profit of 2,539 million euros for the first half after doubling the profit from 1,235 million euros in the same period last year due to increases in hydrocarbon prices and refining margins.

The first half of this year was characterized by a volatile international context, caused by the tensions caused by the war in Ukraine after the invasion of Russia, which led to an increase in commodity prices on world markets.

For example, the price of Brent crude oil rose by 66% during this period compared to 2021, averaging $107.9 per barrel in the first half of the year, while Henry Hub Gas averaged $6.1 per MBtu, up 118% between January and June 2021. For its part, the refining margin indicator averaged $15.5 per barrel for the half year.

Repsol’s adjusted net profit up to June, which measures business performance in particular, amounted to 3,177 million euros, with a contribution of about 56% from the international business, the main representative of which was the exploration and production sector, which develops all its activities outside of Spain .

In a statement, the energy company pointed out that this net profit, together with the profits of 2,499 million euros achieved in 2021, partially offset the exercises of 2019 and 2020, which “added significant losses with a value of more than 7,100 million euros, derived from Wealth Adjustments to Net Zero Emissions and the Global Health Pandemic”.

Almost half of the net result – 1,206 million euros – corresponded to the accounting valuation of the stocks that the company keeps as a strategic reserve for Spain.

Repsol emphasized that these stockpiles, which have risen over the last quarter, strengthen its ability to guarantee supplies, even in volatile situations like those experienced worldwide since the beginning of the health pandemic and the war in Ukraine.

This significant increase in this item, which has almost tripled compared to the first six months of last year, is explained by the progressive increase in the price of hydrocarbons and their derivatives, mainly due to the tensions caused by the invasion of Ukraine.

Likewise, the instability of the business environment in Europe, exacerbated by measures contested by the industry – such as the ban on the sale of internal combustion engine cars in the European Union from 2035 – and regulatory pressures on the continent The resulting impact on long-term profitability and competitiveness of the group’s refineries has prompted the company to set up provisions for the impairment of the book value of its refining assets, which, at 1,844 million euros, account for the bulk of the specific half-year results .

At the end of June, the net debt of the company managed by Antonio Brufau was EUR 5,031 million, down EUR 869 million on the end of the previous quarter. For its part, liquidity amounted to 9,380 million euros and was sufficient to cover 3.9 times the short-term debt maturities.

Group CEO Josu Jon Imaz stressed that the group’s efforts to “continue to create jobs and investments for Spain, transform us and achieve net-zero emissions are proving remarkable”.

“We assume this commitment responsibly, just as we make a social contribution, help our customers in difficult times and at the same time guarantee supplies. All this despite the fact that the international context is uncertain and we have only just begun to overcome a pandemic that is causing significant losses,” he added.

Likewise, Repsol, which will provide more than 40% of the total investments envisaged in its strategic plan for the period 2021-2025
(19,300 million euros) to the Iberian Peninsula, indicated that it contributed 5,324 million euros in fiscal terms in the first half of 2022.

EXPLORATION AND PRODUCTION, MORE THAN HALF THE PROFIT.

By business segment, Exploration and Production reported earnings of €1,678 million, more than half of the Company’s total revenues.

Likewise, the international context had a very significant impact on the industrial sector, which achieved a result of 1,393 million euros. Repsol bets on the transformation of this business, which had a negative net result of 612 million euros in its refining activities in 2020 and 2021.

In particular, the refining margin indicator had declined for all of last year and part of the first quarter of this year, impacted by the fall in fuel demand, a situation that reversed in the second quarter, when supply was insufficient to meet demand to cover diesel, gasoline and aviation kerosene, which drove prices up worldwide.

Repsol pointed out that the endemic situation in the refinery in the European Union, whose capacity has been reduced by more than 10% in the last decade after the closure of 24 plants, also contributed to this price increase, mainly due to a low environment Profitability and regulatory uncertainty. In contrast, the consumption of petrol, diesel and kerosene increased by 1.3% over the same period.

MORE THAN 150 MILLION SAVINGS FOR CUSTOMERS.

The Commercial and Renewables division was affected by the significant discounts on the sale of fuel at its service stations, which brought savings of more than 150 million euros to its customers at the end of June .

Likewise, Repsol pointed out that it has sought to mitigate the impact that the pricing context of the electricity and gas retail market is having on its 1.5 million customers in that business, which has contributed to losses in the region.

The results of the Renewables and Low Carbon Generation business continued to improve thanks to the gradual increase in its generation capacity. During that period, the group agreed to sell 25% of Repsol Renovables for €905 million in a deal that values ​​the company’s renewable energy business at €4,383 million, including debt and minority interests.