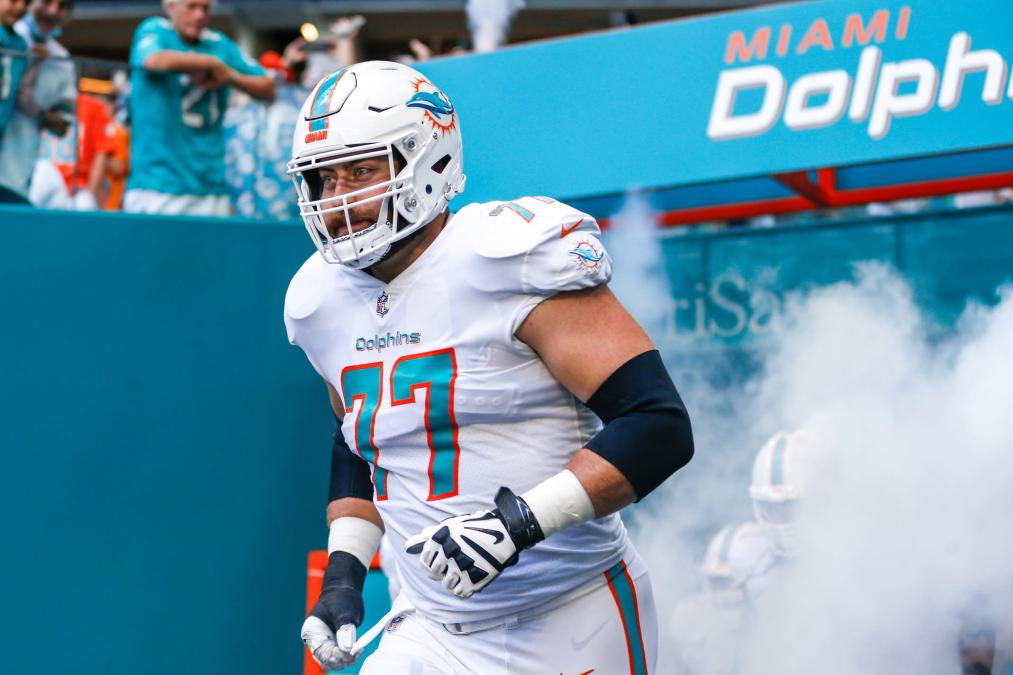 The Minnesota Vikings are boosting their offensive line by agreeing to a one-year, $3 million deal with veteran free agent Jesse Davis, according to the Chris Tomasson of Pioneer Press.

Davis started in 72 of a possible 80 games in his last four seasons with the Miami Dolphins. So this isn’t just a depth signing for the team to continue jogging Oli Udoh on the field while second-year offensive guard Wyatt Davis performs in tandem.

Jesse Davis has a legitimate chance to win the starting job in Minnesota and step into the fold to help the team compete right away.

He struggled at right tackle for the Dolphins last season, but his versatility gives him the ability to be kicked inside to right guard. The latter is just what the doctor ordered for the Vikings with Brian O’Neill and Christian Darrisaw already filling the tackle positions.

Right guard and center have been major trouble spots for a Vikings team hoping to give quarterback Kirk Cousins ​​a little more time in the pocket to take advantage of the multiple offensive weapons he has on the field.

Davis, who was given a 52.5 rating in 2021 by Pro Football Focus, hopes to bounce back with the opportunity to play indoors.

Any change feels welcome at this point. Udoh isn’t getting the job done, and if the Vikings believed in Wyatt Davis that much, they wouldn’t have gone out and signed another potential starter.

Competition at right guard will be fierce in training camp.

Previous articleErdogan: Contacts with Putin and Zelensky are going in a positive direction
Next article? CFX is skyrocketing and suddenly over 50%