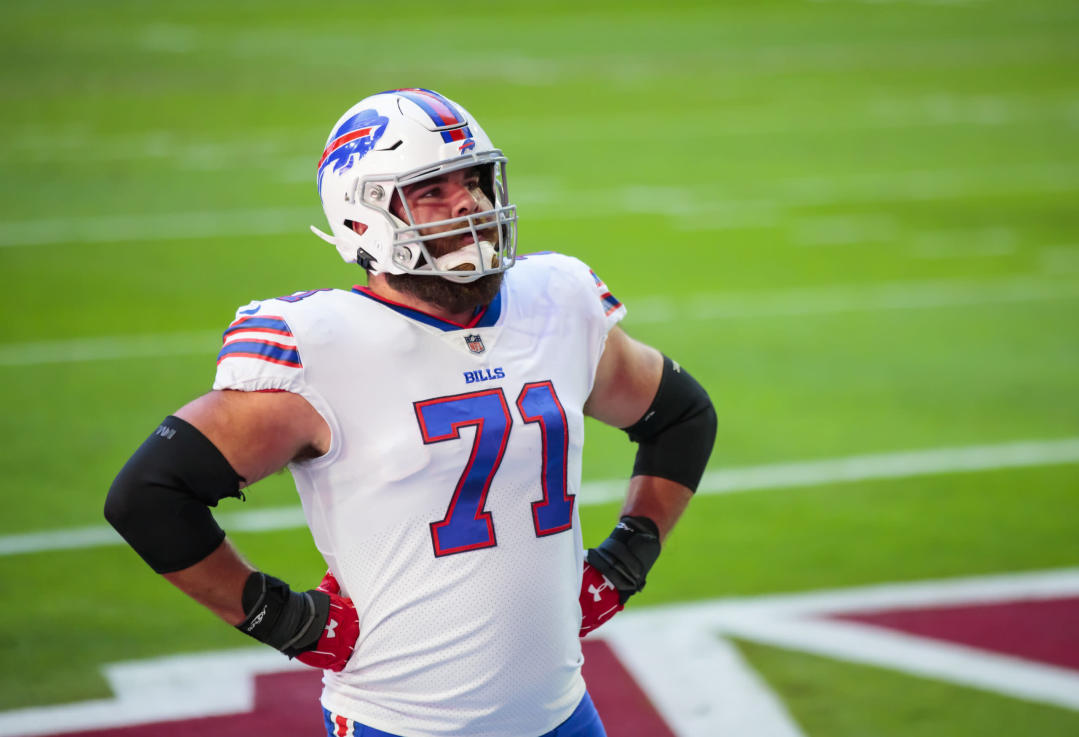 The Chicago Bears are looking to revamp the offensive line this offseason to protect quarterback Justin Fields. They already made a move to block a cross on Lucas Patrick. Now, it looks like they’re close to getting another starter.

According to Brad Biggs of the Chicago Tribune, restricted free agent Ryan Bates intends to sign an offer sheet from the Bears. Bates has been with the Buffalo Bills since 2019, where he became an integral part of their offensive line since 2020.

Bates has been in high demand, where he has had visits with the Bears, New England Patriots and Minnesota Vikings over the past week. But since Bates is a restricted free agent, the Bills have five days to match the contract Chicago offers Bates.

Bates, 25, was an undrafted free agent by the Eagles in 2019 before being traded to Buffalo later that season. As a rookie, he appeared in only eight games. He but he has been a two-year starter in subsequent years, where he played left and right guard.

Buffalo offered Bates an original offer of $2.4 million, which means they can match any contract offer from the Bears or other teams interested in his services, per RFA rules.

According to NFL Network’s Mike Garafolo, the Bills will not be eligible for draft pick compensation if they don’t accept Chicago’s offer, as Buffalo gave him the lowest offer.