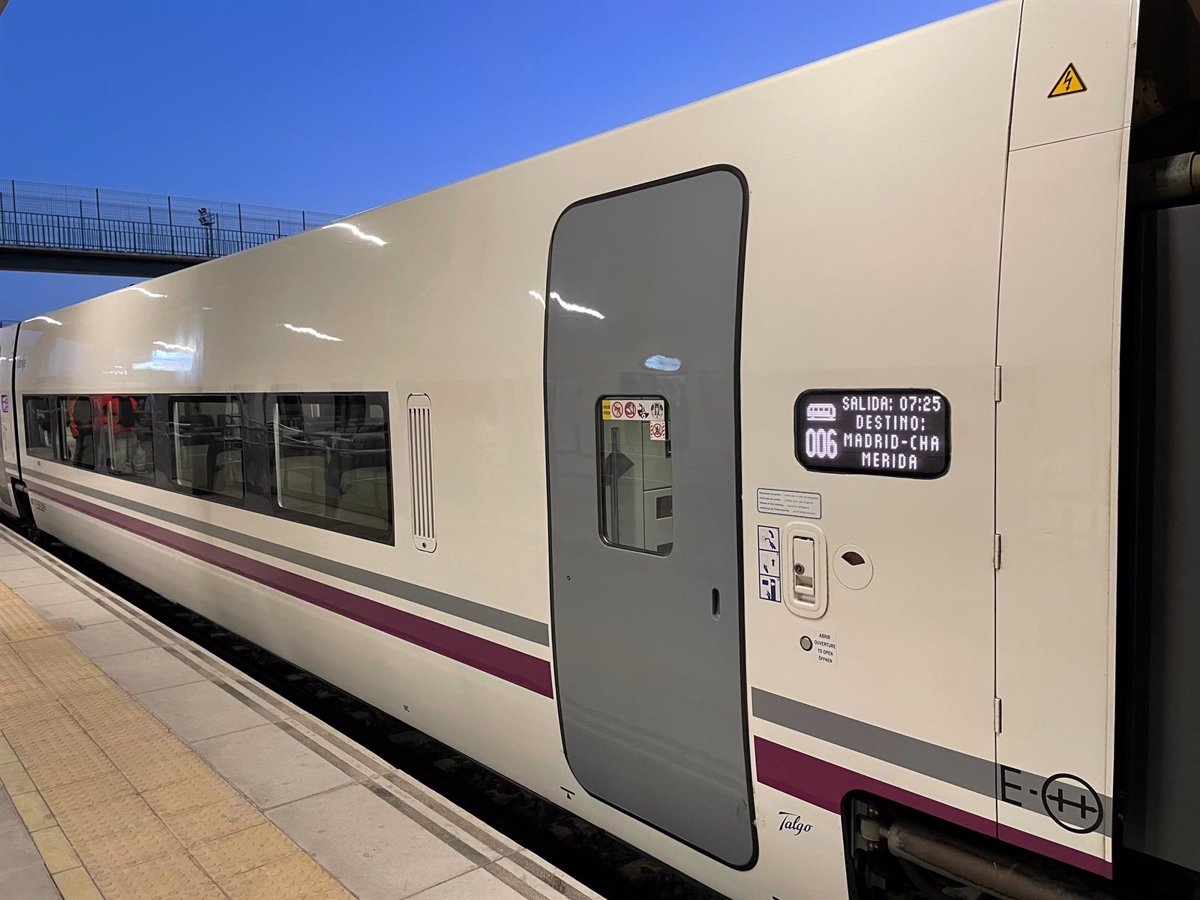 Renfe has identified an “anomaly” in the Alvia train, which went into service in Extremadura this week, which causes it to reduce speed on some sections with gradients, and is therefore working with the manufacturer to fix this problem solve.

In the meantime, and until a solution is found, Renfe will make a “small adjustment” to travel times, which will increase by “a few minutes” with the aim “that people don’t feel like the train isn’t closing.” late”, and compensates for this with a 50% discount on the ticket price for this journey.

This was pushed by the President of Renfe, Isaías Taboas, at a press conference this Friday in Mérida, after a meeting with the Minister of Mobility, Transport and Housing, Leire Iglesias, and the President of Adif, María Luisa Domínguez, to address the numerous discuss incidents registered this week following the commissioning of the Alvia train in Extremadura.

Isaías Taboas began his speech, asking for “apologies” from the Extremadurans because “we have an obligation towards them and we are not fulfilling it”, after which he recalled that he had committed himself “to restoring confidence in the railway services”. work, after which he has highlighted the “efforts” they have made for the “dignity of service” in the region.

However, the President of Renfe has stated that after last Monday’s start-up, the company “detected a problem in the Alvia trains, which are among the best that we have in the fleet and have been fully operational for years, with satisfaction on.” other routes in Spain”, but that in the case of Extremadura this “anomaly” means that the train “does not stop, but slows down in some sections”.