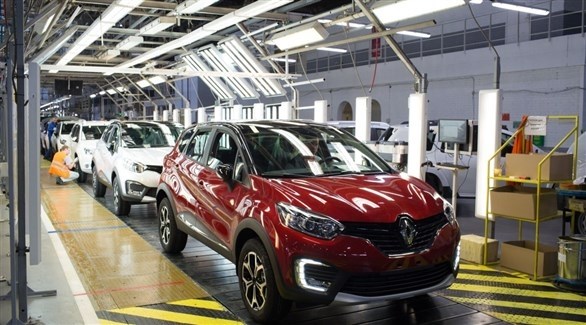 French automaker Renault announced Wednesday night that it had immediately suspended “the activities of the Renault plant in Moscow” and was evaluating “possible options regarding its participation” in its Russian subsidiary AvtoVaz, in a move that it comes amid mounting pressures over its overwhelming presence in Russia.

Renault said in a statement that its board of directors met on Wednesday and decided “to suspend the activities of the Renault plant in Moscow from today.”

This plant produces the Duster, Captur, Arkana and Nissan Terrano models. But the group’s greatest presence in Russia goes through its subsidiary “AvtoVaz”, through which Renault sold almost half a million cars in Russia in 2021, the French group’s second largest market after Europe.

Renault’s decision came shortly after the Ukrainian Foreign Minister, Dmytro Kuleba, in a tweet on Twitter launched a global call for a boycott of the group for its refusal to withdraw from Russia, accusing the French company of supporting this decision with a “brutal war of aggression” against his country.

In a speech to the French parliament on Wednesday morning, Ukrainian President Volodymyr Zelensky called on French companies still in Russia, including Renault, to withdraw from Russia.

In its statement, Renault clarified that it is “in the process of evaluating possible options regarding its participation in AvtoVaz”, of which the French group has owned 69% since the end of 2016 and is the leader in the Russian market with its Lada brand.

Renault stressed its enthusiasm to act “responsibly towards its 45,000 employees in Russia”.