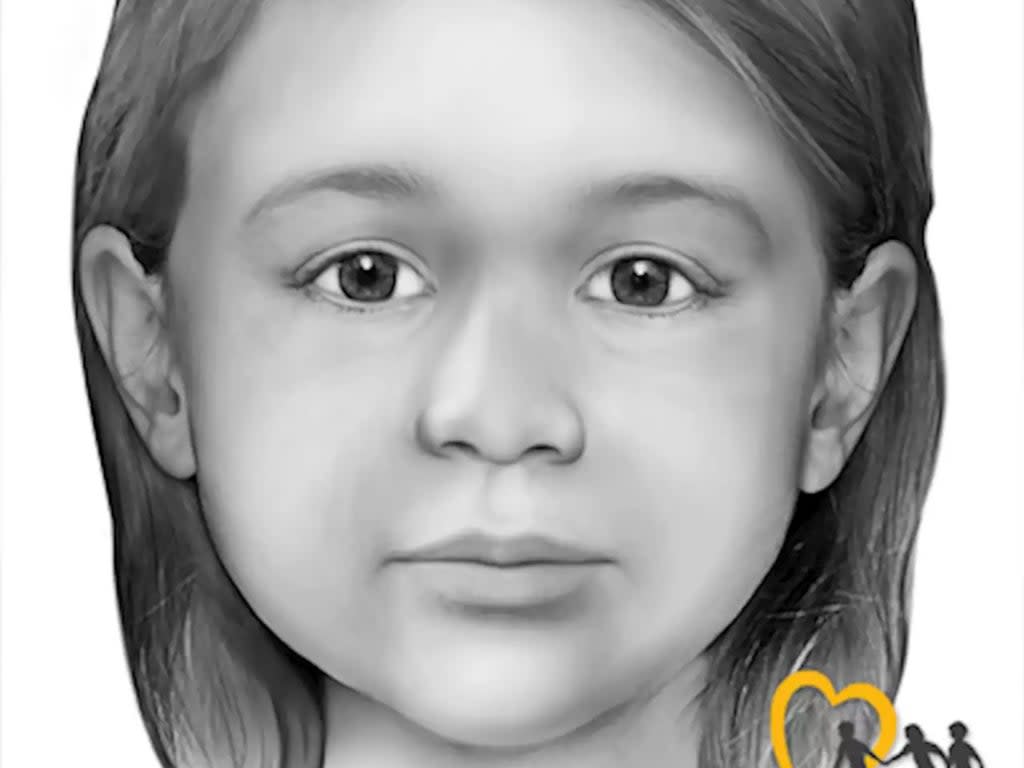 The stifling heat of the Arizona desert in midsummer served as the backdrop for a chilling discovery in 1960; the partially buried remains of a girl.

Police believe she is between three and six years old, the girl’s remains were likely buried for two weeks before they were discovered in Sand Creek Wash near Congress, Arizona. After she was exhumed from the desert, investigators began to identify her.

For 62 years, the girl has been referred to as “Little Miss Nobody.” On Tuesday she was finally identified as Sharon Lee Gallegos, who was abducted from her home in New Mexico.

At the time, Sharon’s death was ruled a homicide and a pair of adult shoe prints were found near the site of her discovery. The nearby community of Prescott, Arizona provided a funeral for her as authorities were unable to determine her identity.

“The unidentified girl who won the hearts of Yavapai County in 1960 and occupied the minds and time of the YCSO and its partner for 62 years will now rightfully be named after her and will no longer need to be called Little Miss Nobody,” he said. the sheriff’s office in a press release announcing their discovery.

According to the sheriff’s department, Sharon’s identity was determined through DNA analysis by a Texas-based laboratory.

In 2018, Sharon was exhumed so her DNA could be analyzed. However, DNA testing was not advanced enough at the time to determine her identity. However, with recent advances in DNA technology, Sharon could finally be identified.

Othram, a Texas-based lab that analyzes DNA, confirmed that the remains belong to Sharon. It was determined that she was four years old when she was kidnapped and murdered.

Authorities said they are still waiting to identify who took her and what happened during the 10-day span she was missing before her body was found.

According to The Charley Project, Sharon was abducted from behind her grandmother’s house in Alamogordo, New Mexico, on July 21, 1960.

According to two children who were with Sharon at the time, a “dirty old green vehicle” driven by a man and a woman approached the group and offered Sharon candy and clothes if she would get into the car. She reportedly refused and the couple dragged Sharon into the car and she fled.

The abduction was immediately reported, but police were unable to locate the couple.

“The male abductor is described as a slim white Caucasian male with a long nose and straight sandy-colored hair. The woman is described as short and overweight with dirty blonde hair and glasses; she was in her mid-thirties,” according to The Charley Project. “Witnesses reported that a woman matching the description of Sharon’s abductor had been seen in the neighborhood, asking questions about Sharon, her mother, and her household.”

Police at the time believed the couple had been talking to Sharon for a week before her abduction. They believe they saw the girl after church the Sunday before she disappeared.

The remaining members of Sharon’s family helped identify the girl’s remains by providing DNA samples. They were informed when Othram positively identified the remains as Sharon’s. Her nephew, Ray Chavez, was present at the press conference on behalf of her family. He was born five years after she was kidnapped.

She said her family grew up with Sharon’s story as a part of their lives, and that she even did research work when she was in high school on her missing aunt’s story. Her mother and her aunt, Sharon’s mother, have already passed away.

Chavez thanked the sheriff’s office for not giving up on the case after six decades.

“We were really delighted,” she said of learning the truth about her aunt’s identity.

He also thanked the Prescott community for keeping the memory of “Little Miss Nobody” alive over the years.