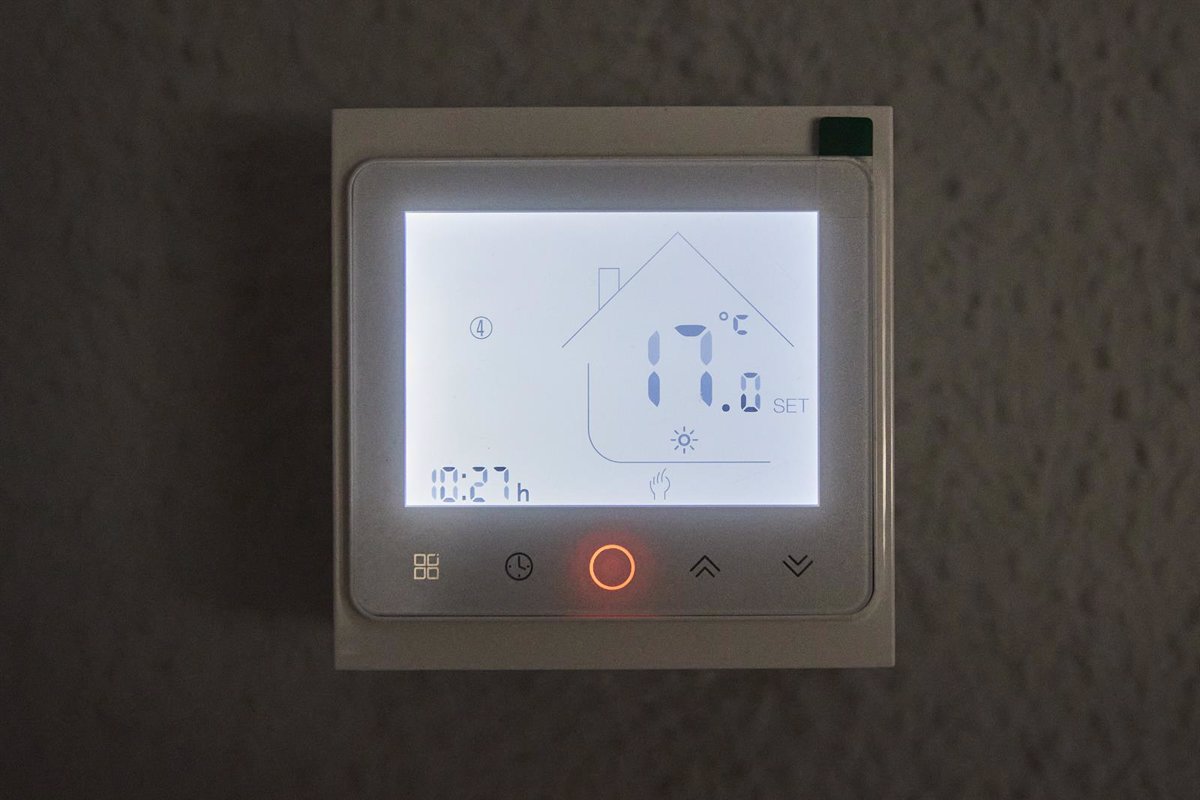 Limit the use of air conditioning to 27 degrees in summer and heating to 19 degrees in winter in public buildings, commercial areas and department stores, transport infrastructure (airports and train and bus stations), cultural sites and hotels, and turning off shop window lights and public buildings that are after 10:00 p.m. are unoccupied are the first measures that will come into force this Wednesday.

It says so in the first package of energy saving and efficiency measures adopted by the government to rapidly reduce energy consumption in order to meet European commitments from the conflict in Ukraine. For all these initiatives, they are valid until November 1, 2023.

Health and hospital centers, training centers (schools, universities or kindergartens), hairdressers, laundries, gyms and the means of transport themselves (trains, planes, airports, ships…) will be exempt from the obligation to limit the temperature in summer not to fall below 27 degrees and not exceed 19 degrees in winter.

Also excluded are those centers where exceptions are required due to the specifics of the sector, as well as rooms that are privately regulated in hotels. In the rest of the hotel (e.g. restaurants, cafeteria, common areas) it would apply.

In this way, the specified temperature limits apply to the interior of air-conditioned habitable facilities located in buildings and premises intended for administrative use (including floors or office areas, general lobbies and areas for public use), commercial (shops, supermarkets). , department stores, shopping centers and the like) and culture (theaters, cinemas, auditoriums, congress centers, exhibition halls and the like) as well as in public entertainment and leisure facilities, gastronomy (bars, restaurants and cafes) and passenger transport (railway stations and airports).

However, last Friday, the Minister for Ecological Transition and the Demographic Challenge, Teresa Ribera, specified that bars and restaurants can limit the use of air conditioning to “around 25 degrees, taking into account the recommendations of labor legislation 27 degrees, as specified in the royal decree energy saving and efficiency measures approved by the government.

With that in mind, he clarified that 27 degrees is applied “flexibly”, citing as an example that nightclubs, kitchens and gyms require a different temperature than other spaces such as a bookstore.

“You cannot ask workers engaged in essential physical activities not to have the conditions guaranteed by labor law in terms of maximum and minimum temperatures,” Ribera assured in statements to Onda Cero, published by Europa Press were collected.

For this reason, companies and institutions must justify when they do not apply the temperature limit in the thermostat, a flexibility that has been included in the Legislative Decree to protect the health rights of their workers in the workplace.

MAY NOT BE APPLIED FOR DECORATIVE LIGHTING OF MONUMENTS

With regard to the affixing of posters, signs and screens, the buildings to which the temperature limitation applies must also provide information, through informative posters or the use of screens, of the application measures that contribute to energy saving in relation to the values ​​of the air temperature limit values ​​B. Information on Temperature and humidity (thermometers must be visible to building occupants), opening of doors, or audit and maintenance schedules.

They can also provide information about other actions they take voluntarily and the placards must be visible from the entrance or entrance to the buildings. The start date of the measure is one month after the publication of the regulations in the BOE, i.e. the next September 2nd, and is in principle valid until November 1st, 2023.

As for the obligation to have an adequate door locking system, it applies in buildings and premises with street access intended for the same uses to which the temperature limitation would apply.

In this respect, exclusions are out of the question, unless the safety regulations applicable to the building or premises conflict with compliance with this obligation. The adjustment date is before September 30 and there is no end date for compliance.

Commercial sites, public buildings, cultural sites and hotels that do not comply with the government-approved energy saving and efficiency plan face fines of up to 60,000 euros for minor violations, up to 6 million euros for serious and up to 100 million euros for the very serious ones.

Sources from the Ministry of Industry, Commerce and Tourism have told Europa Press that the sanctions to be applied will be those contained in the Regulation on Thermal Systems in Buildings (RITE), which in turn are provided for in Articles 30 to 38 of Law 21 are / 1992, from July 16 of the industry, on administrative offenses.

RIBERA: “I DON’T THINK ANYBODY WILL FIND A FINE QUICKLY”

Ribera stressed this Tuesday that “it is not an immediate application” and that the cooperation of the autonomous communities is “essential”. “I don’t think there is a will to general rejection,” Ribera assured in statements to Cadena Ser collected by Europa Press.

“It’s not meant to be sanctioned, it’s meant to be channelled, so we have to give ourselves a margin, of course we all have to be vigilant and reinforce the idea that the regulations are there to be complied with. I don’t think anyone will be quick to impose fines, but conversely there needs to be a prior procedure and appropriate action taken on that basis,” he explained.

However, he has warned that “if time goes by and nothing happens here”, it would be necessary to think “obviously” about what the resources are and “which probably corresponds to a negative power conflict” if the regional administration turns out to be intends not to apply rule.

“I believe any responsible government knows that the rules are there to be enforced and non-compliance is avoided,” he said.

In the event that there is no sanction by the Autonomous Communities after the deadline, Ribera explained that the organic law of the Constitutional Court provides for negative conflicts of jurisdiction in those cases where the competent administration does not exercise the powers can be reprimanded by the other administration .

“If, despite the warning, the competition is still not exercised, a dispute can be raised before the Constitutional Court, there are other alternatives before the litigious courts, but I understand that this is something that the legal services have to assess,” the minister stressed. the ecological transition, adding that “it is not a question of immediate application” and that the cooperation of the autonomous communities is “essential”.

Previous articleThe government is preparing for the arrival of a plane carrying Afghan refugees in Madrid, a year after the evacuation from Kabul
Next articleAccording to reports, the integration of women in Spanish boards of directors is stagnating