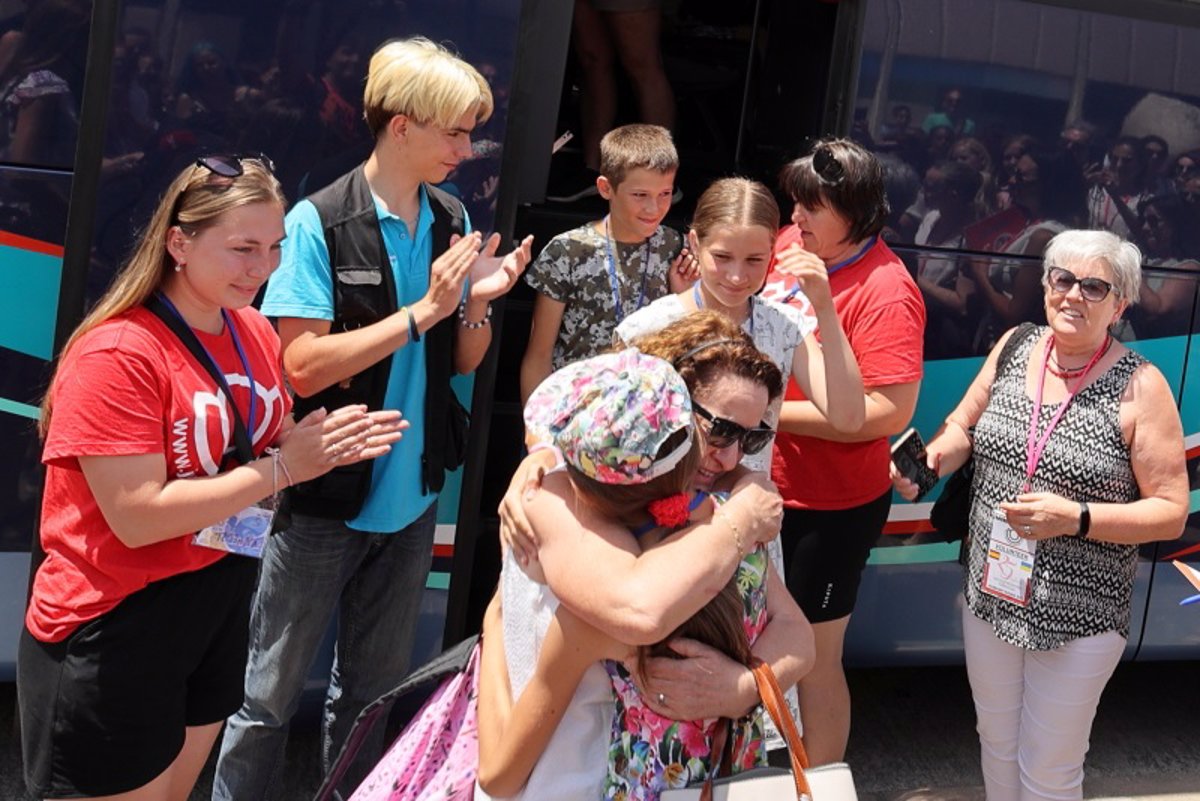 Around 50 minors came to Valencia this Thursday from bombed and destroyed villages and towns in Ukraine, particularly from the Chernobyl region, hoping to spend a summer in peace and away from the war with their host families.

With applause and cuddly toys, the families received the children in the vicarage of the Polytechnic University of Valencia (UPV) from a bus that brought them directly from Ukraine after a journey of several days.

Now, for two months, they will be received by Valencian families as part of the special program organized by the Together for Life Foundation for this summer. “They know that they will remain calm and will not hear any bombs,” they emphasize from the NGO.

At the meeting there was emotion and tears after the entity’s call to the families who voluntarily joined the reception, most for the first time. The minors, between 6 and 12 years old, know that they are fine now after what they have been through in recent months, an illusion that was reflected in their eyes.

Alona recounted the agony she experienced in her village: “I was very scared when I heard the rockets over my house because I thought the bomb might fall. Now I’ll be calm, I’ll have a good time and the only thing is that besides my parents I’ll miss it.”

Sasha reported that she was afraid in the basement of her house, where she had been hiding for a long time, and now she wants to play and go to the beach. Nastia recalled how in Ukraine “the Russian invaders shot a lot and drove past with the tanks that drove through the villages and through the houses” where they lived.

“NOW I DON’T WORRY ABOUT MY LIFE”

“These are children who were hiding in their homes for more than a month until the Russians left and their mothers asked us to bring them. With great enthusiasm we will make them spend their summer living in Valencian families,” emphasizes Jesús Rodríguez, vice president of Together for Life, an organization that has been running this type of program for 25 years.

The minors will spend these two months in different towns and cities of Valencia, where their host families have already prepared for them an unforgettable summer. “We’re going to make sure they have a summer they’ll never forget. A summer of joy with the children, like any other daughter; we will do what she wants, little by little we will see how she adapts have fun, be with your family, integrate and forget about the problems you have where you are from,” said one of the foster mothers.