“Recipes for children”, the book to make children aware of hunger 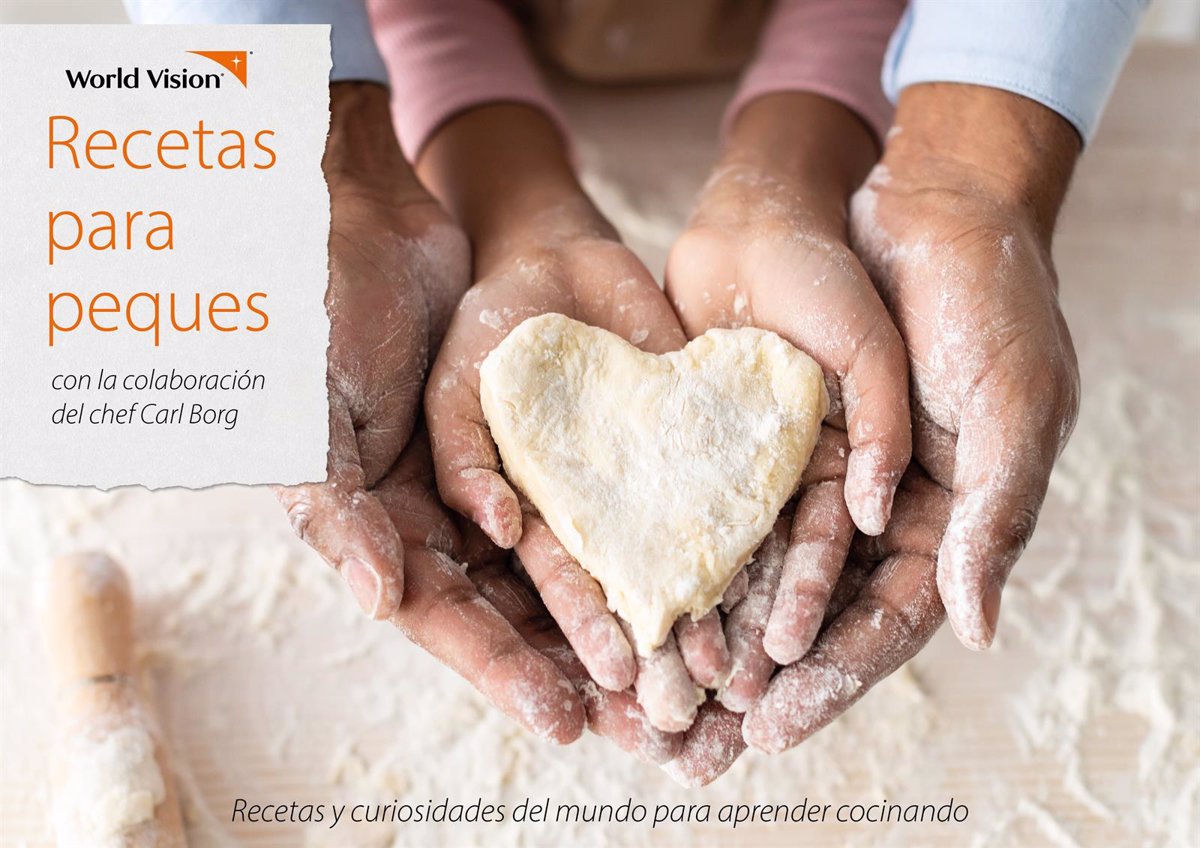 World Vision and chef Carl Borg have presented a cookbook for children with which they want to draw attention to the topic of hunger. “Recipes for Kids” was born not just as a recipe handbook, but as a way to teach values ​​such as solidarity and empathy, learn simple facts about proper nutrition and explore the realities of other boys and girls through recipes by chef Carl Borg, as well as other traditional ones from different parts of the world.

From the hospitality of the Syrian people to the way of taking food with the hands of Ethiopia, the book collects curiosities of the world that show the different flavors of other cultures, such as putting banana bread, Syrian sesame biscuits, blackberry muffins, or chocolate puff pastry buns in the center of the table and like eating with your hands in India.

Chef Carl Borg, who won the competition for the best chef in Catalonia in 2000 and currently runs his own restaurant in Alicante, has compiled some of his favorites such as the chocolate brownie, the almond toast or the croquette egg and chicken in “Recipes for children”. .

“Lunch is a time to enjoy in company and to connect with people. That’s why I love to share my cooking with family, friends and neighbors, especially children. In this recipe book you will find 18 ways to take a little time and share to cook the little ones in the house,” said the chef.

A recipe book that includes everything from the classic Spanish croquettes, to a take on British fish and chips, to exotic Indonesian ice cream biscuits.

This initiative comes at a time when international aid organization World Vision has declared a global response to hunger as extreme hunger rises dramatically around the world. According to the organization, 45 million people are at risk of starvation unless they receive urgent help to save their lives, and more than 800 million people are starving around the world. “If we don’t act now, the numbers will continue to rise in what is likely to be the worst hunger crisis in history,” the company has stated.

“This recipe book is a good opportunity to talk about important issues affecting the world today and to teach the little ones about solidarity and empathy. I often tell my kids how important it is to share what you have with people who are close to us, but we also need to focus on those who are far away and have far fewer opportunities than we do.” Added Carl Borg.

“Unfortunately, food is not distributed fairly in the world. Not everyone has enough to eat every day. In this book we tell you more about it, we give you dates, personal stories, cultural curiosities and examples adapted to the little ones to to be able to.” talk about it,” he added.

World Vision is committed to a world where no one goes hungry, especially children. The goal is to lift the most vulnerable on the planet out of poverty and ensure they always have enough to eat and a better life.

“We know how to act in the face of this type of emergency, we have done it before, but we need the support of the entire community involved: citizens, businesses and of course governments. In the last 10 years, 80% of the severely malnourished children we at World Vision have treated have made a full recovery. It is worth continuing to invest all our efforts,” said Eloisa Molina, the organization’s communications coordinator.