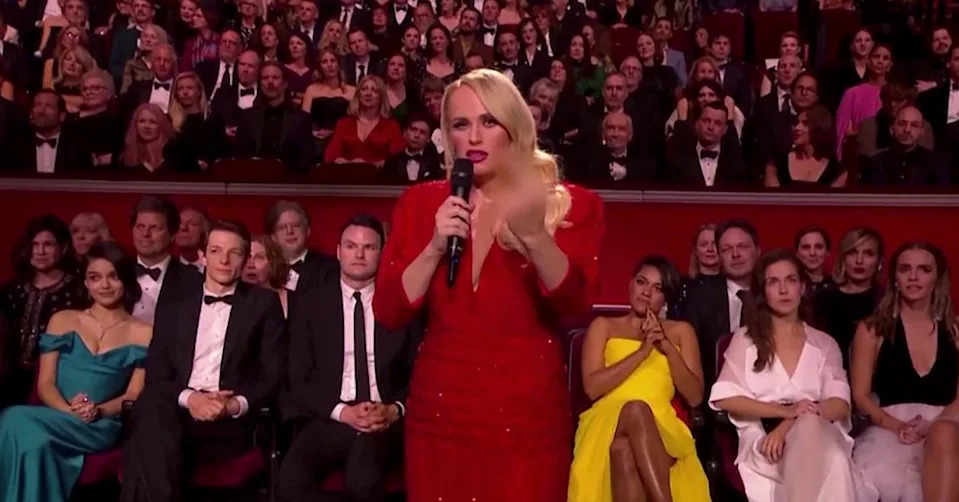 BAFTA 2022 presenter Rebel Wilson has divided the opinions of social media users after she made a joke about Russian President Vladimir Putin.

Introducing Emilia Jones, the lead actress in CODA, a film about a son of deaf parents, Rebel explained that there were two interpreters on stage, one for American Sign Language and one for British Sign Language.

He raised his middle finger and added: “Fortunately, in all sign languages, this is Putin’s gesture.” The joke was well received by the audience and many of the celebrities present expressed their solidarity with Ukraine after the country was invaded by Russia.

Some viewers found the joke inappropriate.

While some viewers found Rebel’s prank hilarious, there were others who were less than thrilled. “I’m closing BAFTAS,” one user wrote. “The presenter just gave Putin the middle finger. Why does the BBC (and all media, frankly) have to be so partisan and political all the time? It’s an awards show, dammit!”

“The #BAFTAs have been pretty decent this year,” wrote another. “Rebel Wilson was brilliant as a presenter. Her sign language to Putin.” A third added: “The middle finger for Putin is the #BAFTAs of anyone with common sense.”

“OMG the #BAFTAs are excruciatingly painful – with Rebel Wilson as host it’s like a child wrote it! Unfunny jokes, obvious references to royalty and mention of Putin oh my gosh!” another user wrote. .

“I’ve seen the #BAFTAs and while the eulogy part was nice, Rebel Wilson could have mentioned everyone currently affected by the war around the world and not just in the Ukraine,” another viewer commented. “Also, while he might have deserved it, was it really necessary to give Putin the middle finger? Leave politics out of it.”

One who is likely to be positive about Rebel Wilson’s action is Benedict Cumberbatch, who clearly showed his support for Ukraine already on the red carpet by wearing a badge in the colors of the Ukrainian flag: blue and yellow.

He also announced that he would like to participate in a government program to host Ukrainian refugees. “Everyone has to do their best,” she said. “There is a record number of people volunteering to host people and I look forward to contributing myself.”

In the video: “The Power of Dog” triumphs at the Bafta Film Awards