Reasons to prefer the iPad Pro to the iPad Air 5 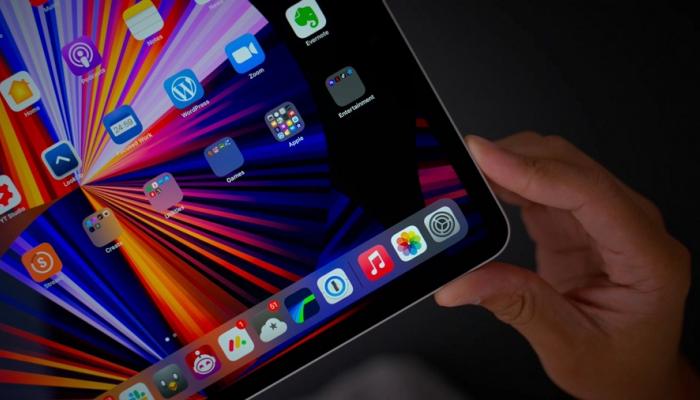 And the website “Apple WD” revealed the reasons for the experts’ preference for the M1 iPad Pro, and their claim that the iPad Air 5 has not been announced to replace it in any way.

The site first made it clear that the iPad Air 5 will work just fine for most people and could affect sales of the 11-inch Pro model as well, but when comparing the Air version to the Pro version, we found that there are some big differences for the iPad Air 5. users with special requirements.

And that includes the display, as the M1 iPad Pro offers ProMotion with a 120Hz refresh rate and you notice a big difference when switching from Pro to iPad Air with just a 60Hz refresh rate.

As you’ll notice, if you choose a 12.9-inch iPad Pro with a miniLED display, the screen will be brighter, more colorful, and of course bigger.

The iPad Pro also offers 16GB more RAM than the iPad Air, compared to just 6GB on the Air.

Apple explained that the new iPad Air 5 features the new M1 processor, which provides 60% faster performance compared to the previous model equipped with the A14 processor, in addition to doubling the speed of the graphics card.

The Magic Keyboard case can be used with the new iPad Air 5 tablet to rival Windows laptops.

The US company confirmed that its new device is compatible with the second-generation Apple Pencil data input stylus, which attaches magnetically to the side of the tablet, and charges in the meantime, bringing the Air version much closer to the luxury model. Professional iPad.

The new tablet’s USB-C port provides twice the bandwidth of the previous model.

The 12MP ultra-wide front camera not only provides better quality photos, but also supports Center Stage technology to keep the user in the center of the picture constantly.