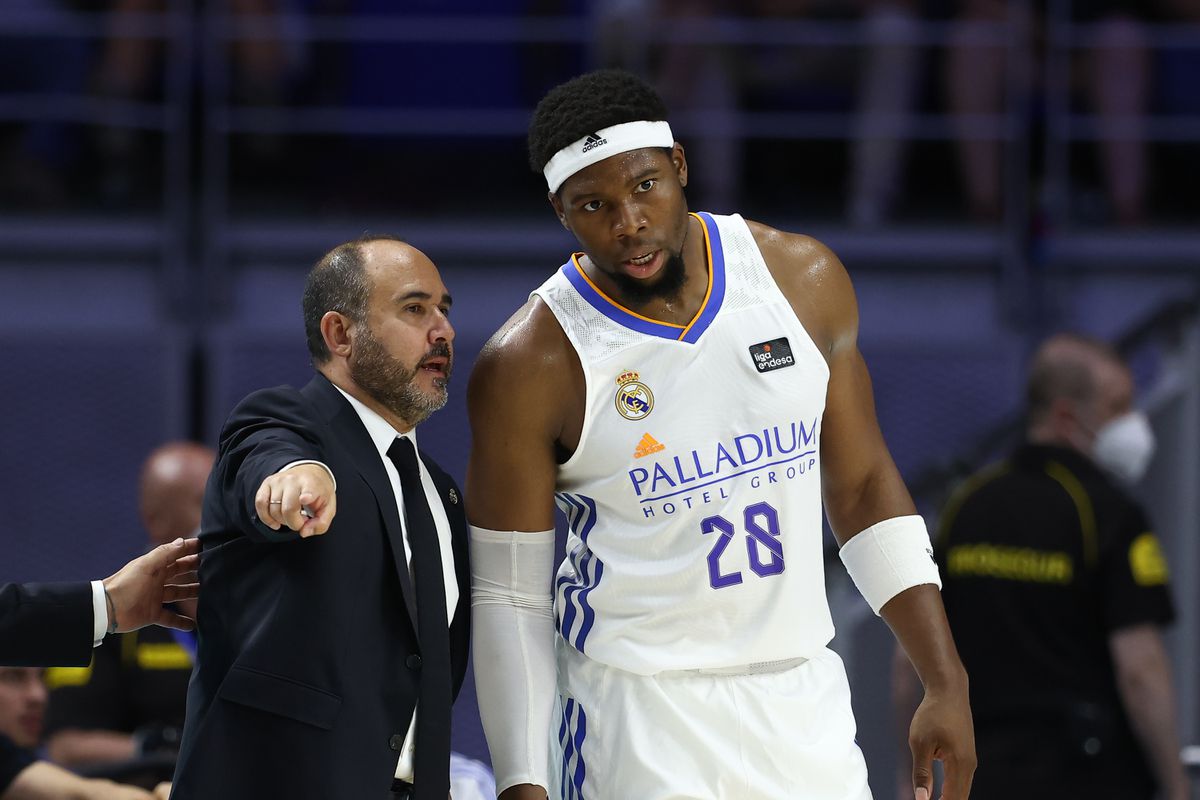 Real Madrid’s season can only be compared to the resurgence of a phoenix that had to pass through the flames to fly again. The white team were named ACB league champions in their fourth game this Sunday against Barcelona, ​​adding their 36th league title, their first after two years of drought.

Real Madrid’s road to the title was a crossroads plagued by crises of all kinds: sporting, emotional and even health. If someone had written the script for that year in the white team, the words collapse and resurrection could not be missing, the reflection of a season in which the team went through the worst stretch of results of the Laso era and ended up winning the league title and he was just a basket away from also declaring themselves European champions. The players’ celebration this Sunday after winning the title, with many of them breaking down in tears on the hardwood floor of the Wizink Center, symbolizes what the team has endured over these nine months.

And that the year after conquering the Spanish Super Cup against Barcelona kicked off with an epic comeback of 19 points in the last quarter. The team had been reinforced with several new signings (Williams-Goss, Heurtel, Hanga and Yabusele) over the summer and gradually adapted. The white team started like lightning in the regular league and the Euroleague, leading both competitions. But then came winter and omicron. The Covid hit all teams in the ACB league but Real Madrid were particularly tough. Pablo Laso, Heurtel, Causeur, Yabusele, Poirier, Juan Núñez, Randolph, Hanga, Llull, Alocén and Taylor all fell into the macro breakout. Despite everything, the team remained steadfast in the games, which was proved by the victory in the Euroleague against CSKA with 11 losses and three debutants.

The ACB gave the white team a break and postponed several of their matches, including the Clásico against Barcelona, ​​where there were also several infected at the time. The game was played on January 23: Madrid had a record of 34 wins and only 4 losses. But Barcelona came and took over Wizink, unleashing an unprecedented crisis in Madrid during the Laso era: 14 defeats in 25 games. Along the way, the Azulgrana won the Copa del Rey and snatched the lead of the ACB and Euroleague.

Laso found no solution to revive the bleeding team. By early April, the streak was 10 losses in 14 games. The technician decided to pull the hammer and pushed Thompkins and Heurtel aside. “The team is always above the people and we have to do that again,” argued the coach shortly before the duel with Barcelona in the second division classic, which also fell after extra time on the Azulgrana side. Madrid badly needed a catharsis.

And it came at just the right time with the quarter-final series against Maccabi Tel Aviv. The indestructible character showed: 3:0 he swept his rival with an unassailable 3:0 in a row to set course for the Final Four in Belgrade. Confidence and play returned, and progression continued to increase.

In the semifinals against Barcelona, ​​​​​​who had 11 wins in the previous 14 classics, Madrid certified the resurgence. “We never stopped believing,” declared Pablo Laso after the win (86-83) that gave him the pass to the final. An irreducible conviction against all logic. In that game, Williams-Goss was injured after 52 seconds, the only pure point guard Laso still had. The trainer made a virtue of necessity and pulled the hanga and deck revert to position 1 out of the hat, a move that was crucial. The team were eliminated in the final by Anadolu Efes but were just one basket away from 11th Euroleague.

After the Euroleague it was my turn playoffs of the Endesa League and the team remained in a trance, physically fit and with the best defense of the moment. Baxi Manresa was the first to succumb to the hurricane that unleashed Madrid and set course for the final. They failed the Catalans in two games and were in the semifinals against Baskonia, who also didn’t stand a chance (3-0). But after the second game of the series, Pablo Laso got scared (he suffered a heart attack and ended up in the hospital). Chus Mateo took his place.

Of course, in the final, Barcelona came out ahead of Madrid again, but the tables were reversed. Madrid was with more energy, confidence and confidence. Randolph’s injury in the first game (torn ligament, eight months out) couldn’t dampen spirits for a team that has vowed to do the only thing they can: win. He did so in Palau to steal home field advantage and decided the series at home without having to reach game five.