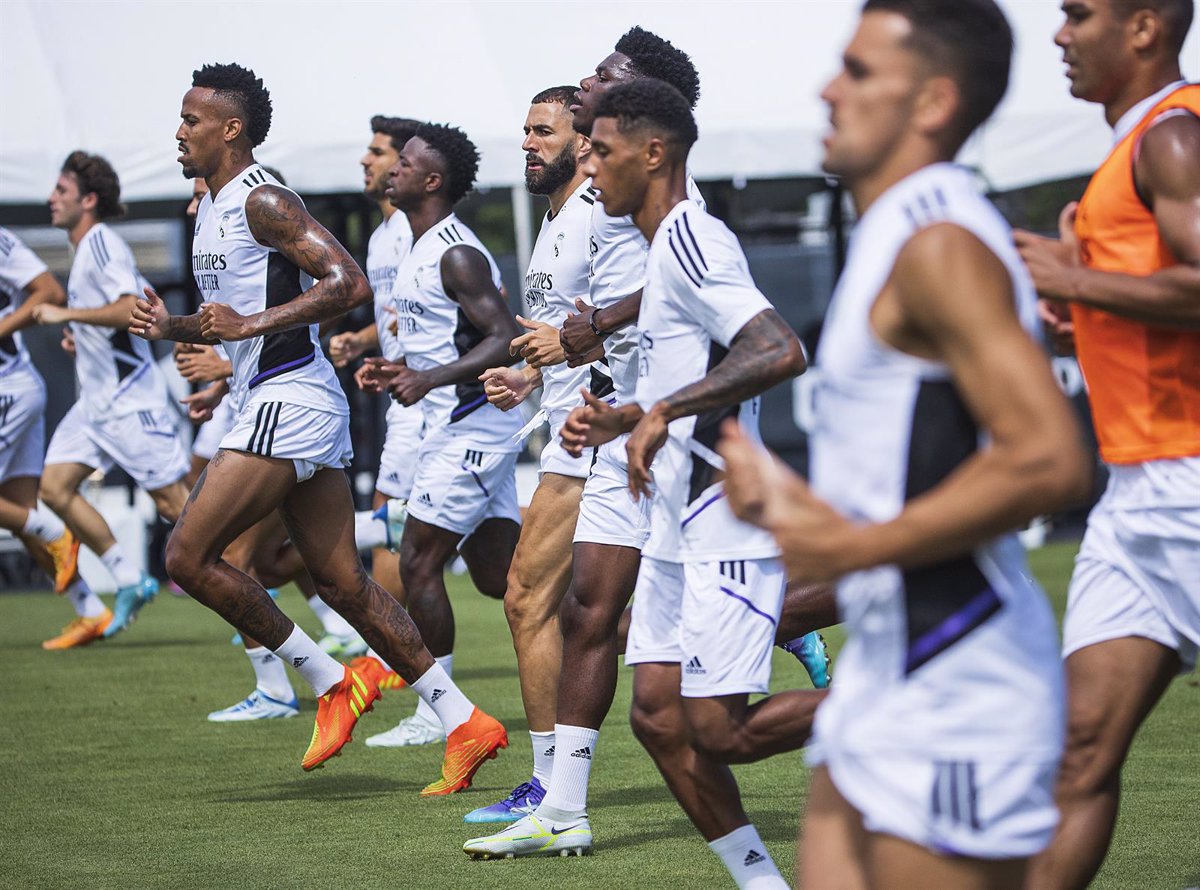 Real Madrid ended their pre-season tour in the United States with a win after beating Juventus (2-0) to pass the final pre-season test before playing the European Super Cup with flying colors thanks to goals from Karim Benzema a penalty and Marco Asensio.

With the “eleven” guy Ancelotti at the start, who is expected to win the first title of the season on August 10, the merengue team was a roller and gave the Italian club little chance in a Rose Bowl with 93,702 fans. Good feelings at the end of the pre-season that reveals a defensive power that makes madridistas optimistic. Add to that White’s signature hit that doesn’t seem to have disappeared, giving wings to an insatiable team.

Benzema is still unleashed. As he did against America a few days ago, the Frenchman opened the scoring again, this time from the penalty spot. Real Madrid’s high pressure paid off and allowed Los Blancos to launch a counterattack, with Vinicius leading the attack and reaching the opposition’s space where he was clearly brought down by Danilo. The “9” didn’t fail from eleven meters and scored the 1-0 in the 18th minute.

Real Madrid took the lead after just ten seconds, but Benzema’s goal after a rehearsed play was ruled out for offside. The Whites were very dominant and overshadowed a Juventus who didn’t hold back either. Vlahovic had his first minutes of pre-season, as well as two of his key signings, Torino Bremer and Di María, while Pogba did not play through injury.

The white goal suited Juventus well, who forgot about the inaccuracies and increased their pressure, but Modric and Kroos continued to move freely on the pitch, owners of the ball and the game. Without many more clear chances for either side, Real Madrid went into the dressing room feeling like they were clearly dominating the game physically as well.

Already in the second half, and only after Rüdiger changed to Militao at Real Madrid, it was the “Vecchia Signora” who struck first and took advantage of the Whites’ excessive relaxation at the beginning of the second game. A ball behind Carvajal’s back caught the white defense off guard, but Kean’s shot went wide and Courtois was able to easily catch it.

We had to wait until 60 minutes to see the white team’s second unit. Hazard, Asensio, Rodrygo, Camavinga and Co. jumped onto the field and provided freshness in a clear message from Ancelotti. The Italian is aware that last year’s starting XI is the best starting XI this year, neither Tchouameni nor Rüdiger can improve their penalty type, just as it remains latent that Mariano, Latasa, Odriozola and Mayoral cannot count for the Technician. For his part, there was a big Hazard who appears to be the backup ‘9’ and an Asensio who took his chance.

The Spaniard made it 2-0 in the 69th minute with a shot from close range into the middle by Vallejo from the left after Hazard’s great own effort. With that, Real Madrid ends their tour of the United States on a good note (loss, draw and win), already with the European Super Cup on August 10 against the concord between the eyebrows.

Previous articleBarbara Meier celebrates her adorable baby ball on the red carpet
Next articleFree to play for PlayStation and PC: For Honor free for a limited time