Rats in the kitchen of the Gregorio Marañón Hospital: “They move where they want” 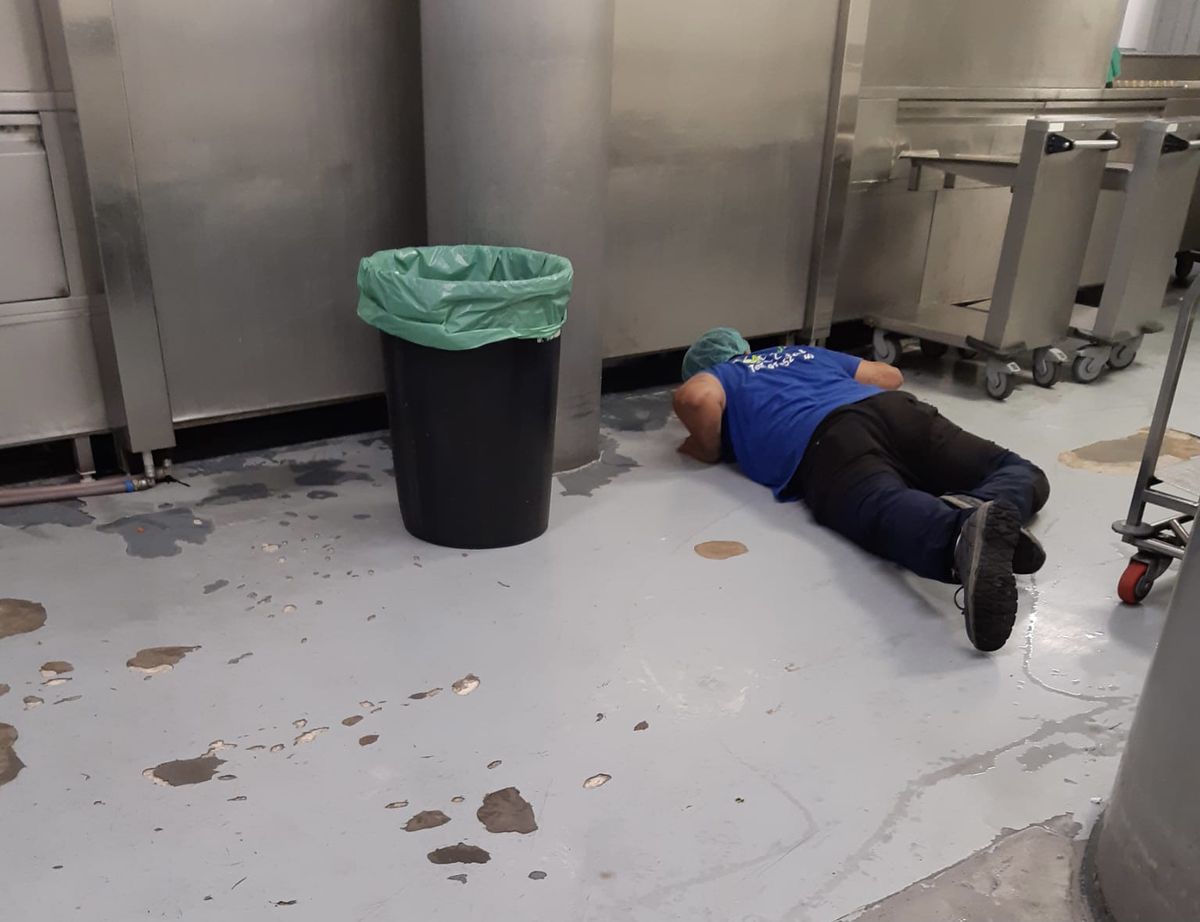 “The rat, the rat is back!” The scream comes from a kitchen worker at Gregorio Marañón Hospital, disgusted and panicking if the animal approaches her as she removes leftover food from the dishes and puts them in the industrial dishwasher. The rodent is an old acquaintance of cooks, kitchen help or hospital assistants, because it has been hanging around in the basement since last May. Also, it’s not the only one out there. The one you just saw is the big one. The one that scares workers the most. But there is more. “Here is a nest and they allowed them to breed. It’s disgusting,” explains one of the workers, tired of complaining and doing nothing. The truth is that from time to time a successful company goes unsuccessfully into the kitchen, which has a circular shape with an exit on Calle de Doctor Esquerdo, so that the area where the utensils are washed, the cutlery area , the food cooking area , the meat and fish section… “That means the rats move where they want.”

Víctor Tomé, Secretary General of the UGT del Gregorio Marañón, assures that this problem is “not new”. He’s not referring to the fact that these rats have been getting fat in the kitchen since last May, but that every year rodents are born, grow and breed among the workers who cook the food for the patients, “firstly, a problem of the public health and, secondly, the welfare of workers”. The last time they complained was in October 2019. And they haven’t done so again because the pandemic has shifted priorities in recent years.

For this reason, on June 28, at the Madrid Health Service (Sermas) office, he registered a letter addressed to the head of the Occupational Safety Service, warning of the existence of “an ant nest and a rat that are unable to eliminate”. Weeks later, on July 15, the UGT returned to the fray with another letter, clarifying that it was no longer a single rat but several in the plural and that the issue was far from resolved to be worse, they asked for the list with the intervention dates of the winning company responsible for the disposal of the animals. So far there has been no answer. And the rats continue to run around the kitchen, “getting bigger and safer,” describe several workers who see them on the morning shift, as well as in the afternoon and at night.

“We see some small boxes on the floor and glue. But it looks useless,” complains one of the chefs. The emergence of rodents has spooked several workers who had not been able to enter the kitchen area for “a long time” before being assured the rats were gone. “We told the chef, but he tells us there’s nothing he can do, that it’s not up to him to switch companies or not.”

The Hospital General Universitario Gregorio Marañón assures that it has a comprehensive pest control plan, the aim of which is to control the possible access of organisms to the center, prioritizing preventive measures and limiting the use of chemical products, which can only be used in the above cases measures are not sufficient. “Faced with the possible presence of a rat and after the inspection, the treatment was carried out in the area and the structural and sanitary-sanitary measures were strengthened, with continuous measures during the months of June and July,” said a spokesman. In one of these actions, a possible gap between the galleries and the areas of the washway that the rodent could get through was identified and sealed. “The hospital will begin remodeling, rehabilitation and modernization work throughout the wash train area, which will allow for the rehabilitation and modernization of these facilities,” he explains.

The winning company responsible for cleaning up the rodent nest is called BioVida Control Vectorial. “Something is not working with this deratization protocol. At the hospital they will say that they go every day and since we don’t know if that’s true, we asked them to give us the list of the procedures they performed. But time goes by and they don’t give us anything,” complains Tomé.

The problem, more than the panic generated by these animals, is the unhealthiness of their own waste found in various areas of the kitchen. And that they continue to multiply and manage to climb to the first floor. Yes, say the kitchen staff, the hospital management is being forced to act. “Because seeing rats running around in one of the most important hospitals in Spain is still not very popular.”

Every year, the Gregorio Marañón Hospital is included among the 100 most important health centers in the world. This year, according to the classification of the prestigious magazine, it took 75th place in the ranking news weekrecognized as World’s Best Hospitals 2022.

Previous articleGalaxy S22 +: Secure a powerful Samsung mobile at Mobilcom-Debitel at the best price of the moment
Next articleIEE forecasts 3.9% GDP growth in 2022 and raises inflation to 8% amid ‘huge uncertainty’