Raphinha: “Following in the footsteps of Brazilian idols at Barça is a great honour” 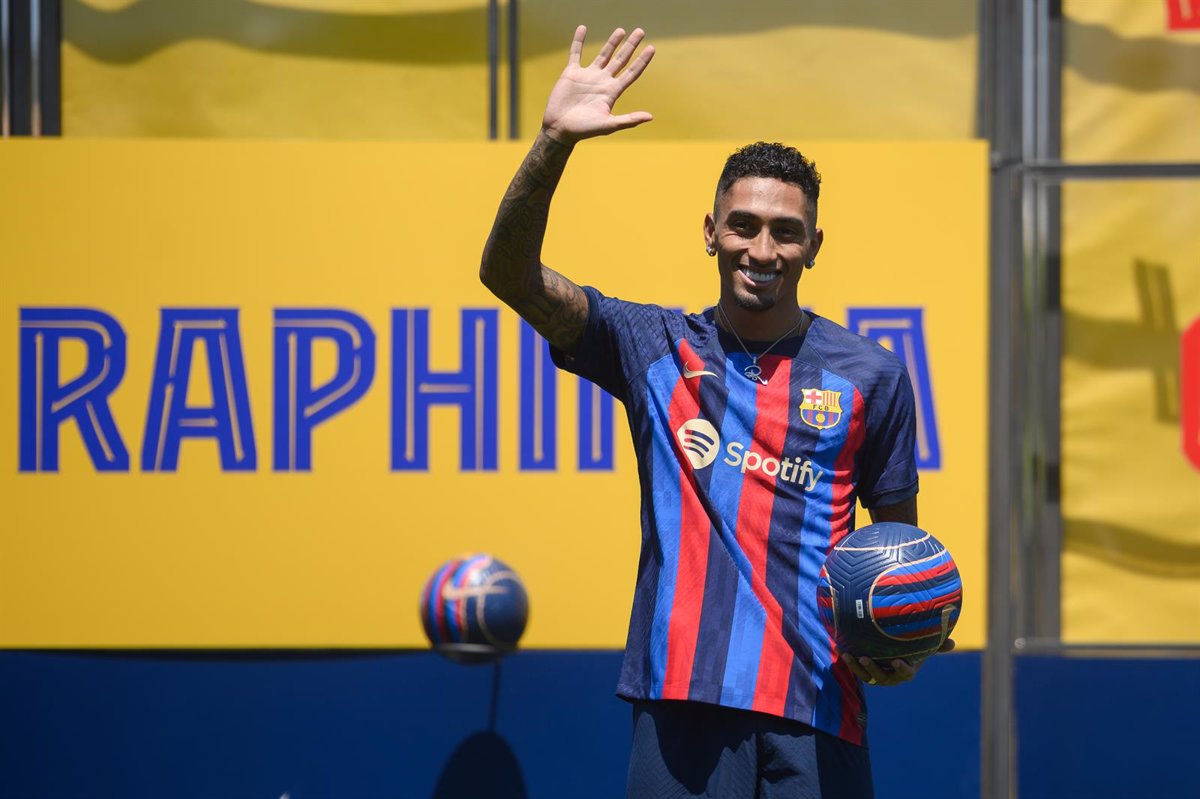 FC Barcelona attacker ​​Raphinha acknowledged that it was “a tremendous honor” to “follow in the footsteps of the Brazilian idols” who have passed through the Barça team, promising commitment and hunger for wins and Titles at a stage that he hopes will be many years.

“I’m a happy person who likes to get along with everyone. I like to always have a smile on my face. A person who is committed to everything he does,” said the Porto Alegre player this Thursday in an interview with Barça TV collecting Europa Press.

The former Leeds player is one of the big additions to Xavi Hernández’s side for next season. “The fans can expect a player who’s always fighting to win, who doesn’t like losing to anything. I really want to win, I’ll do everything I can to do my best to help the team,” he says .

“When the team does well, the individual shows, I really want to win the league, the Champions League, everything. As an individual, I have a dream to win the World Cup with Brazil and I will stay at Barça for many years. It. ” It was a dream to follow in his footsteps, Ronaldinho and Neymar, also Dani Alves, Romario, Ronaldo, Rivaldo, these are the Brazilian idols. To follow in their footsteps is a great honor for me, there are no words to describe the feelings,” he adds.

Raphinha spoke about Ronaldinho on the day of his presentation and once again showed his admiration for the legendary ’10’ culé and for Neyamar. “I always talk about Ronaldinho because ever since I can remember I started to understand football, when Ronaldinho came to Barça I always saw him play, do spectacular things, I always had him as an idol and then Neymar,” he admits.

The Brazilian winger acknowledged a difficult last season at Leeds as he battled for the Premiership category and admitted manager Marcelo Bielsa had been a positive influence on him. “It was very important for me, it got me out of France, it gave me confidence and then I managed to get into the Brazilian team, with the way he let me play, he did that Made the best of it,” he says.

“My real dream was to play professionally in Brazil and show my work to the Brazilian fans. I didn’t get it but I had another chance to stay in Europe. It was closer to my dreams to come here, playing the Champions League there, playing with Brazil. Today I’m making a bigger dream come true,” he adds.