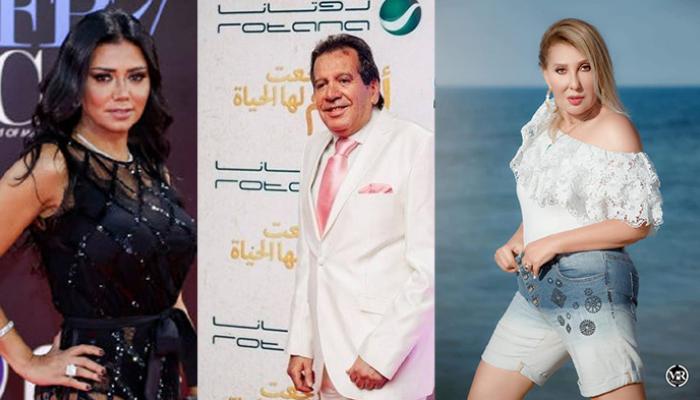 Egyptian producer, Muhammad Mukhtar, was a guest on the “Bilkhat Al-Arid” program with the media, Eman Abu Talib, on the Egyptian channel “Al-Hayat”, and his moving remarks about Rania Youssef and Nadia Al-Jundi finished off the concerns of the audience.

Producer Muhammad Mukhtar compared his first wife, artist Nadia Al-Jundi, and Rania Youssef, saying, “I don’t see the difference between the two because they are distinguished by their youthful spirit and exercise.”

Producer Muhammad Mukhtar said of the artist, Nadia Al-Jundi, that she was the winning horse in their joint artwork, indicating that he did not mind her cooperation with other producers.

Muhammad Mukhtar was born on May 28, 1953, the start of his entry into film production in 1980, and he married artist Nadia Al-Jundi in the late 1970s and produced for her many successful films such as: “Al -Batiniyah, Wekalat Al-Balah and Five Doors” and others, and separated in the late 1990s after a marriage that lasted some 20 years.

The dispute with Rania Youssef

He then married artist Rania Youssef in 2000 after his separation from Nadia Al-Jundi for three years and had two daughters with her, after which they separated in 2011, and in 2015 he married the young actress. Rana Al-Hawari and had her son.” Omar”.

He added: “I was by her side after she was fired, but I don’t know after that what turned our relationship into disagreements, but finally we have been for a year and a half with people who, Mr. Farid El-Deeb stepped in and told us It was a shame and we reconciled”.

And he continued: “I have never responded to Rania Youssef’s statements about me, and now our relationship is good, and I have never abandoned my daughters, but I have and hers, and the boys paid the price, and we reconciled for the the good of the girls’ eyes”.