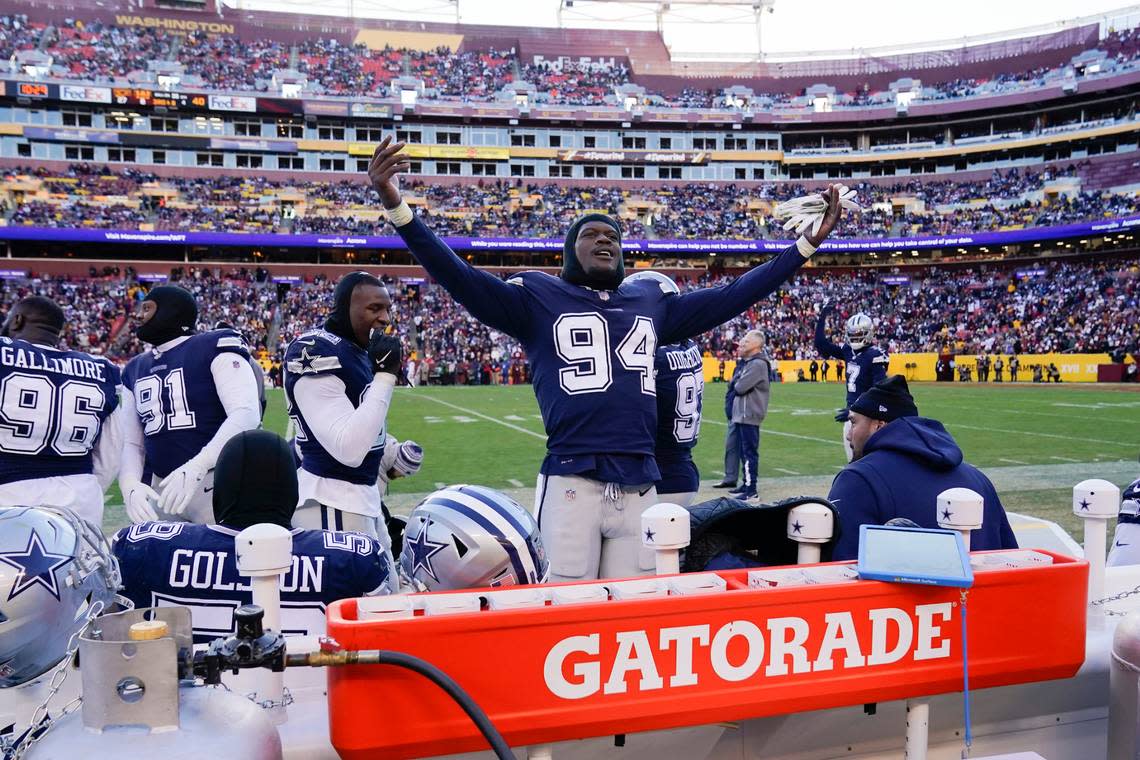 The Dallas Cowboys are putting the band back together on defense.

A day after signing defensive end DeMarcus Lawrence to a three-year, $40 million contract extension, the Cowboys agreed to a five-year, $70 million deal with defensive end Randy Gregory that includes $28 million guaranteed, according to sources.

The deal with Gregory allows the team to keep one of its best pass-rushers while tying up a relationship that showed commitment on the Cowboys’ part through four NFL suspensions.

In 2021, he showed his pass-rushing promise with a career-high six sacks in 12 games. He also recorded one interception, three forced fumbles, one fumble recovery, 19 tackles, four tackles for loss and 17 quarterback hits.

The 29-year-old underwent minor knee surgery in February after being hampered by a knee problem during the 2021 season, but should be ready for a full 2022 season after two straight off-seasons with the team for first time in his career.

Hooker played in 15 games with the Cowboys last year, recording 44 tackles and 3 starts.

He was at his best down the stretch and the Cowboys expect more from Hooker in 2022 as he will be a full season away from a torn Achilles tendon from 2020 in his final season with the Indianapolis Colts.

Hooker was a first-round draft pick by the Colts in 2017 and signed with the Cowboys as a free agent last year.

With Hooker gone, the Cowboys will focus on retaining safety Jayron Kearse.

- Advertisement -
Share
Facebook
Twitter
Pinterest
WhatsApp
Previous articleThis is why fuel prices remain high, despite the fact that the price of oil is falling
Next articleWoman detained under mental health law can make abortion decision – judge