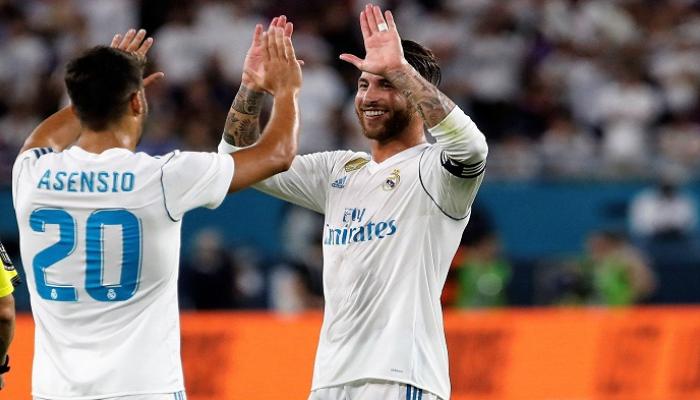 Real Madrid sent a final warning to Marco Asensio, of the need to resolve his position on the renewal of his contract with the club next season.

Real Madrid made an offer to Asensio some time ago to renew his contract, which expires in the summer of 2023, but the Spanish winger has not responded with rejection or approval so far.

According to the Spanish newspaper “Sport”, Real Madrid told Asensio that if he did not respond to the renewal offer before June 30, it would be put up for sale.

The newspaper stated that Real Madrid offered Asensio a 5-year contract without raising his annual salary (9 million euros), with an additional bonus of 1.5 million in variables.

Asensio’s current situation is similar to that of Sergio Ramos last summer, when Real Madrid gave him until March 2021 to respond to the renewal offer.

Although the former captain responded by accepting Real Madrid’s offer, his late response after the deadline had ended caused him not to renew his relationship with the team, so he moved to Paris Saint-Germain for free.

The newspaper pointed out that the defeat of Real Madrid against its rival Barcelona (0-4) in the Classic last week, increased the desire of Florentino Pérez, president of the Real Club, to sign the duo Kylian Mbappé, the star of Paris Saint-Germain and Erling Halland, the striker for Borussia Dortmund.

The contract of Mbappé and Halland will be accompanied by an extensive process of replacements and renewals in the ranks of the Madrid team, since the club’s management decided to get rid of Gareth Bale, Isco and Marcelo with the expiration of their contracts at the end of the year . season, and Eden Hazard, Luka Jovic and Mariano Díaz will also be put up for sale.

In front of the players whose destiny is already determined, there are pending cases that the Real Madrid administration wants to precisely determine their position before the start of the Summer Market, among them Asensio, who has no problem in his continuation, but in the conditions. imposed by the club.

In the event that Asensio does not agree with the offer, or does not respond before the indicated date, he will be put up for sale at the Mercato and will benefit from his economic exit, especially with the interest of several clubs in his inclusion, among which Liverpool and Arsenal stand out.

It should be noted that Real Madrid signed Asensio, 26, in the summer of 2015 from Real Mallorca for 3.9 million euros, and loaned him to Espanyol for a season before joining the royal team.

Since he arrived at Real Madrid, Asensio has participated in 226 games with the merengue shirt, in which he scored 47 goals and provided 23 assists.

This season, the Spanish player participated in 33 games for Real Madrid, in which he scored 10 goals and made one goal.