Ramadan war in Ukraine .. Does Putin turn off the flashlight? 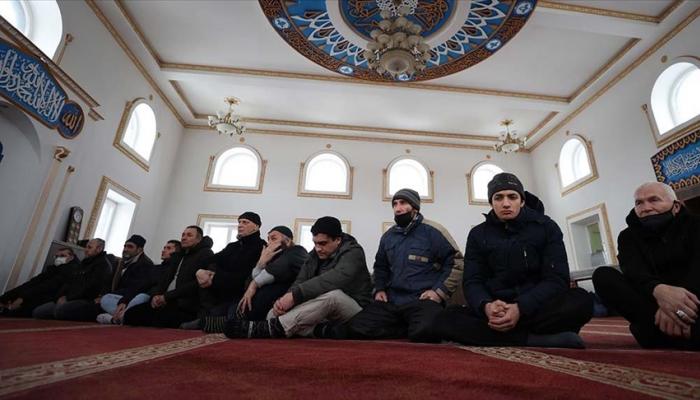 Ramadan came this year as the world is experiencing a crisis it hasn’t seen in years, reminiscent of the Cold War era and perhaps worse.

It degrades the Russo-Ukrainian war, so how do Ukrainian Muslims live their Ramadan in the shadow of war?
The appearance of the “Ramadan lantern”, as a custom associated with the holy month in some Islamic countries, especially Arabs, may not be present among Muslims in Ukraine, but it is symbolic that it threatens to be extinguished by the war that was provoked by the Russian president , Vladimir Putin, on the twenty-fourth of February last.

The “Lantern of Ramadan” is an ancient custom that began in the Abbasid state (the Islamic caliphate in the past and its center was Baghdad) and its objective was to illuminate the streets at night for the faithful to perform the evening prayers, Qiyaam and Tarawih.

Ukrainian Muslims and the Ramadan War

Despite their small numbers compared to the population, Muslims in Ukraine practice the customs and duties of Ramadan, including fasting, communal prayer, helping those in need, congratulating, and visiting.

A few convert to Islam in Ukraine (according to the little information available), and according to 2016 statistics; Muslims constitute only 0.9% of the total population.

The presence of Islam in Ukraine is ancient, dating back to the 15th century. The majority of Muslims in Ukraine belong to the Sunni Hanafi school. Islam is the largest non-Christian religion in Ukraine, and the majority of Ukrainian Muslims are Crimean Tatars.

Other indigenous Turkic peoples of Ukraine are found mainly in southern and southeastern Ukraine and practice other rituals of the teachings of Islam and include Volga Tatars, Azeris, Caucasian peoples, and Uzbeks.

In February 2016, Sheikh Saeed Ismailov (the Mufti of the Religious Administration of Muslims of Ukraine) counted the presence of one million Muslims in Ukraine.

But other sources claim that the entry of the Islamic religion in Ukraine dates back to the beginning of the 10th century AD. C., when Muslim merchants from the Arab countries, Turkey and the Caucasus came to Ukraine for commercial purposes.

The same sources said, according to their unofficial estimates, that there are more than two million Muslims in Ukraine, according to the Center for the Administration of Muslim Affairs in Ukraine. These Muslims have many mosques and religious institutions, the most important of which are four mosques: the Crimean Friday Mosque and the Kakh Khan Mosque, the Al-Rahman Mosque and the Sultan Suleiman Mosque.

Although Muslims in Ukraine do not have a basic governmental structure, the Muslim communities residing in the multi-ethnic regions are served by their own ethno-Islamic institutions. 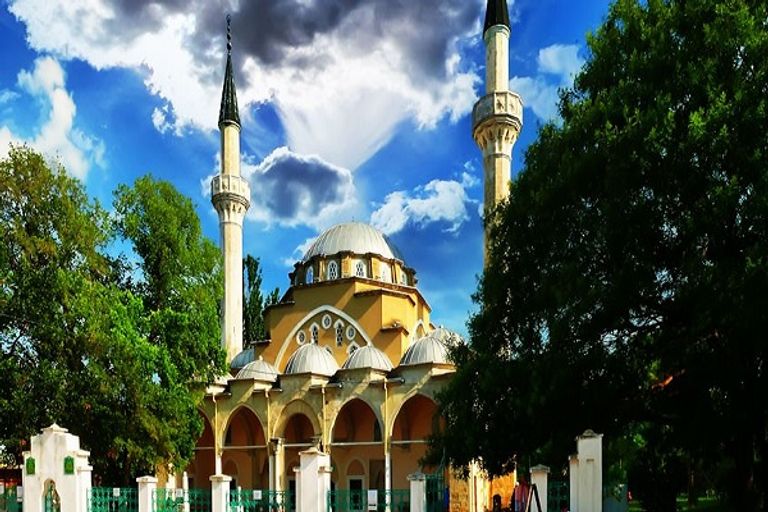 But Ramadan 2022, Zelensky may not have room to congratulate his country’s Muslims on Ramadan in light of a war that has left hundreds dead and wounded, partially destroyed the country’s infrastructure, and left nearly 4 million Ukrainians between displaced persons and refugees.

Last Ramadan, food parcel distribution campaigns were at the top of the list of Ramadan activities in Ukraine, imposed de facto by the Corona pandemic, and led to the cancellation of many group Iftars, which were the kiss of fasting people with their families before the pandemic. . 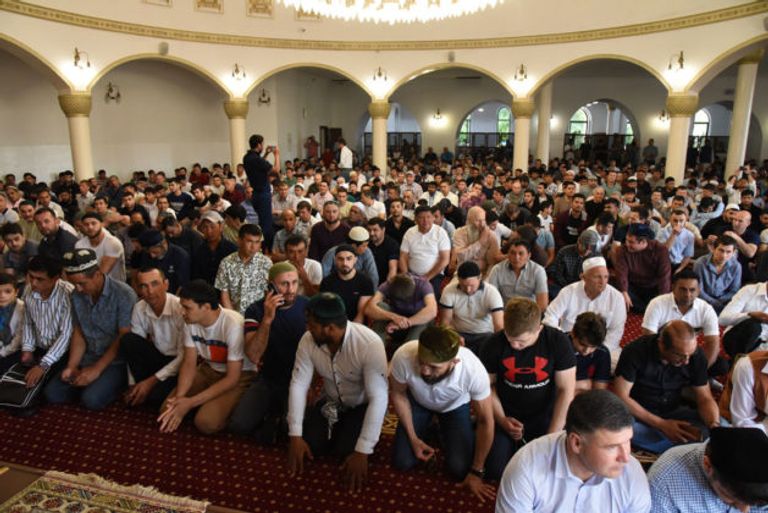 The parcel distribution campaigns came with the support of German, Turkish, Indonesian and Malaysian embassies and charities, as well as donations from Arab and Muslim communities, merchants and students, some of whom reside in Ukraine and others who graduated recently. many years. , according to those in charge of Islamic work in the country.

But the current science is that the Ukraine crisis goes beyond the limits of Ramadan assistance to help millions of displaced people and refugees of all faiths, not just Muslims.

On the occasion of the Ukrainian Zaporizhia, which aroused world panic after its nuclear reactor (the largest nuclear reactor in Europe) was slightly damaged by the war, raised fears of a nuclear leak and recalled the Chernobyl nuclear disaster in 1985. Director of the “Pioneer” office in eastern Ukraine: “We distributed more than 12,000 meals in Zaporizhia alone, and I think the numbers are in the hundreds in the cities of Lviv and Sumy as well.”

He added at the time: “Ramadan is coming to an end… We ask God to grant us success in fasting, standing and serving Muslims in the best possible way, and may He bless and reconcile Muslims.” everyone who looks at the Muslims of Ukraine with care and mercy during this holy month, and repays them all with much good.” What will the current Issa Ramadan say to the Ukrainians? 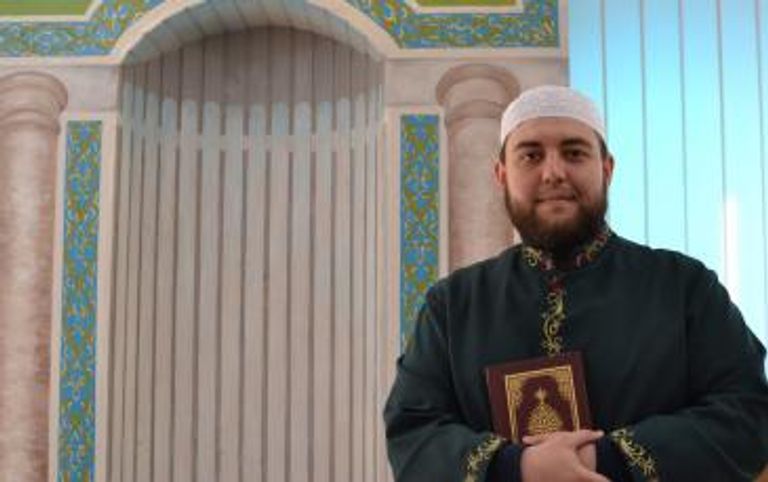 Will Ramadan come back?

It seems that in the current Ramadan, Ukrainian Muslims have no choice but to recall the memories of the last Ramadan 2021AD-1442 AH, which carried special slogans and “faith defense guidelines”, which were adopted by most cultural centers Islamic and social associations of an Islamic character in Ukraine.

Including what was mentioned by Murad Suleymanov, imam of the Islamic Cultural Center in the city of Lviv in western Ukraine, a member of the Ukrainian Council for Fatwa and Research, and an official of the Ukrainian Authority for the Teaching of the Koran, who spoke with “Ukraine Press ” about these trends, saying that they are limited to the slogans “The Koran and the Messenger”.

Suleymanov said: “We want the Koran to be the beginning of a new life for Muslims who fast in Ukraine in the month of the Koran, and this includes, in addition to recitation, reflection, revision and memorization, the following:
Regarding the slogan of “The Messenger”, Suleimanov said: “Ramadan is a great annual opportunity that brings us closer to our Noble Messenger and his good qualities, especially those that were associated with his manners and behavior during the holy month, and his precious values ​​such as mercy, charity and solidarity.

He concluded by saying: “We hope that by the end of the month we will achieve a tangible love that unites Muslims with the Qur’an and the Noble Messenger, and contributes to changing their lives and the reality of their nation inevitably towards the good and what is better.”