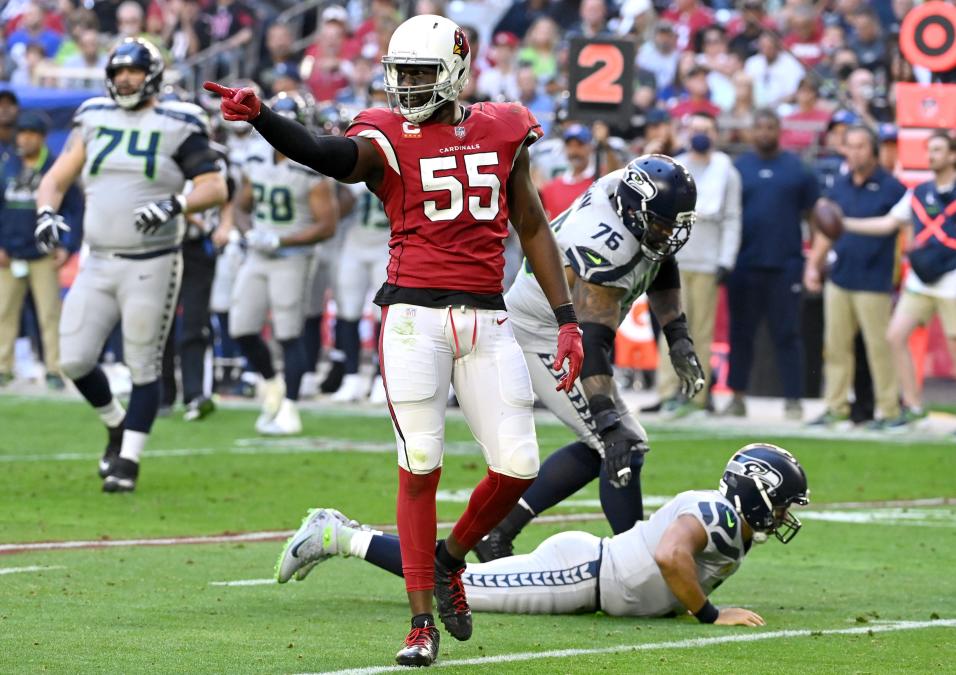 Another big name heads to the AFC West as a notable figure comes out of the division.

Four-time Pro Bowl pass-rusher Chandler Jones is finalizing a deal with the Los Vegas Raiders, a person with knowledge of the move told USA TODAY Sports. The person spoke on condition of anonymity because the deal is not yet official.

The 32-year-old Jones has the most sacks of any NFL player since 2012 with 107 ½. He had 10 1/2 sacks for the Arizona Cardinals last season, but five of them came in a Week 1 win over the Tennessee Titans.

He will meet with the new Raiders regimen of coach Josh McDaniels and general manager Dave Ziegler, who coincided with him during the beginning of his career with the New England Patriots. Raiders defensive coordinator Patrick Graham was the Patriots’ defensive lineman (2012-13) and linebackers coach (2014-15) during Jones’ time there.

In Las Vegas, Jones will team with Pro Bowl defensive end Maxx Crosby, who signed a four-year, $94 million contract with the team last Friday. The Raiders will lean on them to turn up the heat in a division that now boasts star quarterbacks in Patrick Mahomes, Justin Herbert and Russell Wilson.

The pair will join an AFC West loaded with star pass-rushers in Joey Bosa and Khalil Mack of the Los Angeles Chargers, Bradley Chubb and Randy Gregory of the Denver Broncos and Chris Jones of the Kansas City Chiefs.

Ngakoue, 26, had 10 sacks for the Raiders in 2021 after signing a two-year, $26 million deal last offseason. The Colts will be his fifth team in four years after stints with the Raiders, Jacksonville Jaguars, Minnesota Vikings and Baltimore R.

The Raiders are also set to release veteran defensive end Carl Nassib, a person with knowledge of the move told USA TODAY Sports. The person spoke on condition of anonymity because the move is not yet official.