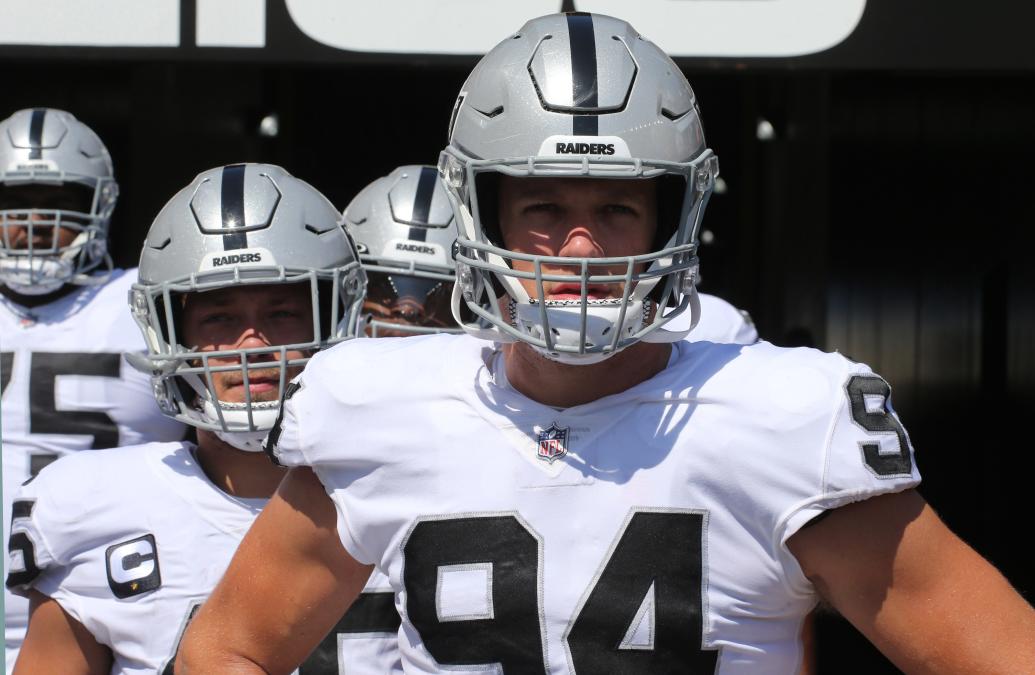 The Las Vegas Raiders are releasing defensive end Carl Nassib, the NFL’s first openly gay active player, a person with knowledge of the move told USA TODAY Sports’ Mike Jones. The person spoke on condition of anonymity because the move is not yet official.

ESPN was the first to report the news.

In 2021, his sixth NFL season, he recorded 21 tackles and 1½ sacks in 13 games as a backup to starters Maxx Crosby and Yannick Ngakoue. Later Wednesday, the Raiders agreed to a deal with four-time Pro Bowl pass rusher Chandler Jones, a person with knowledge of the move told USA TODAY Sports. The person spoke on condition of anonymity because the deal is not yet official. The Raiders have also agreed to trade Ngakoue to the Indianapolis Colts, NFL Network’s Ian Rapoport reported.

Nassib signed a three-year, $20.5 million deal in 2020 with the Raiders under then-general manager Mike Mayock, who was fired in January after three years.