Rafa Nadal on his upcoming fatherhood: ‘I don’t expect it to mean a change in my professional life’ 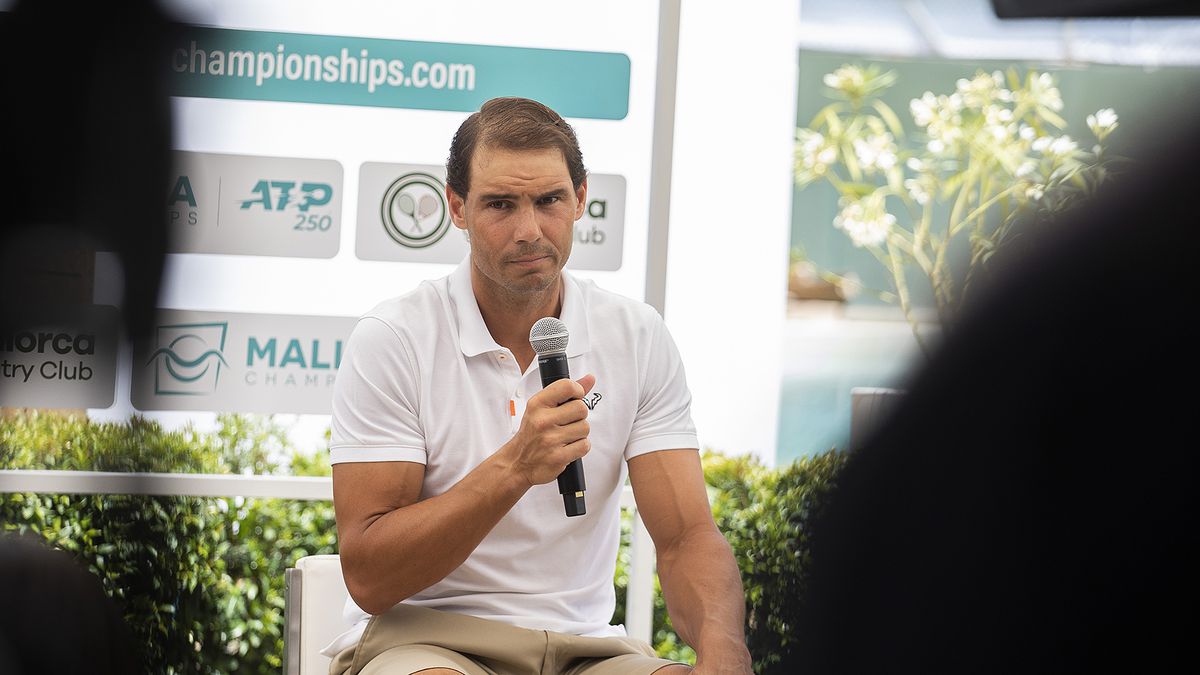 This Wednesday, the news first jumped onto the magazine’s pages Hi!: Rafa Nadal and his wife Maria Francisca Maria Perelló, they would become parents of their first child. An exclusivity that was accompanied by pictures of the couple on board a ship where the beginning of pregnancy could be seen. Then it was the Mallorcan newspaper Last minute the one that reported that Mery, who works as the director of the tennis player’s foundation, is five months pregnant. Then, before the questions from EL PAÍS, the tennis player’s environment was blunt: “Nothing to say on the matter.” Two days later, it was Rafa Nadal himself who confirmed the news of the birth of his first child. “If everything goes well, I’ll be a father,” he said at a press conference in Palma (Mallorca).

“As you all know, I’m not used to talking about my personal life because I think I’ve been exposed enough in my professional life; I’m quite open about this. But for the sake of peace of mind and as I understand it, and not just me but other people who live with me, we are better off living with a lower profile. “I don’t know how life changes because I don’t have experience in it, but I don’t expect it to mean a change in my professional life,” added the tennis player.

The couple has always wanted to keep a low profile when it comes to sharing their intimacy and family life with the rest of the world. Something he himself confirmed on Wednesday at an event in the Mallorcan city organized by the Balearic government to celebrate his professional career and his recent win at Roland Garros, the fourteenth of his career. “Here I’m respected and I live like a normal person, that’s very important and gives me a full and happy life,” said the best Spanish tennis player of all time. “It’s a simple recognition, that’s me,” he assured during the short ceremony.

Even on their wedding day, which took place on October 19, 2019 at the Sa Fortaleza estate in Mallorca, their home, the couple only made a few pictures public. A private connection to protect the privacy of their guests, including tennis players such as David Ferrer, Feliciano López or Carlos Moyá, who arrived by bus. In addition, the bridal couple expressly asked their friends and family not to bring cell phones to the celebration. A measure that also reached all the employees of the subcontracting companies, who were forced to sign non-disclosure agreements in order to be able to offer their services.

Nadal, who just turned 36, and Perelló, who will soon be 34, have been together for 18 years. The tennis player had already expressed his desire to have children on previous occasions. “I hope to be in your situation before too long,” he replied to Andy Murray during a conversation two years ago when the Scottish tennis player told him about his three children. “I would like to have some children. I am a child-loving person, I know my way around very well and of course I would like to start a family. But I also tell you that today it is true that the years go by and a decision has to be made, I want to start with all this when my sporting life is over,” he said in another interview in 2017.

This Friday, the tennis player also confirmed that he will be traveling to London next Monday to take part in the Wimbledon tournament. “My intention was to try and play Wimbledon if there was a chance. This training week here tells me there might be a possibility,” to which he added, “if things don’t go the way I’d like as the days go by, well we’ll see.”

Will the euro become a soft currency?