Queiroz: “We will defend with 16 players against Senegal” 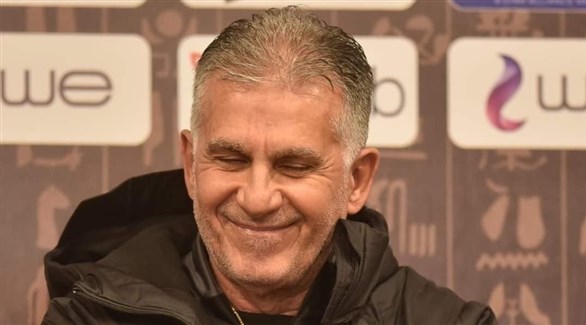 The coach of Egypt, Carlos Queiroz, confirmed that the ‘Pharaohs’ will defend with 16 players, to maintain a 1-0 lead over Senegal, which will be played tomorrow, Tuesday, at the Abdullah Wade stadium, in the second leg of the tie. for the African. Qualifying for the 2022 World Cup. .


The Egyptian national team coach said: “What I mean by 16 players is that each player must make the effort of two players, not just one.”

He added: “We deservedly won the first leg against the best team in Africa, and now we are going to Senegal to fight for every metre, every ball, every Egyptian must redouble their efforts.”

He continued: “We are ready for the second half. We will do our best to win this double matchup and qualify for the World Cup. This is my first visit here to Senegal.”

He continued: “Senegal has the beauty of the landscape. Tomorrow will be a day like any other day in the history of football. We know the quality and skills of Senegal, so we must have the courage to fight against this team.” He will defend well to win this game.”

He continued: “We have no problems, we are well prepared in Cairo, and we have almost finished our preparation there, all the players are ready, there are no injuries.”

“If we can do it again tomorrow, I’m sure we’ll have a good game, but my philosophy is that we never play against Senegal or Cameroon, we play against ourselves.”

He continued: “The day I feel that I can no longer win a football game I will stop training, as I told you, I have been doing this job for 45 years, and I have never seen a team that has 100% possession of the ball. ball, in the last game we took 46% and in the final of the African Cup of Nations 51%”.

He added: “We have a lot of respect for this team that has excellent players and a great manager, but when they only allowed us to have 5%, it could have done miracles with magical things.”