Queiroz: We are ready to face Senegal and I expect the support of the public 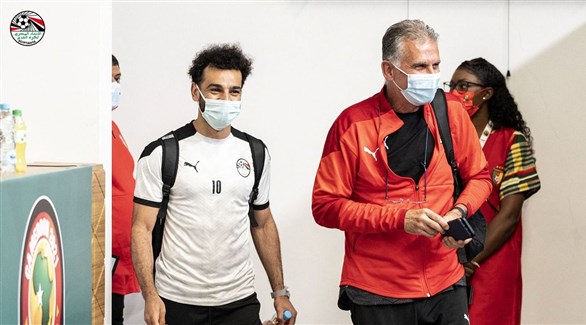 The coach of the Egyptian team, Carlos Queiroz, confirmed that tomorrow, Friday, the confrontation with Senegal in the third and playoffs of the African qualifiers for the Qatar 2022 World Cup will not be resolved.

Queiroz said at a press conference on Thursday that the game scheduled for tomorrow night at the Cairo Stadium will not decide the tie for the 2022 World Cup in Qatar, stressing that there is another stage in Dakar.

He added: “The match will consist of two halves, the first in Cairo tomorrow and the second in Dakar next Tuesday. The team that is technically and physically ready will be the holder of the World Cup qualification card.”

He explained: “We have 23 players who are physically and technically ready to play both games. My confidence in them is limitless after seeing them train with enthusiasm, passion and concentration in the last few days.”

He continued: “I am expecting the massive support in the stadium from the match tomorrow, they are the 12th player and he will have a supreme speech in the first match tomorrow.”

He stressed that the absence of Mohamed Salah in the press conference has no other reason than to highlight the treatment of the team as a single family.

He said that he was interested in the presence of Amr Al-Sulayya so that the message would be clear, they are a family, no matter who registers or plays, but the most important thing is to win and qualify for the World Cup. 2022.

For his part, Al-Sulayya, the Egyptian midfielder, confirmed the team’s willingness to face Senegal tomorrow.

He added that the team is ready and enthusiastic about the game, and has its sights set on achieving victory, to go to Dakar and book the ticket to the World Cup.

He explained: “We are doing everything possible to win tomorrow’s match, so that we can travel to Dakar in better conditions than the opponent.”

Al-Sulayya continued: “We respect the Senegalese team, as it is a big name, and we have not forgotten the loss of the African Nations Championship title against it last February.”