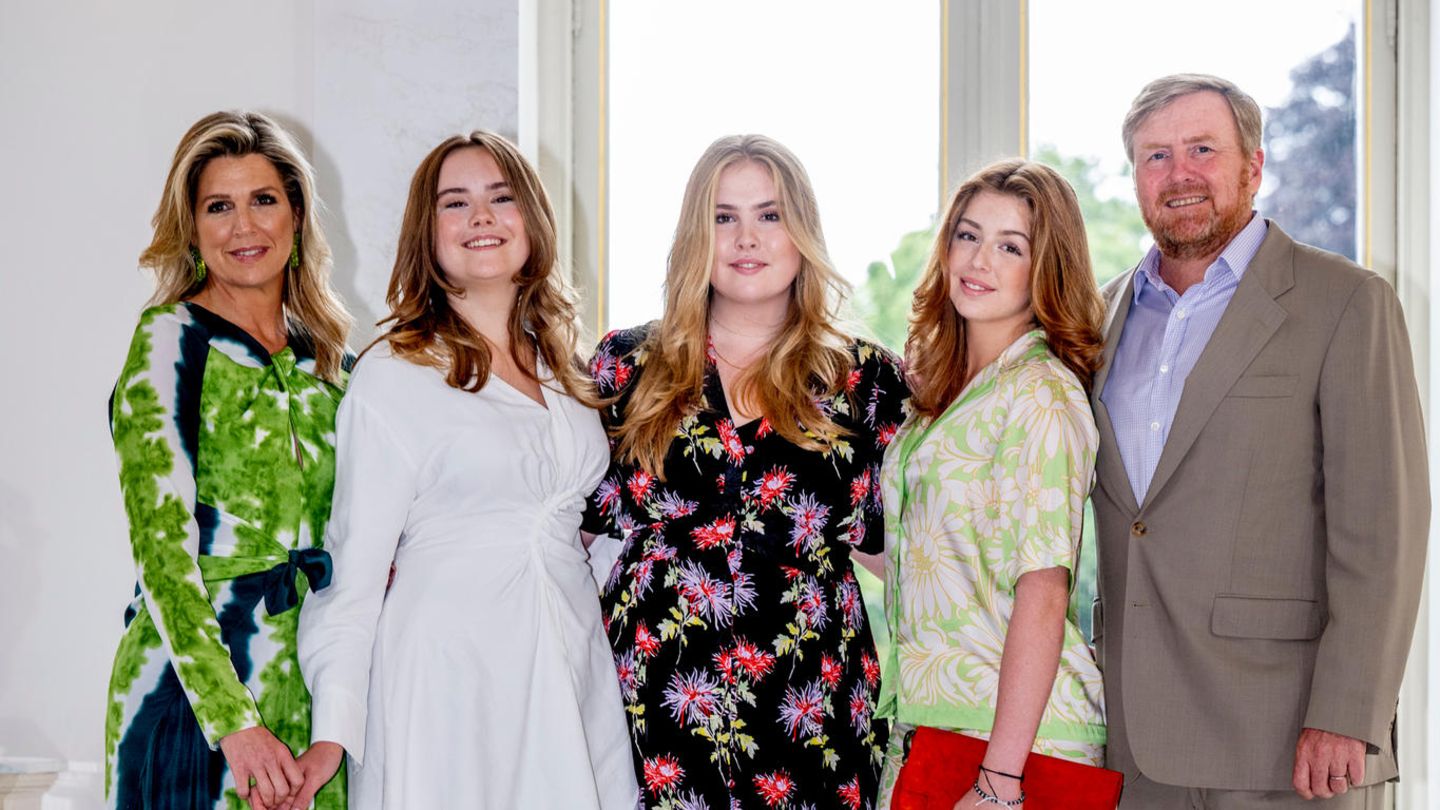 In early 2012, King Willem-Alexander and Queen Máxima bought a dream vacation home in the village of Doroufi on the Kranidi coast in southern Greek Argolis for around 4.5 million euros. Since then, members of the Dutch royal family have preferred to go there with their three daughters several times a year.

The Dutch royal family has been on a well-deserved summer vacation for two weeks now. On July 8, 2022, King Willem-Alexander, 55, and Queen Máxima, 51, boarded the government plane with their daughters Princess Amalia, 18, Princess Alexia, 17, and Princess Ariane, 15, and traveled to Greece for the long-awaited vacation. From Athens, it only takes a short helicopter flight or a two and a half hour drive to get to Doroufi.

Reine Máxima & Co.: Its estate in Doroufi offers all the amenities

After two years, there are finally no more travel restrictions due to the corona pandemic. Last year, the family had to wear a mask. Since June 1, 2022, mouth and nose protection in Greece is only mandatory in healthcare facilities and on public transport. What a relief, especially with the current temperatures around 33 degrees Celsius.

New photos of the royal family

The Royals make a great team in the summer photo shoot

The family’s villa, which they bought from German photographer Manfred Rieker, is in a quiet area and offers sea views. It is actually three houses that are connected to each other. After all, the property is 4000 square meters. There’s a private pool and even a dock for the king’s super yacht.

There could not be more ideal conditions to provide all family members and guests with enough space and opportunities for recreation. Máxima and her husband hold an open day. Their children’s friends are always welcome, as well as their own acquaintances. Willem-Alexander said in July 2021: “Our girls love being in our house in Greece. I think they will decide for themselves who they take with them and maybe ask us from time to time not to be there. ” And if unauthorized people attempt to enter the property during this time, security guards will monitor the royal family’s privacy with their own checkpoints.

The stay will last at least one month. Although this is a private vacation, information about the family’s leisure activities has been given many times over the years. Of course, Willem-Alexander has to be ready and approve the laws on his iPad, and Máxima never completely puts her job aside either. And yet, it’s time to relax from the often difficult royal existence, as Willem-Alexander revealed last year: “What I particularly expect is that there are really five of us and that we are gone, and it’s really possible there. It’s wonderful. The feeling of freedom of being five on a boat, without bodyguards, without personnel, no one at all, just the five of us. And that didn’t no price.”

The royal family likes to set their sights on delicious food

In the nearby village of Kilada, like Doroufi itself, there is little to do. Kilada has a small supermarket and a few restaurants. With “Alma”, the king’s yacht, the most beautiful and mostly idyllic places in the region are easily accessible for day trips. The family likes to go to the island of Spetses, where the Dutch’s favorite restaurant is located in the harbour. The “Orloff” even entered the top 100 of the best restaurants in the country in 2020, according to the website of the traditional temple of pleasure. Willem-Alexander even celebrated his birthday there once.

In the summer of 2020, the royal couple traveled island-hopping together and visited Mykonos and Milos, among other places. The three young princesses should be able to feel free in Greece. In addition, the family has many friends in the area. Former Greek royal couple Konstantin, 82, and Anne-Marie, 75, lived in Porto Heli until recently. However, they recently moved to Athens, where their son Prince Nikolaos, 52, and his wife Princess Tatiana, 41, also live. Guests who like to be invited into the paradise house are, for example, Máxima’s mother, Maria del Carmen Cerruti, 77, her lady-in-waiting Pien van Karnebeek with her husband Jan Derck or the interior designer Mariska Dietz . It’s easy to imagine that on occasion, this casual round with a hearty moussaka, a few glasses of the best Greek wine and a little ouzo will end a hectic day in complete relaxation. Who wouldn’t want to trade places with them?